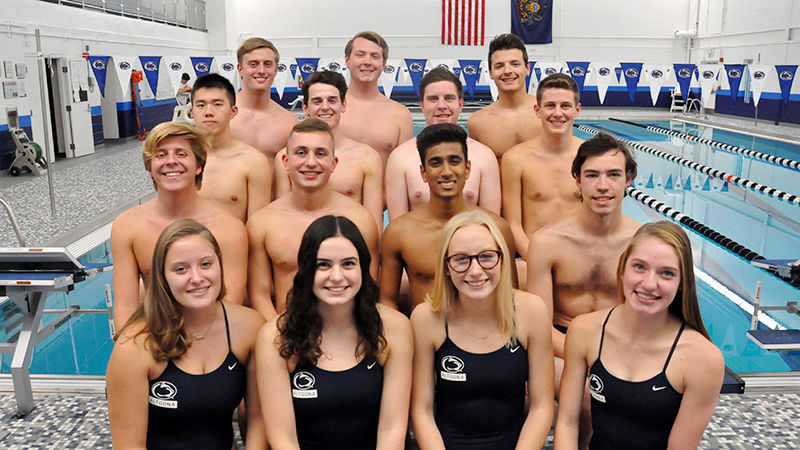 COLORADO SPRINGS, Colo. — For the second year in a row, the College Swimming and Diving Coaches Association of America (CSCAA) has selected the Penn State Altoona men’s and women’s swimming teams for Scholar All-American honors, as the organization released the recognition on June 30.

Penn State Altoona was one of 461 schools across the nation to receive the award for the spring semester. Teams were selected on the basis of their spring grade point averages and represent 17,982 student-athletes from NCAA Divisions I, II and III, as well as NAIA and junior college programs.

“No team was unaffected by this spring’s pandemic, but Director of Athletics Brent Baird and Chancellor Lori J. Bechtel-Wherry should be proud of their team and the work of Brad,” Earhart stated.

Because of institutional adjustments to grading systems, the CSCAA will not be publishing team GPAs with this year’s Scholar All-America team honors.

To view the full release on the 2020 CSCAA Scholar All-America teams, visit the organization’s website HERE.

Founded in 1922, the College Swimming and Diving Coaches Association of America (CSCAA) is the nation’s first organization of college coaches. The mission of the CSCAA is to advance the sport of swimming and diving with coaches at the epicenter of leadership, advocacy, and professional development.