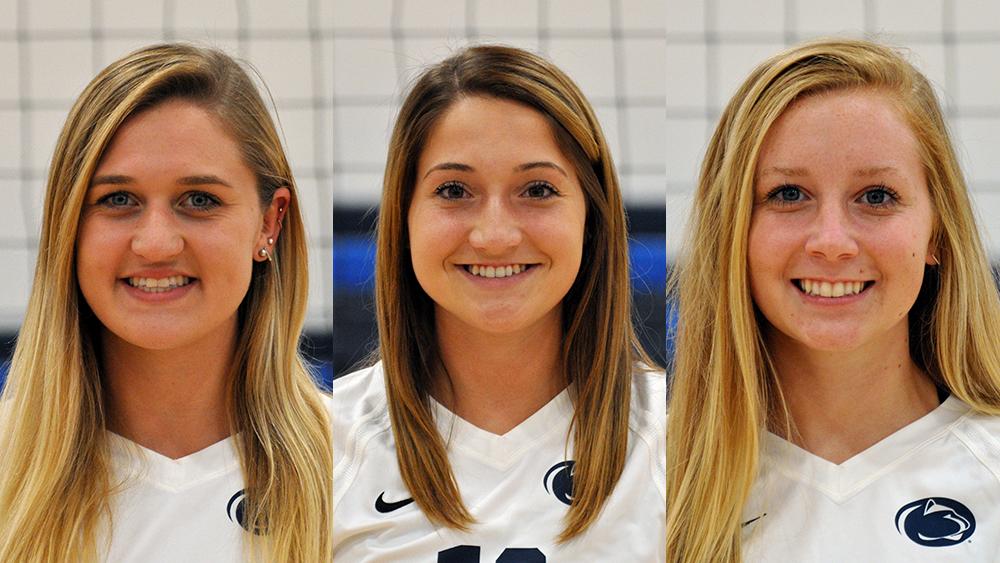 Diller emerged as one of the top outside hitters in the AMCC during her sophomore campaign this fall. In the conference, she ranked fourth in kills (263), fifth in points (301.0) and points per set (3.1), sixth in kills per set (2.74), 11th in digs (335), 13th in digs per set (3.49) and solo blocks (13), and 22nd in total blocks (29). Diller appeared in all 26 matches for the Lady Lions during the season, playing in 96 out of 97 possible sets. She earned one AMCC Player of the Week award, as well as one Eastern College Athletic Conference Division III South Region Offensive Player of the Week recognition. This is Diller’s first career appearance on an AMCC All-Conference team.

Bristol posted another strong season for the women’s volleyball team, despite suffering an injury in mid-October that forced her to miss seven matches before her return to the lineup. She ranked seventh in the AMCC this season in kills per set (2.45), eighth in points per set (2.9), 11th in digs per set (3.55), 19th in kills (162) and digs (234), and 22nd in hitting percentage (.159), service aces per set (0.32), and points (189.0). Bristol played in 18 of her team’s 26 matches, including appearing in 66 total sets. She was named the AMCC Player of the Week once during the season. This is Bristol’s second selection to an All-AMCC team, after being voted first team All-Conference as a sophomore in 2016.

After falling in the AMCC Tournament semifinal round, Penn State Altoona women’s volleyball was chosen to compete in the Eastern College Athletic Conference Division III Championship Tournament for the second consecutive season. The Lady Lions travel to face Westminster College today, Wednesday, November 8 at 7:00 p.m. in the ECAC Tournament’s opening round.