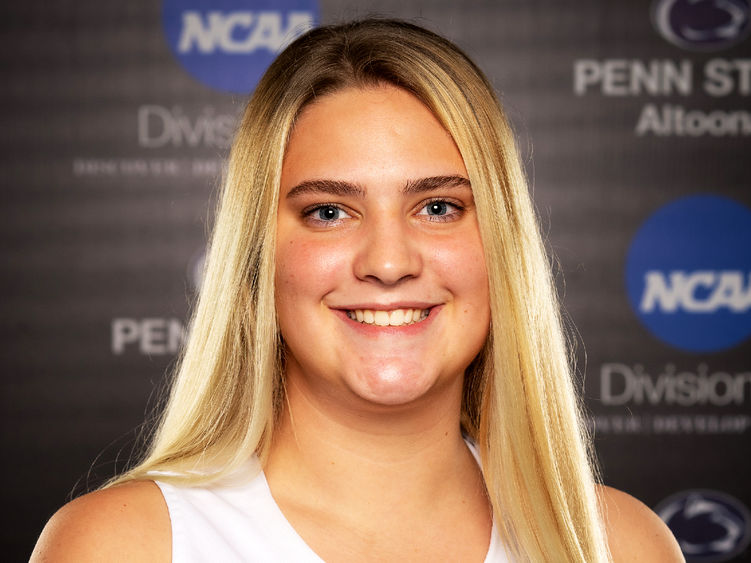 In Wednesday night’s 59-55 loss at AMCC rival Mount Aloysius College, Cannistraci scored 20 points to move into first place on the team’s all-time scoring list while also grabbing a season-high 16 rebounds to notch her second double-double of the year, and she added one assist, one steal, and one block. During Saturday afternoon’s 70-54 win at home against conference foe Pitt-Bradford, she scored 20 points again to go along with eight assists, seven rebounds, three steals, and one block.

This is Cannistraci’s first AMCC Player of the Week award this season, and it is the fifth of her collegiate career.

Penn State Altoona women’s basketball is 2-9 overall and 1-4 in the AMCC. The Lions’ next game is Monday, Dec. 20, when the team hosts nonconference opponent Chatham University at 2 p.m. in the Adler Arena.