ALTOONA, Pa. — After not holding its Intercollegiate Athletics Honors Ceremony in person each of the past two years, Penn State Altoona Athletics returned to its normal year-end awards program on Sunday, May 1, hosting student-athletes, coaches, and department staff for an evening of individual and team recognitions in the Adler Arena.

As usual, the ceremony was highlighted by a trio of individual honors: the Male and Female Scholar-Athlete of the Year awards and the Jim R. Ellis Leadership Award. The Scholar-Athlete of the Year awards are given to a pair of student-athletes who possess cumulative grade-point averages of 3.0 or higher, have had distinguished athletics accomplishments in their respective sports, and have demonstrated leadership skills and outstanding character. The Ellis Award, named in remembrance of former men’s basketball assistant coach Jim Ellis, is given to one student-athlete who demonstrates the values of leadership, caring, civility, honest, integrity, and responsibility. 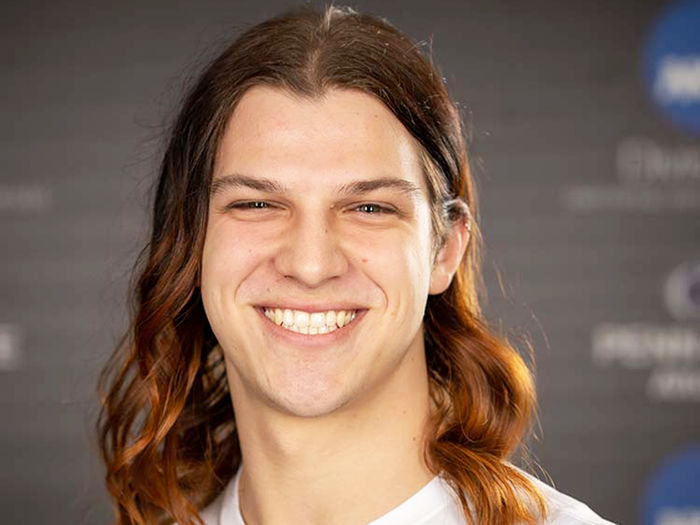 Brinker had a strong season for the Lions on the tennis and volleyball courts.

In men’s tennis, Brinker helped Penn State Altoona to a 4-1 record in the Allegheny Mountain Collegiate Conference (AMCC). The Lions clinched the number one seed in the conference tournament, during which the team went on to finish as runners-up. Brinker posted an 8-6 overall record in doubles matches, including going 4-1 in the AMCC, and he was also 6-6 in singles matches with a 3-2 mark in the conference. The senior was voted first team All-AMCC in the No. 2 doubles position, where he and teammate Casey Hess combined to go 6-6 overall and 4-1 in the AMCC.

In men’s volleyball, Brinker was the primary libero on a Lions squad that went 16-13 overall, including 11-5 in the AMCC. Brinker and his team reached the semifinal round of the AMCC Tournament, then were selected to the Eastern College Athletic Conference’s Division III Championship Tournament for the first time in program history. The Lions reached the championship match of the ECAC Tournament and finished as runners-up. Brinker appeared in 27 total matches for Penn State Altoona, and the senior was voted third team All-AMCC after finishing sixth in the conference in digs per set (2.33).

Brinker earned a spot on the AMCC’s Academic All-Conference team as a Peak Performer, a designation given to a student-athlete who achieves a GPA of 3.5 or higher. He was also a representative on Penn State Altoona’s Student-Athlete Advisory Committee. Brinker graduated from Penn State Altoona with a degree in nursing.

“Micah is the perfect definition of a student-athlete,” said Penn State Altoona tennis head coach Megan Stern. “He has completed an astounding 300 clinical hours during the Spring 2022 semester, all while attending class and playing two different collegiate sports. He also had an impressive senior year athletically and was a clear leader to his teammates on the tennis team.”

“Micah helped anchor our defense and serve receive. He has been a constant fixture and leader throughout the season, making outstanding plays all over the gym,” Peterman stated. “He always puts the best interest of the team in front of his own. He deserves to be rewarded as the Scholar-Athlete of the Year, not only for his accomplishments on the volleyball and tennis courts, but especially for his contributions in the Nursing classroom, community, and Athletics department.” 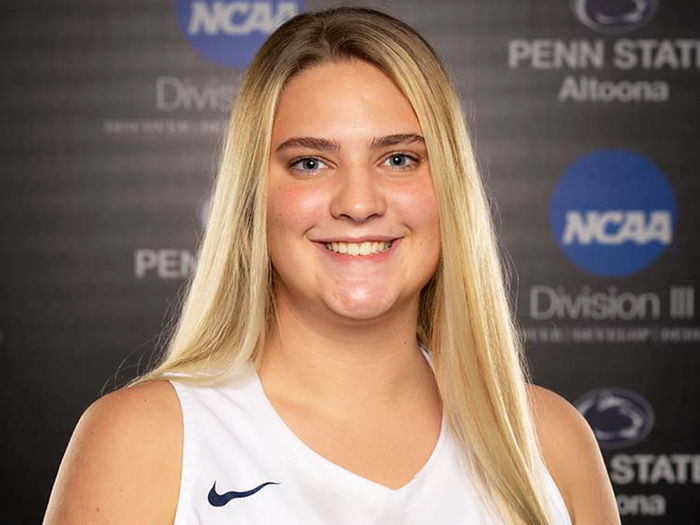 Cannistraci was a standout starter on the Penn State Altoona women’s basketball and volleyball teams.

In basketball, Cannistraci was voted the AMCC’s 2021-22 co-Preseason Player of the Year, finished the year by receiving first team All-AMCC honors, and became the women’s basketball program’s all-time leading scorer along the way.

Cannistraci earned a place on the AMCC Academic All-Conference team, and she was part of a Penn State Altoona women’s basketball squad that was recognized as an AMCC Team Peak Performer for the first time in program history for having the highest team GPA among all women’s basketball teams in the conference. She was also an active member of SAAC. Cannistraci graduated from Penn State Altoona with a degree in kinesiology.

“Alexis has helped provide offensive power, blocking at the net, and fantastic enthusiasm,” said Peterman, her volleyball coach. “She has helped to elevate her teammates’ level of play on and off the court. She also displays her leadership skills as a member of SAAC and the National Society of Leadership and Success. She should be what every athlete strives toward at Penn State Altoona.” 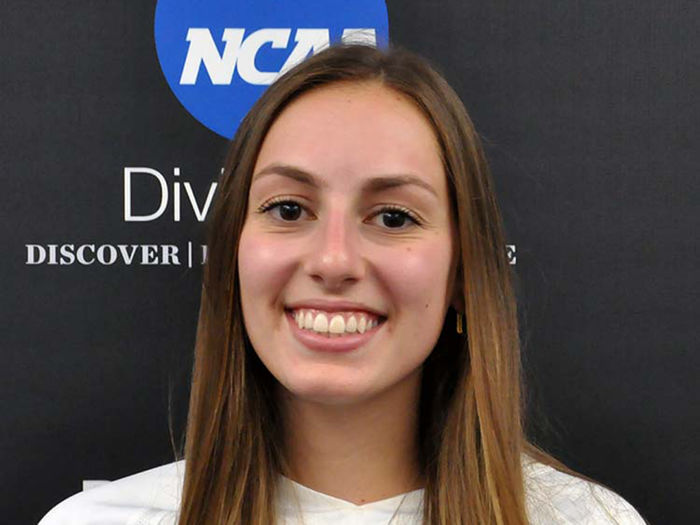 Lutz, a junior libero/defensive specialist on the women’s volleyball team, spent her first season with Penn State Altoona after transferring to campus following her sophomore year.

Lutz was a captain on the Penn State Altoona women’s volleyball team that went 16-5 overall and 6-2 in the AMCC this season. She was voted to the second team of the All-AMCC squad, playing in all 21 matches this past season and ranking second in the conference in digs per set (4.86) and total digs (340).

Off of the court, Lutz has taken on a leadership role within the women’s volleyball program and the Athletics department as a whole. As a member of SAAC, she utilizes social media to promote varsity sporting events and initiatives while also working on volunteering and community service projects that include assisting with the Special Olympics of Blair County. Lutz is also helping to spearhead fundraising efforts to benefit the Penn State Altoona women’s volleyball team.

Outside of the campus community, Lutz mentors young volleyball players as a coach with the Horseshoe Volleyball Club, assisting with practices and helping to mentor youth volleyball athletes. She also volunteers in State College with Centre County PAWS, an organization that promotes animal welfare and safety.

In the classroom, Lutz earned Peak Performer status on the AMCC’s Academic All-Conference team. She is majoring in kinesiology.

“Erin exhibits the characteristics of Jim Ellis in her daily life,” said Peterman, her volleyball coach. “She is constantly giving back to the community, spending countless hours volunteering her time while maintaining great grades. She has already had a distinguished career in athletics, and she also displays leadership and responsibility.” 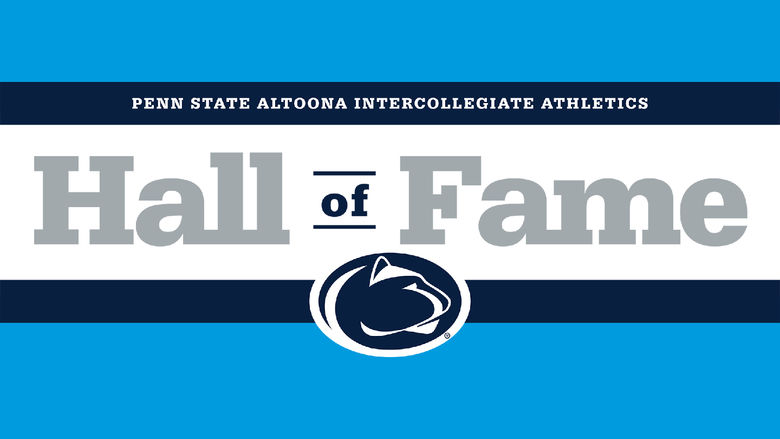 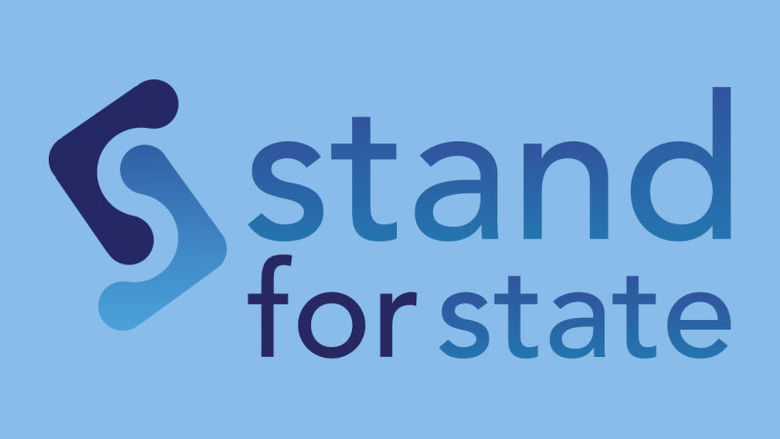 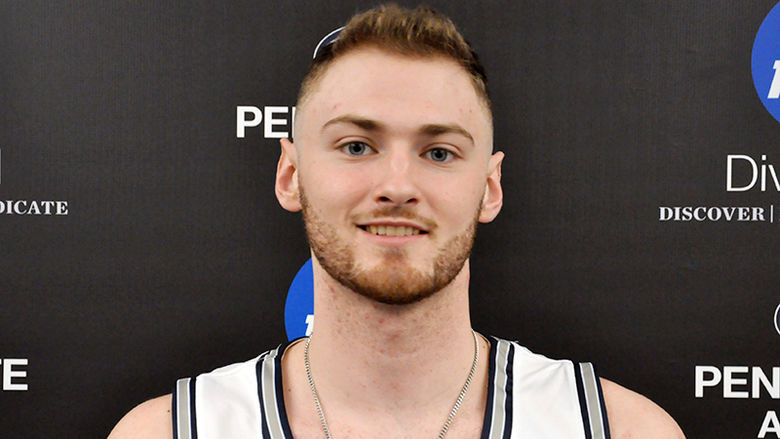