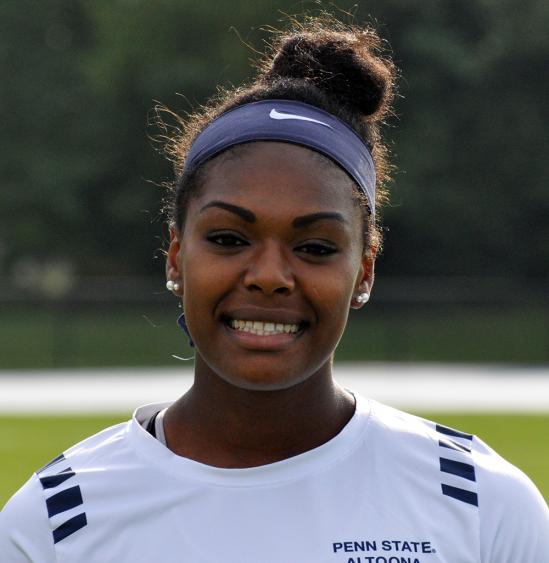 Mahoney set personal career-highs in goals, points, and shots during her senior season with Penn State Altoona women's soccer. She led the Lady Lions in 2017 in points, goals, shots, shots on goal, and game-winning goals.

Mahoney was one of four players on her team to start all 17 games this fall. In the AMCC statistics, she ranked second in the conference in shots on goal (43), third in goals scored (16), points (34), and total shots attempted (83), and fourth in game-winning goals (3). The senior also recorded two assists.

This is the third time in Mahoney's four-year Penn State Altoona soccer career that she has been voted to the All-AMCC squad, and it is her first time as a first team All-Conference pick. In 2015 as a sophomore, she earned third team All-Conference recognition. In her junior campaign of 2016, she was selected to the second team of the All-AMCC squad.

Penn State Altoona women's soccer finished the 2017 season with a 5-12 overall record and a 3-6 mark in the AMCC. The team was eighth in the conference's regular season standings.