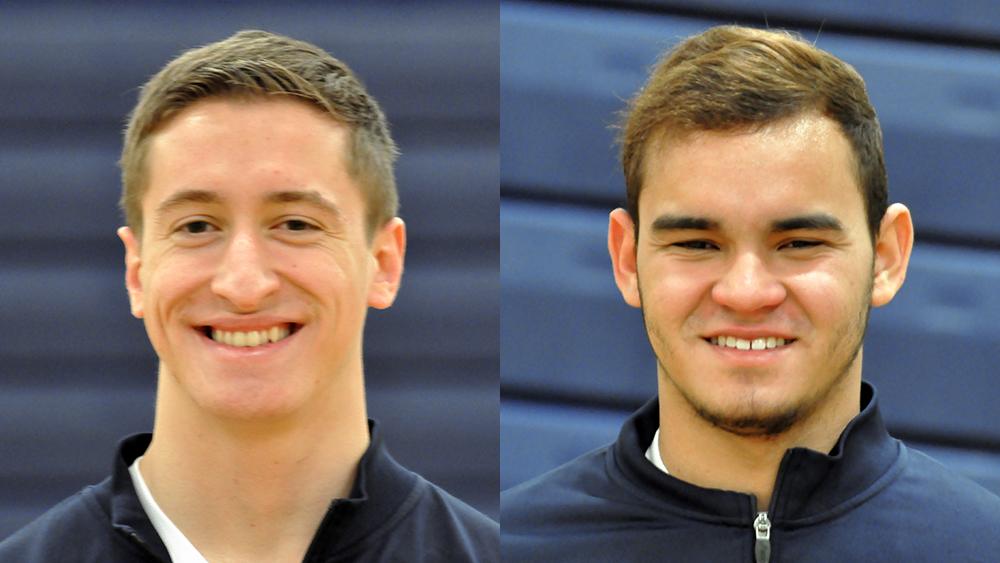 Colditz put up big offensive numbers for the Lions this season. In the NEAC, he ranked second in kills (339), fifth in hitting percentage (.256), sixth in kills per set (3.29) and points (369.5), and ninth in points per set (3.6). Among all NCAA Division III players, Colditz is currently 28th in kills per set and 53rd in points per set. He also added 129 digs and 34 total blocks to his stat line. This season, Colditz set Penn State Altoona single match records for kills (25) and points (27.5) on March 28 against Thiel College. Also during the season, he was twice named the Allegheny Mountain Collegiate Conference Player of the Week while also taking NEAC and Eastern College Athletic Conference Division III South Region Player of the Week honors once each.

Rivera-Berrios anchored the Lions’ defense this season, putting up big dig totals all season long. The sophomore currently ranks first among all NCAA Division III players in digs (463) and digs per set (4.33). This season, Rivera-Berrios set a new team record for number of digs in a season, and he is currently on pace to also set a new program record in digs per set. The libero earned a slew of awards this year, as he was selected the NEAC Defensive Player of the Week a league-high six times and the ECAC Division III South Region Defensive Player of the Week three times.

Downs was a consistently dependable net presence for the Lions this season. In his first year with Penn State Altoona men’s volleyball, the junior transfer made a big impact in the NEAC, ranking second in the conference in solo blocks (21), fourth in total blocks (72), sixth in block assists (51), and eighth in blocks per set (0.67). Downs was also second in the NEAC in hitting percentage (.366), a mark that also ranks 23rd-best in the NCAA Division III. Additionally, he was 14th in the conference in points (278.5), 15th in kills (217), 17th in points per set (2.6), and 18th in kills per set (2.01).

Penn State Altoona men’s volleyball went 24-6 overall and 15-1 in the NEAC this season. The Lions open up the NEAC Tournament tomorrow, Friday, April 14 when they host SUNY Polytechnic Institute for a semifinal round playoff match at Penn State Altoona’s Adler Gym at 4:00 p.m.