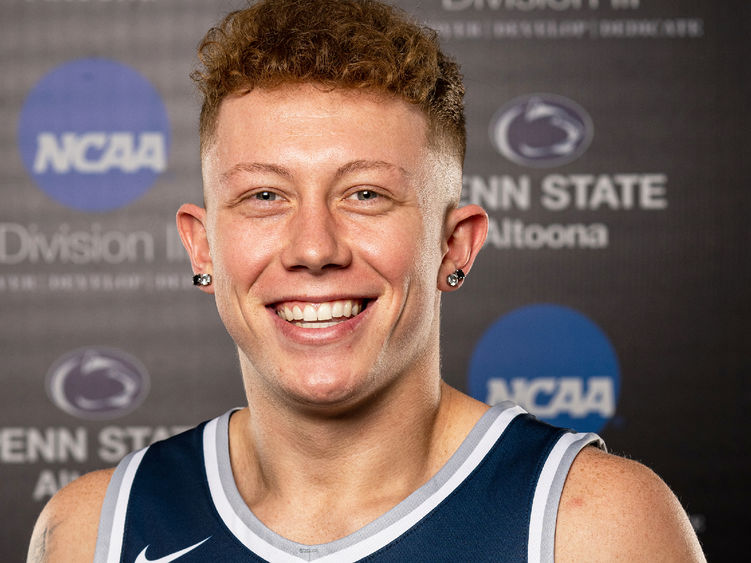 Harman averaged a double-double for the Lions during a 2-0 week of AMCC play that included wins over defending conference champion La Roche and a road victory at Medaille, helping Penn State Altoona to its best-ever start in program history (7-1) and a 3-0 beginning to AMCC play.

In Wednesday night’s convincing 88-72 home win over La Roche, Harman scored a game-high 19 points to go along with a team-leading 13 rebounds for his first double-double of the season, and he also contributed three assists, two blocks, and one steal. In Saturday’s big 95-69 win at Medaille, which was Penn State Altoona’s first over the Mavericks in Buffalo since 2005, the fourth-year finished with eight points, eight rebounds, three blocks, and one steal.

Penn State Altoona men’s basketball is 7-1 overall, including 3-0 in the AMCC. The Lions continue their conference schedule on Wednesday, Dec. 8, traveling to nearby AMCC rival Mount Aloysius College for a 7:30 p.m. game.