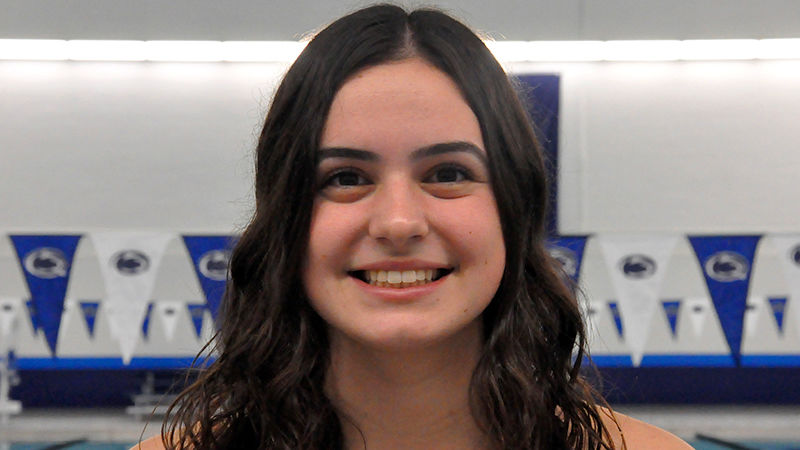 Dangelo was named the AMCC Women’s Swimmer of the Week on Oct. 28, following a stellar performance for the Lady Lions in a tri-meet with conference opponents Pitt-Bradford and SUNY Delhi on Saturday afternoon. Dangelo had a hand in three first-place finishes for Penn State Altoona that day, including setting a new team record in one swim.

Dangelo placed first in the 200 Yard IM with a time of 2:13.89 to set a new Penn State Altoona women’s swimming team record in that event. Her time surpassed the previous record of 2:16.40, set by former Lady Lion Danielle Bye during the AMCC Championships on Feb. 14.

Later in the meet, Dangelo took first place in the 100 Yard Freestyle by clocking in at 56.56. She also helped her team win the 400 Yard Freestyle Relay, combining with her teammates for a time of 4:08.62.

This is Dangelo’s second AMCC Women’s Swimmer of the Week award of her freshman season.