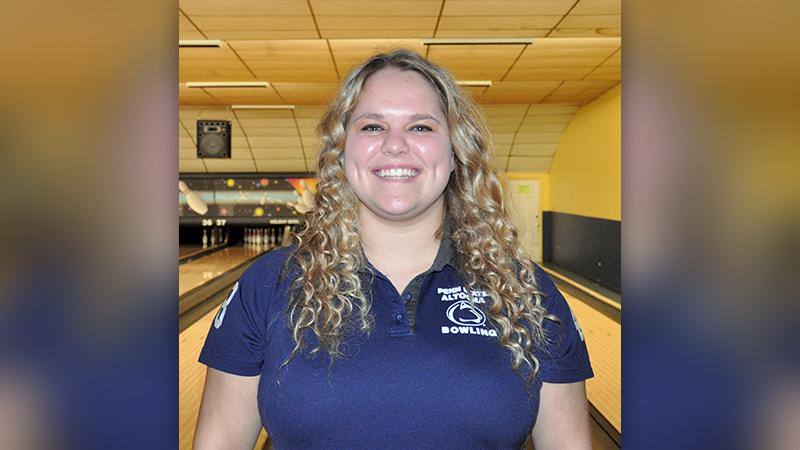 Watt competed in all six events for the Lady Lions during the 2018-19 season. In traditional team format matches, she averaged a team-high 154.2 per game. In baker matches, Watt led the Lady Lions with a 16.13 baker average.

Watt recorded Penn State Altoona’s highest score of the season on January 26, when she dropped 214 pins in a match during the Saint Francis University Red Flash Invitational. Her score of 214 that day ranked as the fourth-best score in a traditional game in program history.

This is Watt’s first career appearance on an AMCC All-Conference squad.

Penn State Altoona women’s bowling was 7-38 this season, including a 4-10 record in the AMCC that placed the team sixth in the conference’s regular season standings.