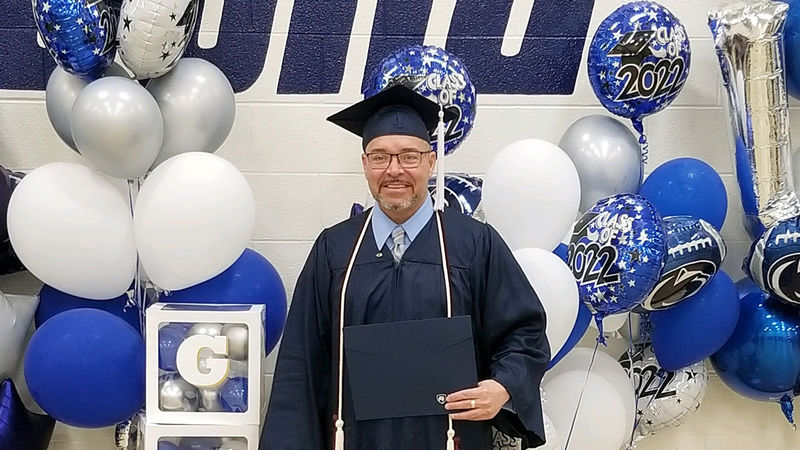 Three students from Penn State Altoona’s Human Development and Family Studies program use their stories of addiction to help others stand with them on the side of recovery.
By: Marissa Carney

So many of us choose to use our personal struggles and pain to help others. We show our most vulnerable, authentic selves so that those who are struggling will grab onto our extended hands.

The Human Development and Family Studies (HDFS) program at Penn State Altoona is a popular choice for students who want to make a career of helping people of all ages overcome life’s challenges. A common route is counseling or social work for drug and alcohol rehabilitation. Over the last five years, upward of 10 students have graduated with an HDFS degree as part of their own recovery journey.

This is the first in a three-part series featuring former and current students sharing their personal stories of addiction and rehabilitation.

A string of rehabilitation facilities, relapses, and recovery homes led Kevin Karpovich to Altoona in 2017 when he entered yet another addiction services center in the city.

“I was getting older, and I knew I couldn’t keep doing the merry go round of addiction. So many times I wanted and tried to do the work of recovery, but I always had to do it Kevin's way. So, I worked this recovery program the way I was supposed to, the way I’d never given a shot before, and I learned to use the fellowship and guidance around me. So far those have been key to my success.”

It was while working this program that Karpovich was first encouraged by his therapy team to enroll in HDFS at Penn State Altoona. Helping others who had been in his position was something Karpovich felt strongly about, and he knew a college degree would help him be able to do that. After completing his treatment, Karpovich applied to Penn State Altoona and was accepted into the HDFS program.

“I hadn't been in any type of school setting on over twenty some odd years, so it was all new to me. It was a huge adjustment, but I really took to it.”

It wasn’t an easy road, of course. Trying to balance a full-time job with a full course-load had the potential to set Karpovich spiraling as stress, many times in the past, had. He says that when he took on challenging things, especially as an active addict, he usually ended up quitting them all. When things got too difficult to handle, he’d disappear into drugs or alcohol. Sometimes both.

“There were moments in those four years at Penn State Altoona that I second guessed myself or told myself I didn’t belong. But it was a new era for me being clean and in recovery and taking new steps and trying new things. I made a commitment to getting my degree, and I really wanted to stay true to my commitments. I wanted to be able to finally do what I said I was going to do.”

Holding fast to his values, Karpovich worked hard through the pressures of academics and soaked up what he was learning. He liked that HDFS afforded him a broad background in individual and family development across the lifespan and courses that emphasize biological, psychological, social/cultural, and economic aspects of development. These skills would allow him to move in any of the many different directions of social work.

“I feel fortunate to be in HDFS at Penn State Altoona because it allows me to be part of the lives of interesting people and to watch them really transform as individuals,” says Lauren Jacobson, assistant teaching professor in HDFS. “Kevin embodies the true spirit of our program, demonstrating a desire to change but also to use his experiences and challenges to support and guide others to change, to find their full potential in life and ultimately, make not just themselves better but their communities.” 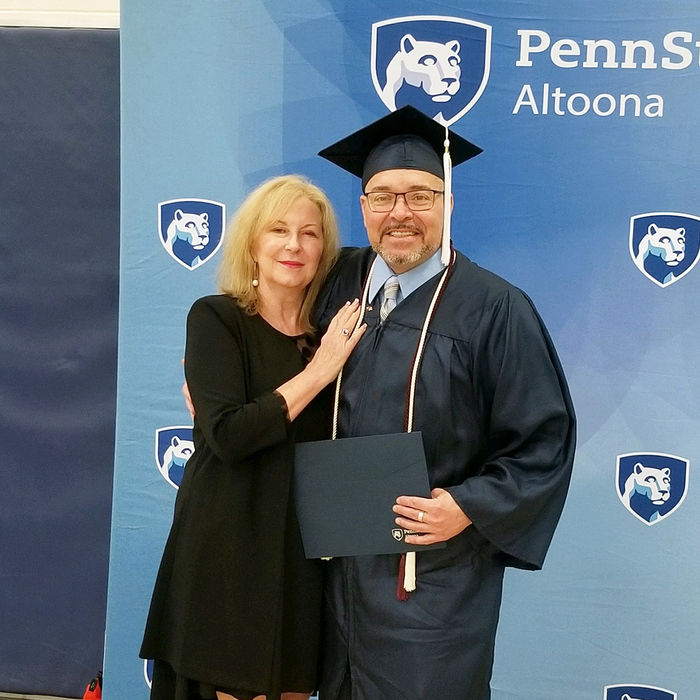 Karpovich with his mother on graduation day

Karpovich chose to focus on drug and alcohol addiction treatment, his goal to work in a counseling or therapeutic facility. He graduated in spring of 2022. “The support that I received throughout was just amazing. Penn State Altoona took a shot on an old guy that failed so many times. I’m grateful for the University and for all of my professors who encouraged me the whole time.”

But it seemed Karpovich wasn’t done fighting for his health and the life he wanted.

About a month after graduation, Karpovich was diagnosed with stage four esophageal cancer. Now in his seventh round of chemotherapy, his plans to start a career in drug and alcohol treatment services are on hold. He hasn’t lost hope, though, or resolve.

While he may have once used cancer as an excuse to relapse, he knows if he did now, everything he worked for and built over the last five years would burn to ash in a matter of days. “It's just the way that addiction works. You're never really cured from it because it's a mind disease. If I start making those choices again, it’s over for me.”

Instead, Karpovich adds the cancer to the rest of his life story, determined to use it to help others get into recovery.

“The therapeutic value of one addict helping another addict is without parallel. So when I present my honest and unmasked story of addiction and recovery, the whole thing—where I've been and what I've done, the bridges that I've slept under, the things I've stolen from my family, the criminal activities and the jail time, all of the reckless things that I have done to destroy my life through drugs and alcohol, through all of those things, there is hope and there is light at the end of it.”

“Kevin definitely holds a special place in my heart among the students I've encountered over the years,” says Jacobson. “He’s taught me a lot about a lot. He's a wonderful mix of fun, funny, fantastic, frenetic, and frustrating that makes him both completely endearing and undeniably human. Ultimately, Kevin has been a real blessing for me both personally and professionally and for our program.”

Karpovich says he is extremely proud of himself for all that’s he has accomplished. He knows he’s not perfect but that he doesn’t have to be. Each day he just tries to be a little better than the previous, tries to make clear, correct choices, and keeps his eyes focused forward.

“Where at one point in my life I was unemployable, I’m a good employee again. I'm a good son again, I’m good to my family, and I care about the people in my life again. I want others who are where I once was to get that sense of self-worth. I want them to experience life without guilt, shame, and fear. I want them to feel proud of themselves, too, and to stand here on the other side with me.” 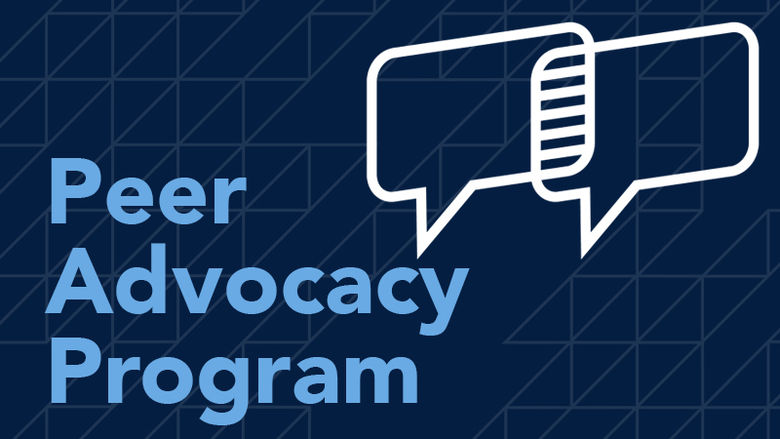 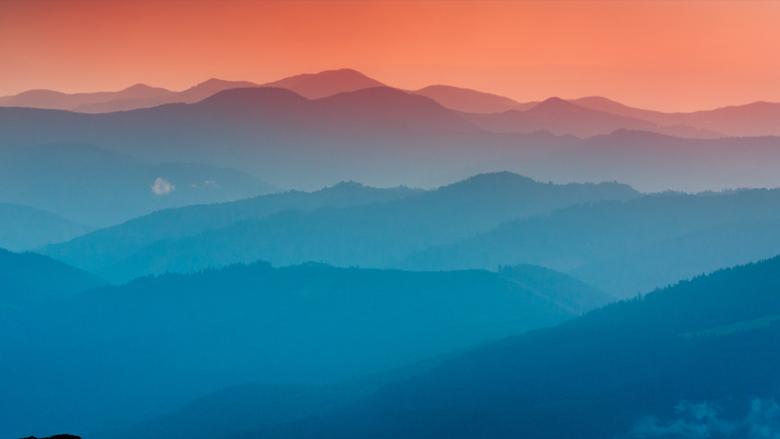 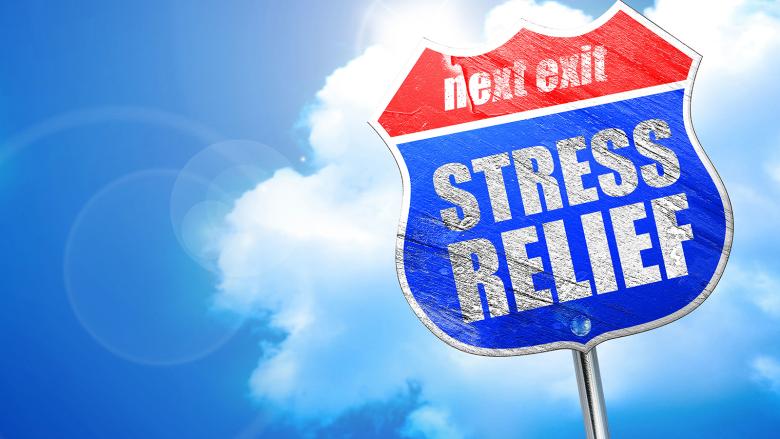