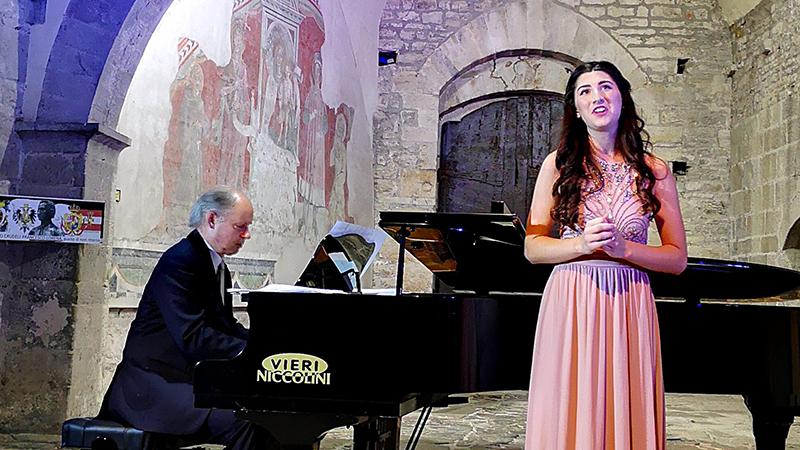 “I knew a lot of people coming out of Penn State Altoona who were doing great things, so I thought I’d give it shot. I ended up loving it.”

Brandis Ajay is an Altoona native who decided Penn State Altoona could offer her some wonderful opportunities. “I had heard about Doc and how great she was—she had a great reputation, and I wanted to experience that.”

Ajay enrolled in the college as an integrative arts major with a focus in voice performance. Now a senior, she has had several unique opportunities to learn and grow as a singer with Doc behind her the whole way.

“Doc” is Bonnie Cutsforth-Huber, associate professor of music at Penn State Altoona and director of the college’s choral group, Ivyside Pride. As a member of Ivyside Pride, Ajay has performed at Carnegie Hall in New York City and at Indiana University of Pennsylvania. With Cutsforth-Huber’s encouragement, Ajay attended Summer School for the Solo Voice in Saskatchewan, Canada, for two summers and became involved in Center Stage Opera in Harrisburg. There, she took part in a gala and continues to audition for and receive roles in the company’s operas. Cutsforth-Huber also suggested that Ajay audition for the Casentino Voice program in Tuscany.

Recognizing it as an incredible learning opportunity, Ajay submitted an audition recording. “I was hoping I would get in, but I didn't know if I'd be good enough. I remember that I was doing an opera in York and was in my hotel the night I found out I was accepted. I screamed. I was so excited.”

Held over the summer, the program features renowned American soprano Valerie Girard and English pianist/conductor James Gray in the medieval town of Stia in the Casentino Valley in Tuscany. Ajay joined five other young women from around the world who were accepted into the program. 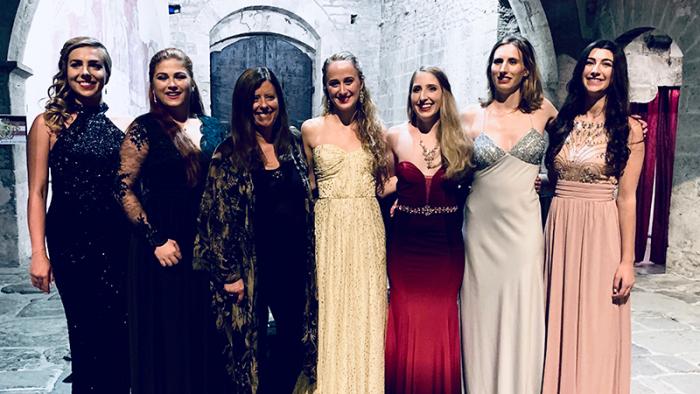 Ajay (far right) poses with the other women in the Casentino Voice program and voice instructor Valarie Girard.

Morning and afternoon sessions consisted of private voice lessons and individual coaching as well as masterclasses for the whole group in vocal technique and repertoire.

Ajay, a soprano, says she learned a vast amount in a short time, but two things, in particular, will serve her well as she continues with her singing. “I learned that I think too much when I sing. I think a lot about my technique, and that actually throws things off for me.”

Girard also worked with Ajay on her mouth position when she sings. “I don't need to open my mouth so much. I can keep the same mouth shape when I sing a phrase, and still make it understandable. And it'll actually end up being louder and more resonant.”

The program ended with two concerts: the first at the MusicaInt School of Music in Stia. Ajay sang three songs, including “Signore Ascolta, by Giacomo Puccini. “That freaked me out because it was in Italian, and I didn't want to sing in Italian in front of Italian-speaking people. What if I messed up and they don't understand me? So that was scary. But I did all right, I think.”

The following night, the group performed a grand concert with the Camerata di Colombaia Music Festival at the Castello di Poppi, a medieval castle just outside of Tuscany. Ajay sang the same three songs, but the ambiance and acoustics of the castle coupled with the audience made an unforgettable experience. “I was singing in a castle in Italy! There were so many people there. The Italians love opera and are so appreciative of it and what we were doing. It was the best audience I’ve ever performed for.” 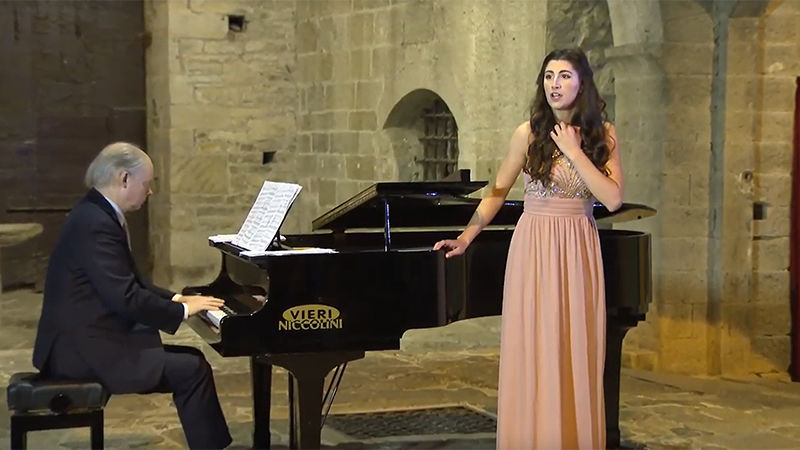 Ajay says the Casentino Voice program had a profound effect on her in a number of ways. Now she is trying to simply sing when performing. “I used to think so much about it before, to the point where it wasn't as enjoyable. I love what I do, so I'm trying to have a little more fun now when I perform.” She goes on to say that it helped boost her confidence and rejuvenate her.

“This is a kind of risky thing that I'm trying to do here, be a singer. I doubt myself a lot, and sometimes I wonder why I’m doing this. I feel like maybe I'm not good enough or I’ll never make it. Then I went, and I did this amazing thing in another county, and the audiences just loved it. Seeing their reaction made me remember why I do what I do.”

Armed with new energy for her last year of college, Ajay was determined to work harder than ever. “Italy motivated me to do more and not give up—to take what I learn, and just run with it. I feel like if I just work hard enough, I could make anything happen.”

Most recently, Ajay won a competition through Great Composers Online. Suggested to her by Girard, Ajay submitted a video to the Art of Vocal Performance Competition Series in the category Art of Art Song. Contestants were from all over the world. She was also a semi-finalist in the National Association of Teachers of Singing competition held November 2 at University Park. Entered in the classical category, Ajay sang four songs in front of adjudicators, who were vocal instructors from other universities. She received feedback from the judges. While she didn’t win money or prizes from these two competitions, she was given feedback, experienced the audition process, and garnered experience to put on her resume. 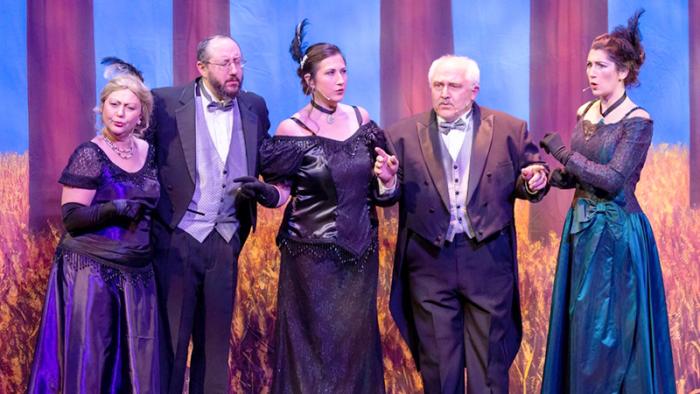 Ajay (far right) performs in Altoona Community Theatre's production of the musical A Little Night Music in 2018 at the Mishler Theatre in Altoona.

Ajay will graduate this May and plans to spend a year auditioning for operas. She’d like to attend graduate school for vocal performance or pedagogy, possibly both. She sees herself traveling and performing as much as possible and then one day teaching at a college or offering masterclasses and workshops like the one she attended in Tuscany.

“Sometimes I wonder what it would have been like to attend college somewhere else, but I have been able to do so many amazing things here. I think I learned more here than I would have anywhere else. I don’t have any regrets about choosing to come to Penn State Altoona.” 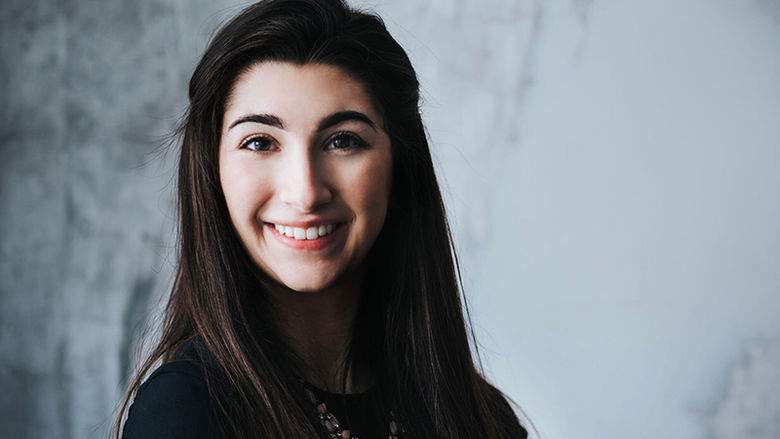 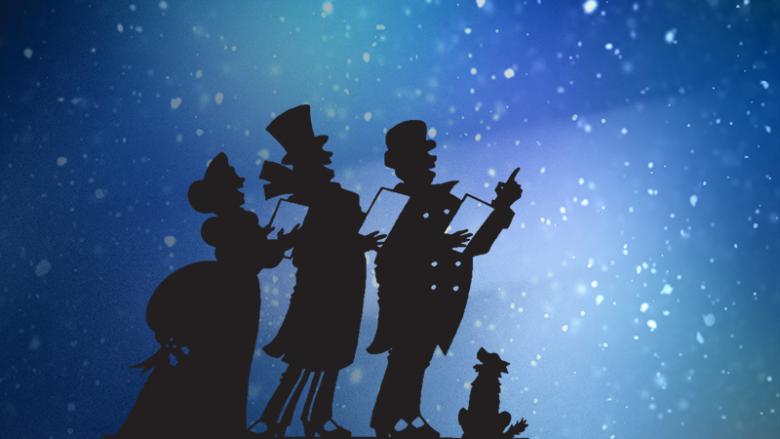 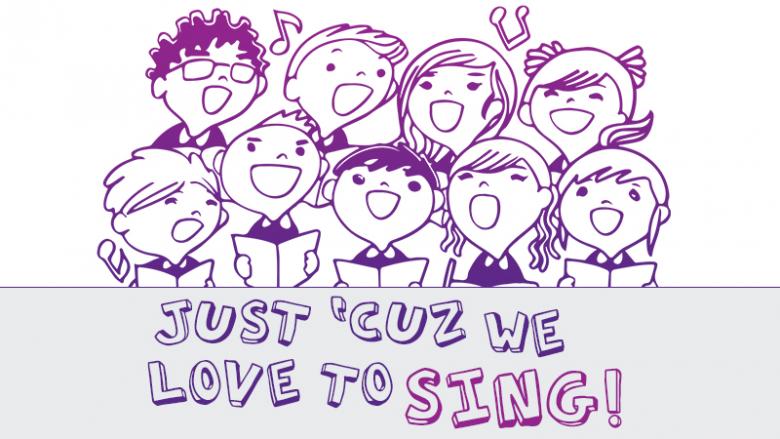 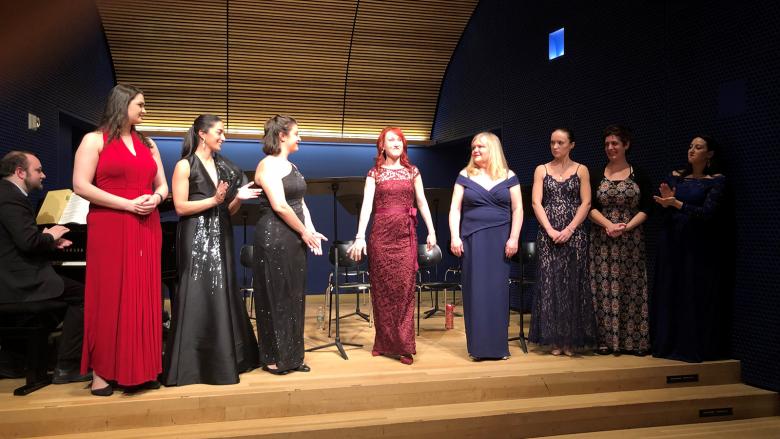 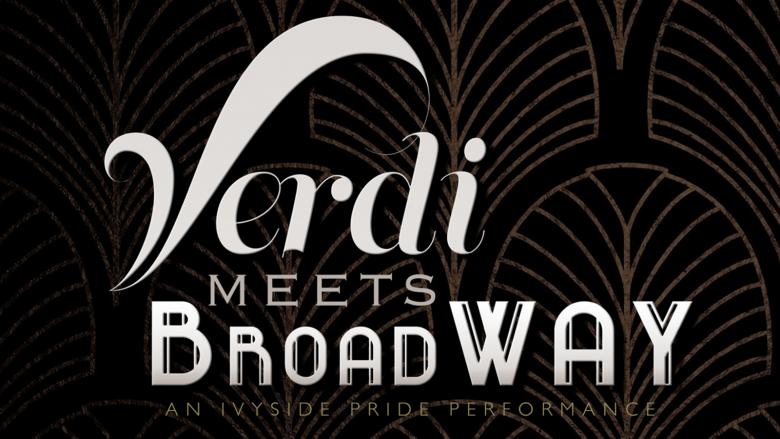 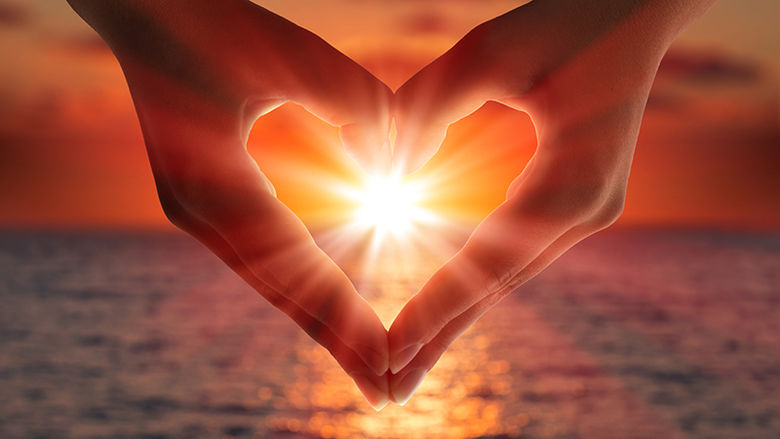