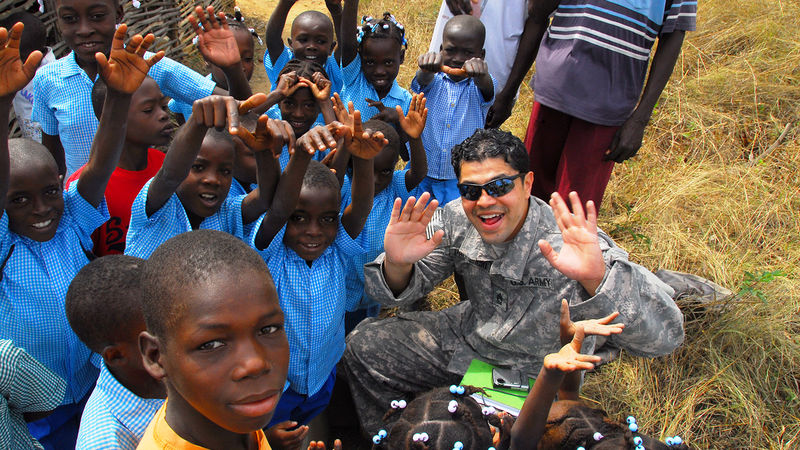 From a homeless trouble maker to respected military veteran, Welbin Prudencio explains how he achieved his American dream.
By: Marissa Carney

Welbin Prudencio cuts an impressive figure in his military uniform. As he strides around campus, he walks tall, emitting confidence. He is unfailingly polite and always ready with a smile.

His back-story sounds like the stuff of television drama: at times sad and uncomfortable, but equally inspiring. How did this man, once a homeless thief, end up teaching military science here at Penn State Altoona, living his American dream?

Prudencio was born in 1979 to a 15-year-old unwed girl in one of the poorest cities of Honduras. She struggled to feed and care for her baby while she went to school and occasionally worked odd jobs. When Prudencio was 18 months old, a classmate’s mother offered to take him into her home.

Shortly after, Prudencio’s mother came to the United States to be with her own mother who was already living here. She worked and saved up some money and sent for Prudencio when he was 6. Mother and son settled in New York near his aunt and grandmother. Not long after, his mother’s boyfriend arrived in America, too, and the family of the three moved to a basement room in a dark, dank section of Manhattan. “They were tough times. We lived in a storage room, and there were drug dealers all around us. All we had were trash bags with our clothes, a bunk bed, and an old television.”

When he was in third grade, his mother moved to Boston with her boyfriend where he had found work in construction. Prudencio stayed with his grandmother until he was fourth grade, then went to Boston to be with his parents. When he was 14, the couple decided to move back to Honduras. “The morning they left, I ran away. I knew my family was into some bad stuff down there, and something was telling me not to go back, so I ran to my aunt's house in Chelsea.” His aunt allowed him to stay, and the arrangement worked for about a month. After an argument, she threw his single bag of clothes out of the window and kicked him out. “The snow was knee-high that night, and I couldn’t get ahold of any of my friends, so I ended up at a cemetery on Central Avenue. There was a little building in the middle of the cemetery that was open, so I just went in there and fell asleep on concrete slabs with my bag of clothes on top of me.”

After that first night, one of Prudencio’s friends was able to sneak him into his basement almost every night after 10:00 p.m. once his parents went to bed, so he at least had a warm place to sleep. “The thing is, I still had to survive. I had to do what I had to do. I was a thief, and I stole everything from everyone. I would steal clothes to wear, food to eat, and I’d steal bikes to sell for money.” Prudencio recounts the time he approached a young teenager on a bike and punched him right off of it. As he was riding the stolen bike away, he heard a car behind him. The car picked up speed, and Prudencio realized it was trying to hit him. “I slammed the bike onto that car through the front windshield, and I ran into a wheat field. The people in the car were shooting at me, and I heard them yelling, ‘you don’t mess with Hell’s Angels!’ I guess the kid belonged to that gang.” Prudencio managed to get away, certain to this day, that the gang members would have killed him over a stolen mountain bike.

Prudencio still attended vocational school during the day where he was a self-described wild trouble maker. “I learned how to make stink bombs with battery acid, and I’d set them off in school. In auto tech, I learned how to make tasers. One time I tased another kid, and he went into convulsions.” Prudencio was suspended for that antic, the 11th suspension in his freshman year alone. “The principal told me that she was going to kick me out of school, and I remember thinking, ‘no this can’t happen, I can't be a loser.’” With a lot of begging, he managed to convince the principal to let him stay in the school.

He further managed to graduate and decided to join the Army when he turned 18. He was first deployed to Afghanistan in 2002 as part of the 82nd Airborne Division. He was a combat engineer, dealing with explosives, arming and disarming mines. “I think at the beginning, you don't know what you expect. You train so much, but the unknown is what's hard—not knowing where your enemy is coming from or even who the enemy is sometimes.”

Prudencio says during that first deployment of ten months, he learned a lot about himself and the bond between company members. “You realize that when you come under fire, it doesn't matter if you're black, yellow, brown, whatever color or branch of the armed services. You stick together. You fight through it together, and you see how courageous your brothers and sisters in arms are.”

Prudencio was deployed to Iraq again in 2003, 2005, 2006, and 2007, each time as a combat engineer. Part of his job was to clear the roads of mines and explosives for friendlies to travel through bringing things like food and equipment.

On January 30, 2004, Prudencio and his team were clearing a 30-mile stretch of road to Al Iskandariah for a supply convoy. “There was nothing but desert. I was looking at the side of the road and saw a little trash bag. Two other vehicles had already driven by it, and just as my vehicle passed it—boom!” The chain of explosives detonated while enemies in dug-in hiding positions began firing RPG’s and rounds at the group. Prudencio and his team pushed through the kill zone, firing back, taking cover behind their vehicle.

As the firing came to end, Prudencio apprehended an enemy, throwing him to the ground. While he was searching him, the man claimed to have a grenade. “Sure enough, there was a grenade underneath him. I'm just counting the seconds in my head before it should have exploded. That was the longest seven seconds of my life. It didn’t go off, didn’t go off, so I grabbed it. A hand grenade has a safety pin called a spoon. Well, that spoon was dug in; he had buried the grenade down and put his body on it, but it was buried too much to pop up. I just grabbed that grenade, threw it, and got down. It blew up then.”

Three members of the team were injured and Prudencio himself suffered a ruptured eardrum. He received the Purple Heart for his wounds garnered in action that day.

Prudencio returned to Iraq in 2007 for what would be his last deployment. By then, he was worn down and ready for something new. “A friend of mine had just been killed in Iraq, and I had a wife and kids by then. It was hard. I didn’t really want to be there anymore.”

So at the end of that 10-month deployment, Prudencio volunteered to be part of a special operations community called Civil Affairs. Officers act as liaisons between the Army and international civilian authorities and populations, supporting conventional and special operations forces. “We help find solutions to problems like crime, drugs, and education. We help the poor and offer assistance with disaster relief and humanitarian crises. We assess and see what the needs are and try to get the police, military, and non-government organizations all working together for the betterment of a country and its communities.”

As part of the Civil Affairs team, one week after the 2010 7.0 magnitude earthquake in Haiti, Prudencio helps assess the Internally Displaced camps near the capital of Port -au- Prince.

After training and passing a series of tests, Prudencio was sent to his birth country of Honduras for his first assignment. He was later deployed multiple times to Suriname, as well as Nicaragua, Dominican Republic, Trinidad and Tobago, St. Lucia, and El Salvador. “I loved it. It was what we called the Tip of the Spear—boots on the ground, doing the work. I loved spreading as much good as possible.”

Prudecnio says the job was a great fit him. He especially loved being in Honduras. “I'd see little 5-year-old kids running around naked with bellies full of worms. I’d think about my childhood and that someday, through the work I was doing, they might have the opportunity to be in the U.S. Army. There could be hope for them, too, like there was for me.”

In 2016, Prudencio received a phone call that would change his career once again. He was offered a position as a senior instructor in military science at Penn State Altoona, teaching Reserve Officers’ Training Corps (ROTC) classes, which prepare students to become commissioned officers of the United States Armed Forces. After talking it over with his wife, he accepted the job. 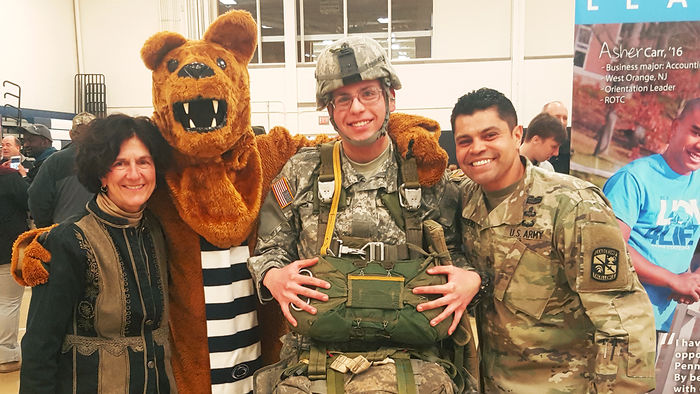 He says at first, it was a difficult adjustment. He went from years of active duty and working on an international level to teaching undergraduates not even in the army yet. Prudencio says he had to take a big step back for a bit and watch how other instructors were doing their jobs. Now, he’s been here for almost two years and has found that he is still able to make a difference, be a mentor, and shape the next generation of military personnel. He says he gets phone calls from graduates now in the Army thanking him for pushing them to be their absolute best. “When I say I want to leave this organization better than I found it, I truly mean it. That's why I spend so much time here before and after hours. I believe my hard work only helps my students. I want them to have all of the tools necessary to be miles above everyone else. I want them to be so much better than I was.”

Prudencio says he is thinking more and more about moving away from the workforce. He and his wife purchased a retirement home in Texas, and he is ready to slow down, satisfied with what he’s accomplished. He often reflects on his life—where he started and where he has landed. “I never dreamed I’d end up where I am in life. I didn't even think there was a future for me out of Chelsea. Had I not joined the military and stayed there, I don't know what would have happened to me. Nothing good.”

Prudencio also thinks a lot about the “American dream,” and the set of ideals, freedoms, and successes through hard work that are supposed to come with it.

“I think I am the American dream, I think I'm living it every day. Not everybody was blessed to be born in the United States, and I am truly grateful to have been given the opportunities I was by becoming an American citizen. Nobody stands more proud and at attention to salute the flag than this guy. I get chills every time. I love this country and everything it's given to me.” 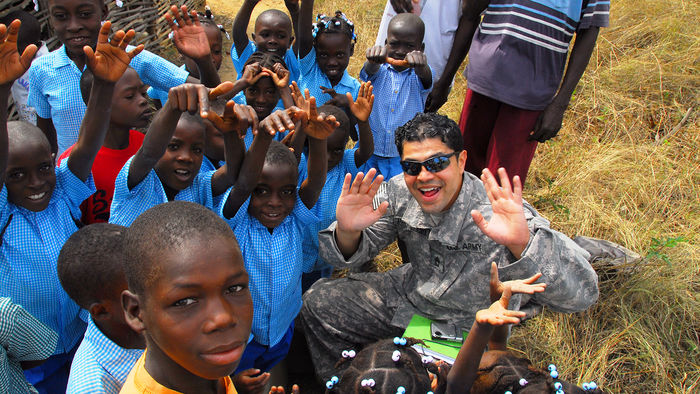 City of Hinche. As part of the Civil Affairs team, Prudencio helps assess one of the few schools open one month after the 2010 7.0 magnitude earthquake in Haiti. Many of the children's parents were killed as a result of huge buildings collapsing on them. 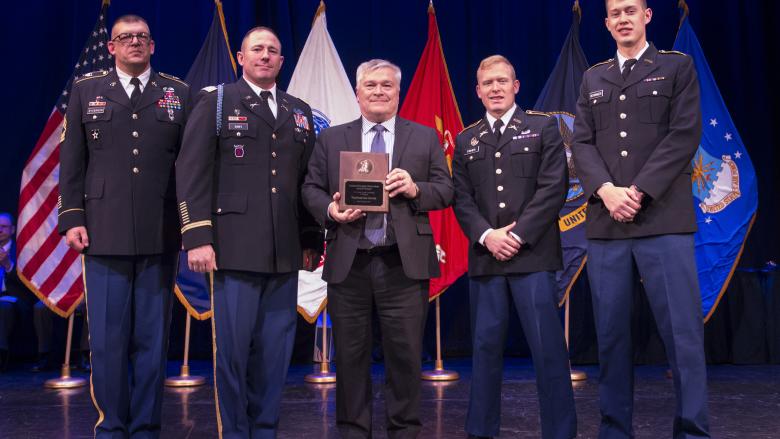 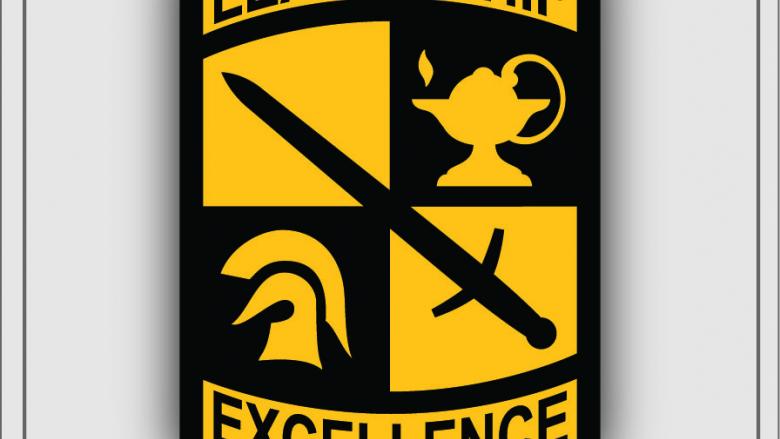