Maria Fisher refuses to give up her dreams of an education
By: Marissa Carney

“Ours is a typical immigrant story. We lived on an island, so we didn't have much. My father was determined to give us a better life. And so he brought my family here to America.” 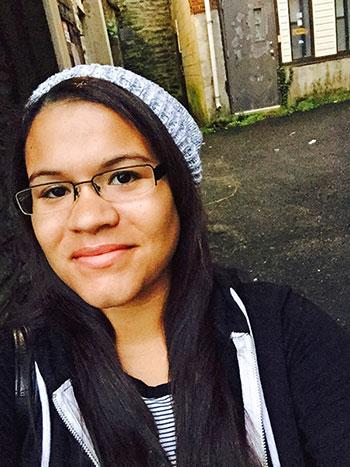 Maria Fisher was born in the Dominican Republic. She was five when she, her parents, and her older sister immigrated to New York City. Her father found employment as a factory work for the Rosetta Pencil Company and her mother as a factory worker making police uniforms. The family lived in Washington Heights, a Hispanic, mostly Dominican neighborhood where families struggled through hard economic times and drugs were on every corner. “I appreciate where I grew up, but at the same time, I knew I wanted to get out of that environment,” Fisher says. “For me, education was the key to getting out of that place. I had a good life, but I wanted to be really successful.”

Fisher, the first in her family to attend college, chose Penn State Altoona, eager for a small campus with a community feel. She decided to major in English and apply to law school after graduation. Fisher was under no illusions, aware that it would be a long, hard financial road to earn her degree, and it wasn’t long before she found herself in a precarious position with all of her dreams about to crumble.

“In my first year, I was going to have to leave in November because I didn't get enough financial aid, and my parents obviously didn't have enough money to cover the rest of the tuition. I really didn’t know if I’d be able to stay. I had thrown myself into this situation, and I was just heartbroken.” Fisher took a look at her options and decided to enlist the help of her division head. “I explained my situation and that my family did not have the financial means to help me out. He was really helpful and told me about two scholarships I could apply for. I ended up getting them and was able to stay, but it was very touch and go for a bit.”

The scholarships allowed Fisher to remain enrolled in college, but it would be no cake-walk. Even through her final year, “I was literally working just to pay my rent. My friends were feeding me. Or I would call my sister and ask her to order me Chinese food and pay with her debit card over the phone because I had nothing.”

Fisher receives her diploma in 2010.

But quitting was simply not an option for Fisher. “I think that when you don't know if you're going to be able to do something you want, it’s that much more of a pull to you. Nothing was handed to me, I had to work really hard to get to that place where I could go to college and stay for four years. It was tough, but I wasn’t going to give up. I'm proud of myself for sticking through it.”

Believing deeply in education, Fisher ended up switching to the major. Her fierce determination saw her through to graduation in 2010. Her family was able to make it from New York for the commencement ceremony. “I know that when I processed in, my dad was really emotional, and that made me really emotional. Even now, remembering it all these years later, I still get choked up. My dad is not educated, he doesn’t know how to read or write. That is why he brought us here, so we could do better than he. For him to see his child earn a college diploma was a big moment. I could say to him, ‘I didn't let you down. I did what you wanted.’”

But the hard times weren’t over for Fisher. She moved to Philadelphia to be with her boyfriend, who is now her husband. She held down a job as a bank teller and enrolled part-time at Arcadia University to earn her master’s degree in education. “Arcadia didn't really offer any financial aid, just loans, so that was hard to swallow, but I wanted that masters.” It was difficult to handle the full-time hours at the bank and manage the coursework at the same time, but, “I went in with the same mentality I had at Penn State - no matter what, I'm getting this done.”

Fisher graduated in 2013 with her master’s degree and her certification. She was anxious to find a job and begin her teaching career, but that also has proven to be a bit difficult. She worked in a daycare for six months, then moved to a long-term substitute position at the school where she student-taught, teaching English and reading classes to ninth-twelfth graders. But this year, she’s back to being a building sub at the middle school. “There weren’t a lot of openings in the Philadelphia area for this year, so I’m on the computer every day looking for something. I really just want to get a contracted position, to have my own classroom.” 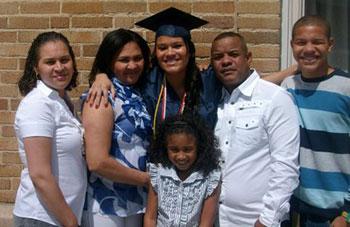 Fisher celebrates her Penn State Altoona graduation with her family.

While she looks for a job to call her own, Fisher loves being a mother to her baby daughter Mia and a cheerleader for her older sister who is finishing up her bachelor’s degree and her younger brother, who is enrolled at Syracuse University.

Fisher reminds others who are struggling either financially or academically that there is always a solution to making things work. “The most important thing is to exhaust all options. For me, financially, it was tough to stay in school. I did everything and anything I could to make sure I graduated, whether that meant eating ramen every day, or asking for help.” Fisher says a solution that is nowhere to be found one day might appear the next, so don’t give up and don’t give in. “You have to want it, so I think for any student who wants to stay and graduate, there's always a solution. It's just about finding it.”

Fisher is more than pleased with her decision to attend Penn State Altoona. She loved the comfort of it, the familiarity with the people, and knowing she could go to anyone for assistance when it mattered most. “I hustled my way through school, and I mean that in the most positive way. For me, personally, I didn't want to be a statistic. So I really had that mentality of doing what it takes and not being afraid to ask for help. It was so worth it for me to be able to say, ‘I did this, I graduated.’” 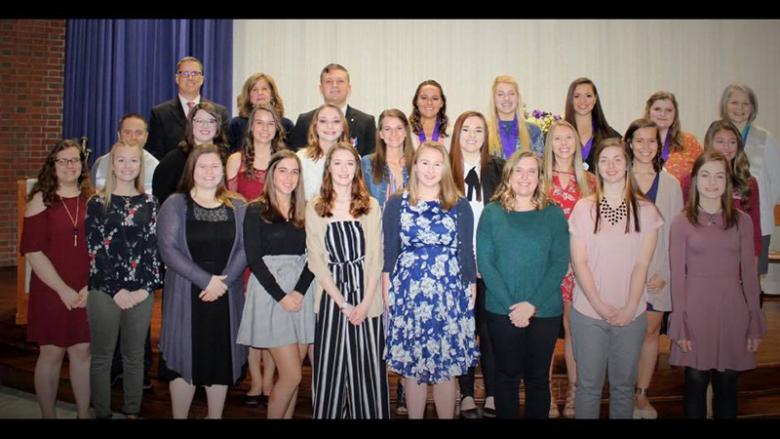 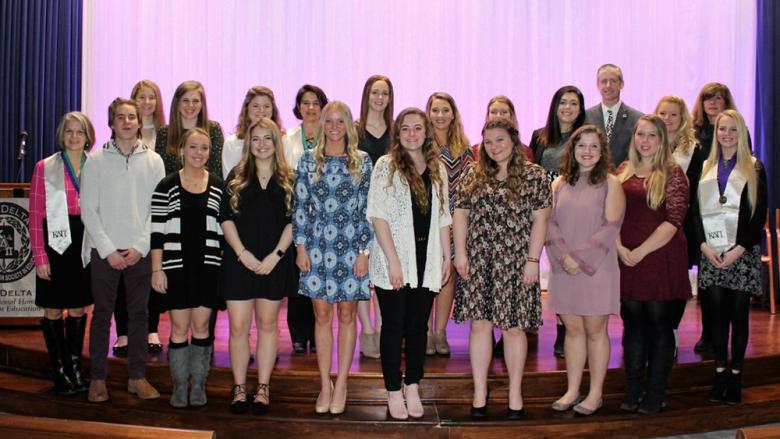