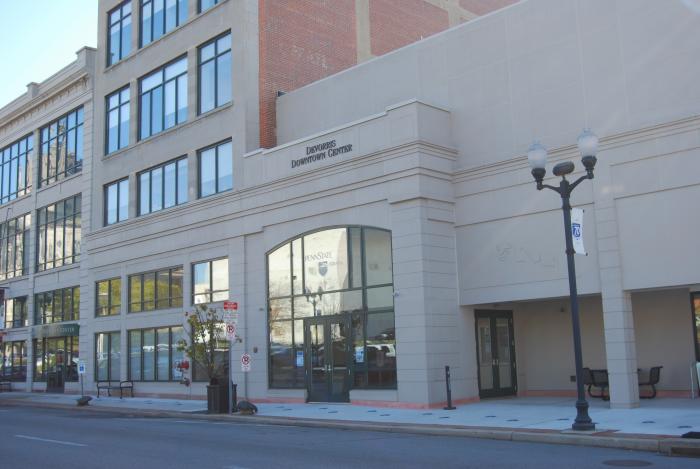 Acquired by the college in 1999 as the college's first downtown location, the Devorris Downtown Center has both classroom and conference facilities, as well as a large theatre for college and public events. The Center also houses the Office of Continuing Education and Training.

In December 2006, Don and Nancy Devorris made a $1 million commitment to Penn State Altoona, one of the largest in the history of the college. Their longstanding philanthropic support was celebrated during the official dedication of the Devorris Downtown Center in Altoona in April 2007.

Scroll through the photos below to get a look.