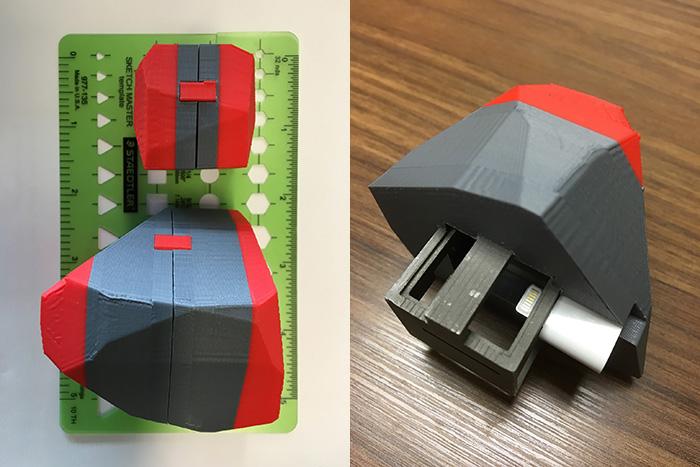 The "SmartRock", developed at Penn State University, is a wireless, 3D-printed device in the shape of a realistic ballast particle. The device is composed of a tri-axial gyroscope, tri-axial accelerometer, and a tri-axial magnetometer, which can record particle rotation, translation and orientation, respectively. The sampling frequency of the sensor can reach up to 500 Hz, thus a maximum vibration frequency of 250 Hz can be resolved. The SmartRock is capable of sending raw data to a base station via Bluetooth for visualization and analysis. This proprietary device was utilized to monitor ballast particle movement under cyclic loading in laboratory tests. In the tests, the SmartRocks were buried 25 cm below the tie in a ballast box, and the movements of the SmartRocks were compared with and without inclusion of geogrid. The tests successfully qualified and quantified the effect of geogrid on the particle movements under cyclic loading. Additionally, the test results without geogrid were compared with Discrete Element Modeling simulations. A good agreement was observed between the simulated and recorded particle motions. Research studies have shown that SmartRock is capable of recording real-time particle movement, hence, can serve as a fundamental research and monitoring tool for railroads in order to investigates ballast performance at an individual particle level. Field-testing has begun at a local test site and full scale field testing will begin later in 2016. This research is funded by the Federal Railroad Administration.

More info can be found at Keystone Crossroads.

This research, funded by the Federal Railroad Administration, focuses on the track and subgrade dynamic behavior under different speed conditions, especially near a train's critical speed. To this aim, a train-track interaction model was developed by Penn State researchers to predict the track deflection, ground surface wave propagation and compressive stress in the track substructure. The model was successfully validated by the field tests conducted on the Amtrak Northeast Corridor at Kingston, Rhode Island, USA. The modeling suggested that the track would encounter significant increases in track deflection and stress level at the critical speed condition.

In addition to the prediction of critical speed, the capabilities of the modeling include: 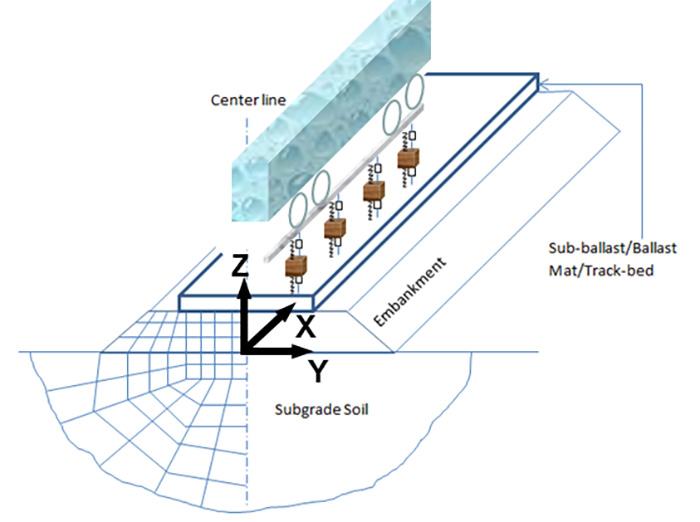 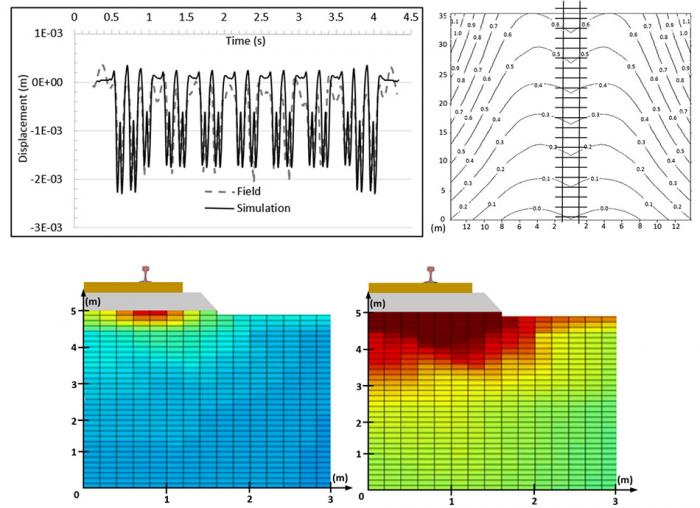 Each year, thousands of over dimensional, or "high-wide loads" (HWL), are shipped by rail in North America. Many of these loads are high-value, high-risk shipments, presenting considerable operational challenges for the railroad carriers due to special handling requirements. Measurement methodologies and philosophies can vary widely among mechanical inspectors. As a result, railroads have recently sought out new technologies to standardize the measurement process, resulting in greater safety, efficiency, accuracy and documentation. Taking the lead in this effort, Norfolk Southern Corp. (NS), BNSF Railway and Union Pacific Railroad have all worked closely with InfraMeasure, Inc. to develop a patent pending, portable, laser-based measurement system known as SafeLoad®. In 2014 researchers at Penn State Altoona worked closely with InfraMeasure to study the progress of this technology development, adoption within the railroad industry, and effectiveness of employee training. Repeatability tests performed among newly trained employees throughout 2014-2015 have indicated high levels of precision, accuracy, and labor reduction. In addition to these immediate benefits, the early stages of implementation have highlighted a long-term need for standardized measurement training within the industry. Penn State has collaborated with InfraMeasure in developing training modules to standardize the education and training of SafeLoad operators. 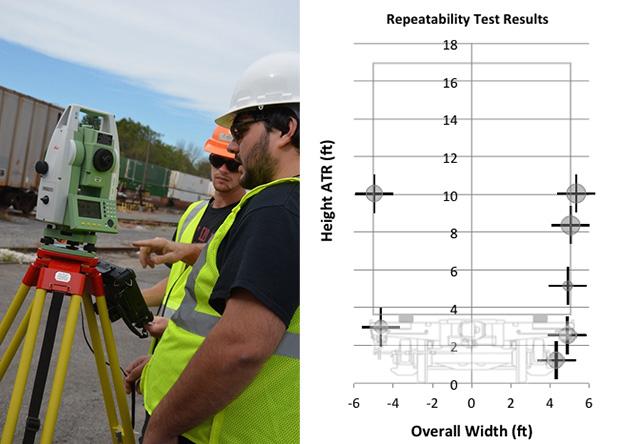