NORTH BOSTON, N.Y. — On Wednesday, Dec. 7, the Allegheny Mountain Collegiate Conference (AMCC) announced its 2022 All-Sportsmanship team for fall sports, and it included a representative from each of Penn State Altoona’s five fall teams. 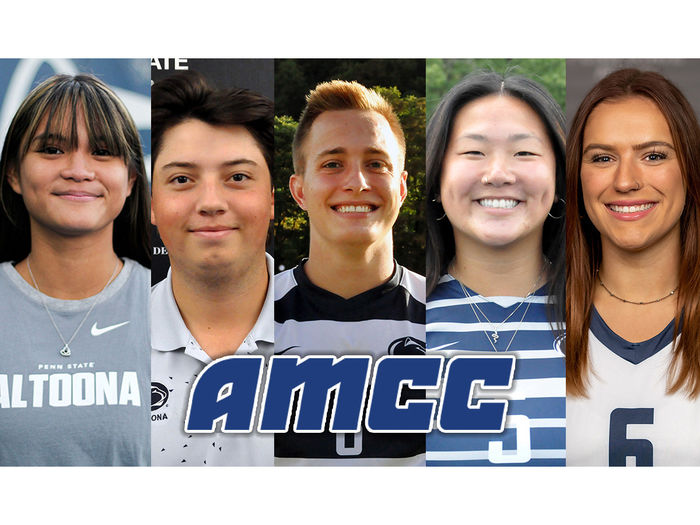 The student-athlete selected by each team must consistently demonstrate a high level of ethical conduct, respect and fair play in both practice and competition, whether on the sidelines or as an active competitor. Such sportsmanship shall be evident toward teammates, coaches, opponents, officials and fans. The player also must serve as a positive representative of school spirit when a spectator at other teams' sporting events.

The five Penn State Altoona fall sport student-athletes voted to the AMCC All-Sportsmanship team by their teammates are:

AMCC All-Sportsmanship team announcements will continue next semester when nominees for winter and spring sports are chosen.