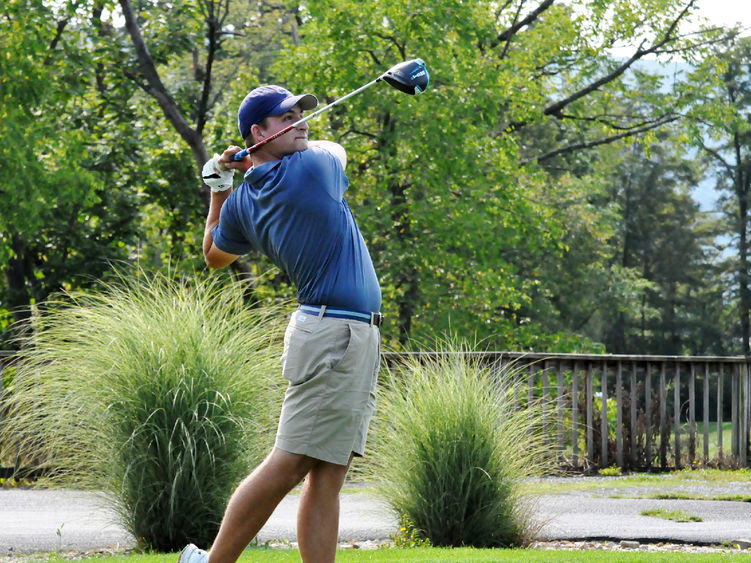 Nusbaum was the Lions’ top finisher during the two-day Guy and Jeanne Kuhn Memorial Invitational. He also competed in a round of match play against Westminster College earlier in the week.

During the Kuhn Memorial Invitational, hosted by Allegheny College on Sept. 25 and 26, at the Country Club of Meadville, Nusbaum totaled a team-leading two-day score of 154 to tie for 16th place individually in a field of 83 competitors. He shot 75 on the par 72 course during Sunday’s round, then followed that up with another sub-80 round on Monday, when he carded 79.

Nusbaum also participated in the second annual Hite Cup on Sept. 20, at Olde Stonewall Golf Club in Ellwood City, where Penn State Altoona and Westminster faced off in match play. Nusbaum fell in a 4 and 3 decision at the number two spot in the lineup.

This is Nusbaum’s second AMCC Golfer of the Week award this season. He currently ranks second on his team in scoring, averaging 75.71 per round while competing in all seven rounds for the Lions to date.

Penn State Altoona men’s golf will host the NCAA Region V Preview on Monday and Tuesday, Oct. 3 and 4, at The Virtues Golf Club in Nashport, Ohio. That tournament marks the final fall regular season date for the Lions, who will then prepare for the AMCC Championships the following week.