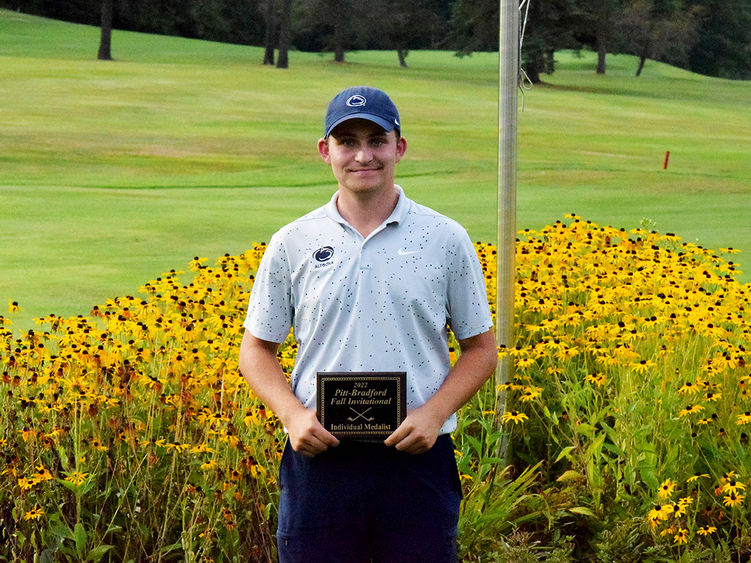 Nusbaum got his college golf career off to a strong start on Saturday, Sept. 3, shooting 71 in the Pitt-Bradford Invitational to claim the individual title and also help Penn State Altoona to a first-place finish as a team.

Nusbaum’s 1-over-par score ranked as the lowest score of the day by any competitor, as he placed first in a field of 47 golfers. His 71 ties for the fourth-lowest score in a round by a Lions player in team history.

Penn State Altoona compiled a team score of 298, placing first out of seven teams. The Lions’ team score tied for the fifth-lowest round in program history.

Penn State Altoona men’s golf returns to action next week when the Lions will compete in The Gauntlet on Sunday and Monday, Sept. 11 and 12, at Dauphin Highlands Golf Course in Harrisburg.