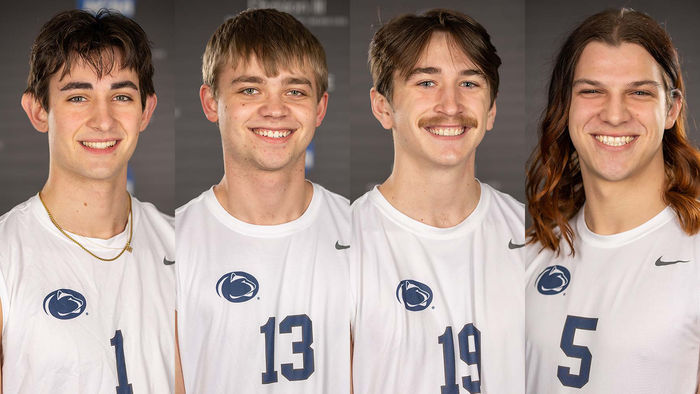 This is Silva’s second career selection to an AMCC All-Conference team, as he took second-team honors last spring.

This is Baker’s first appearance on an AMCC All-Conference team in his collegiate career.

This marks the second time in Bodisch’s collegiate career that he has earned All-AMCC honors, as he was a third-team selection last year.

Brinker competed in 25 of the Lions’ 27 matches this season with the team, helping to anchor Penn State Altoona’s defense as its usual starting libero. In the AMCC, he ranks eighth in digs per set (2.17) and 16th in total digs (174). Additionally, Brinker chipped in 0.45 assists per set and 36 total assists to rank 18th and 19th in the conference, respectively, in those categories.

This is Brinker’s first career selection to an AMCC All-Conference team.

Penn State Altoona men’s volleyball is 15-12 overall this season, including going 11-5 in the AMCC to rank fourth in the conference’s regular-season standings. The Lions earned a first-round AMCC Tournament win over Thiel College before falling to eventual champion Penn State Behrend in the semifinal round.

Penn State Altoona’s season will continue, however, as the Lions picked up their first-ever berth to compete in the Eastern College Athletic Conference’s Division III Championship Tournament this week. The team received the number four seed in the five-team bracket and gets a first-round bye before taking on top seed New Jersey City University this Saturday, April 16, at 11 a.m. at Ramapo College.