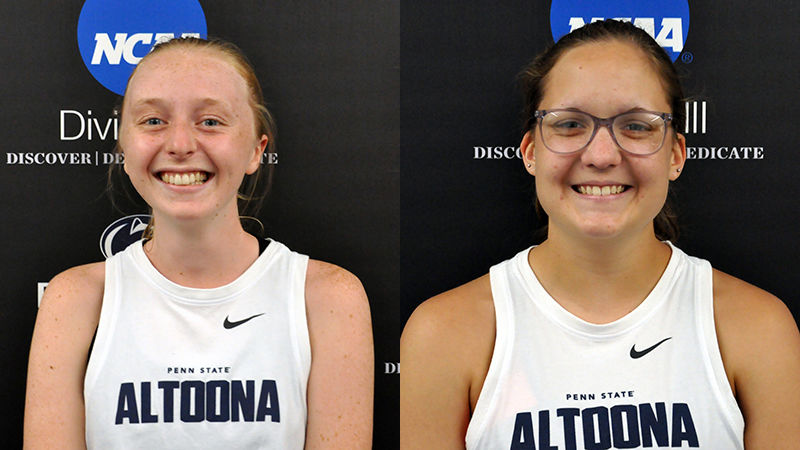 NORTH BOSTON, N.Y. — One of the Penn State Altoona women’s tennis team’s doubles pairings was recognized for their performance on the court this season, as student-athletes Jenna Bartlett (Bellwood, Pennsylvania/Bellwood-Antis) and Stephanie Swain (Yadkin County, North Carolina/Forbush) were voted to the first team of the All-Allegheny Mountain Collegiate Conference women’s tennis team.

Bartlett and Swain took first team All-AMCC status together for No. 3 doubles, where the duo posted a 4-4 overall record and a 2-2 regular season mark against conference opponents. In the AMCC, they led all No. 3 doubles teams in overall wins and also tied for first in conference wins.

This fall, Bartlett and Swain combined to post wins over their opponents from AMCC schools Medaille College and Pitt-Bradford in No. 3 doubles matches. In addition to those victories, the twosome earned a win over non-conference opponent Juniata College, and they prevailed against Pitt-Greensburg in the Lions’ AMCC Tournament semifinal round match.

Penn State Altoona women’s tennis went 4-6 overall this season, including going 3-3 in the AMCC to rank fourth in the conference’s regular season standings.