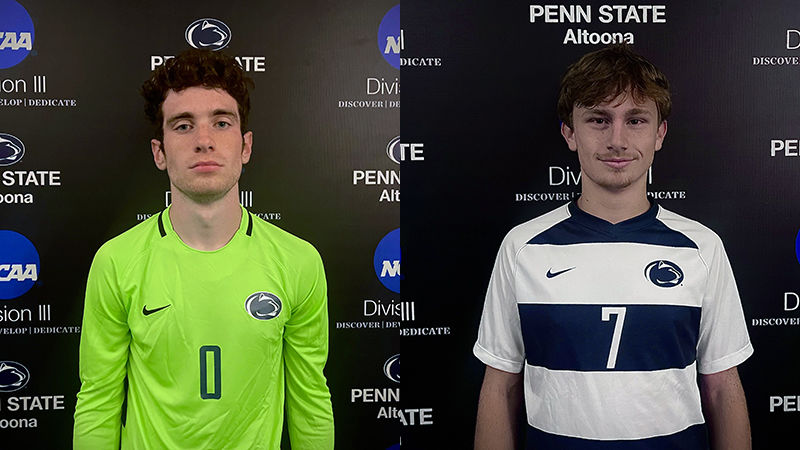 DANBURY, Conn. — A pair of Penn State Altoona men’s soccer freshmen were recognized for their standout performances during the month of September, when the Eastern College Athletic Conference (ECAC) announced its monthly men’s soccer awards on Wednesday afternoon.

Packevicz started all nine games in goal for Penn State Altoona in September, logging 796:25 between the pipes. The keeper compiled a 7-2 record that included shutouts of Wilson College and Thiel College. Packevicz made 40 saves and posted a .714 save percentage, and he finished the month with a 1.81 goals against average.

Ballard made nine starts at forward for the Lions in September, finishing the month with 11 goals scored and seven assists for a total of 29 points. The freshman tallied three game-winning goals, as well as a pair of multi-goal games, including a team-record five-goal effort in a win over Allegheny Mountain Collegiate Conference foe Hilbert College on Sept. 18, which helped him garner AMCC Offensive Player of the Week honors two days later. Ballard attempted 52 shots during the month, including putting 29 shots on goal.