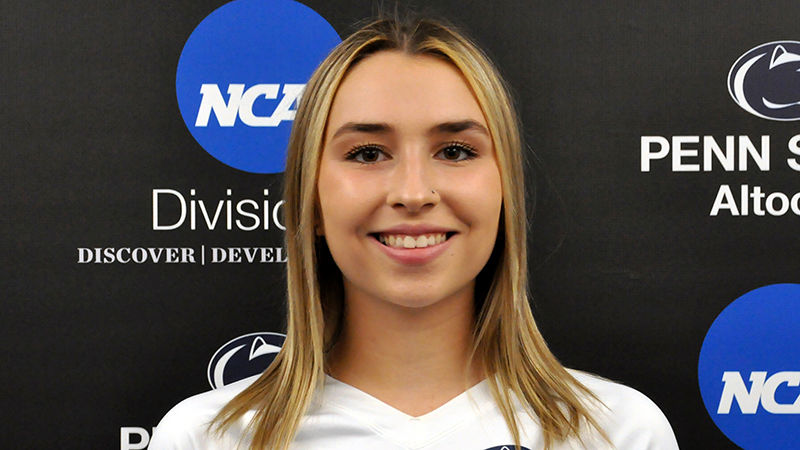 In Friday night’s 3-0 victory over Elmira at home, Barnhart totaled 10 kills on an impressive .409 hitting percentage. In Saturday afternoon’s 3-0 home sweep of Medaille, the sophomore recorded seven kills and one service ace.

This is Barnhart’s first career AMCC Player of the Week award.

Among all AMCC players this season, Barnhart currently ranks second in kills per set (3.46) and points per set (3.8).

Penn State Altoona women’s volleyball holds a 7-2 overall record this season, including a 1-1 record in the AMCC. The team’s next match is tomorrow, Tuesday, Oct. 5, when it will host non-conference opponent Penn State Harrisburg at 7 p.m. in the Adler Arena.