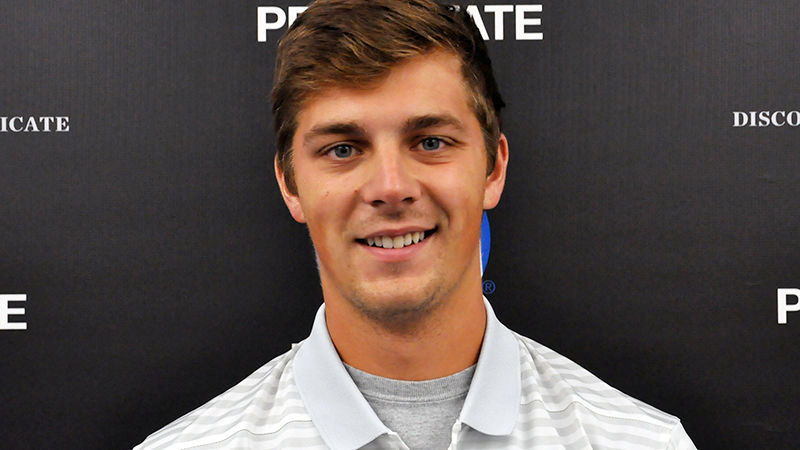 NORTH BOSTON, N.Y. — Penn State Altoona junior Andrew Ferguson (Altoona, Pennsylvania/Tyrone) has been recognized for his performance on the course this past weekend, as he was named the Allegheny Mountain Collegiate Conference’s (AMCC) Golfer of the Week.

Ferguson led the way for the Penn State Altoona men’s golf team at the Gatorade Collegiate this past Saturday and Sunday at Zoar Village Golf Course, helping the Lions to a fourth place finish out of 11 teams while having a hand in two new program records.

Ferguson shot 77 in the event’s opening round on Saturday, then followed that up by firing 68 on Sunday to compile a two-day score of 145, placing him in a tie for sixth individually out of 58 golfers. Ferguson’s second day score of 68 set a new Penn State Altoona golf program record for the lowest score in a round in team history.

Additionally, Ferguson’s 68 on Sunday helped the Lions shoot 289 on the day as a team, setting a new program record for the lowest team score in a round.

This is Ferguson’s first AMCC Golfer of the Week award this season, and it is the third time in his Penn State Altoona career that he has earned conference player of the week honors.