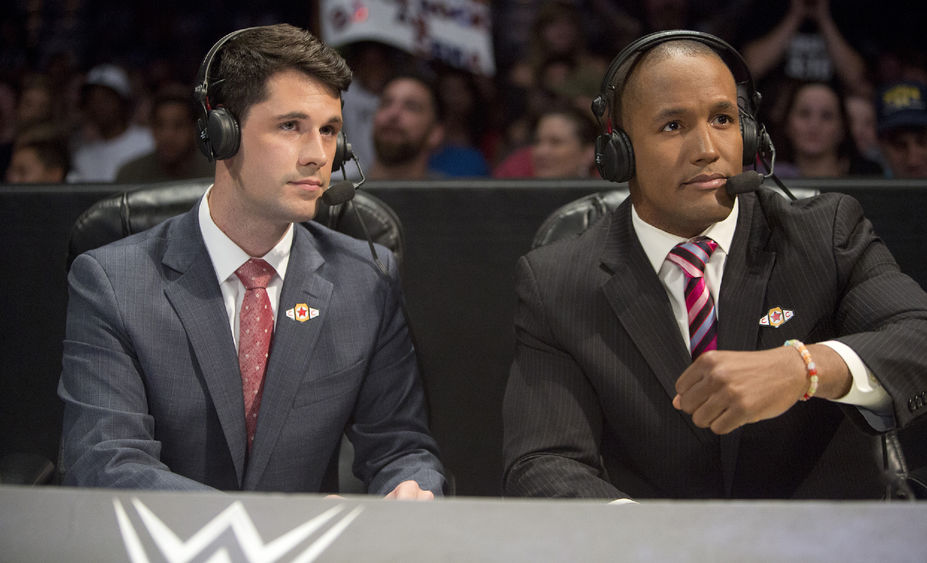 Known as Tom Phillips, left, to TV viewers, alumnus Tom Hannifan works hundreds of nights every year for the WWE with partners like Byron Saxton.

He’s polished and prepared — a true professional. He’s seen on a variety of programs on WWE Network, including “WWE Main Event,” and previously served as the youngest announcer in “SmackDown!” history (at age 25, in August 2014).

In his roles, Phillips describes action on the shows and related storylines for viewers, whom he unfailingly refers to as members of the “WWE Universe.” Additionally, he makes a striking impression with dark, well-trimmed hair and designer suits.

Most impressive, while at work in front of thousands of fans in often-raucous arenas, with action playing out before him and behind-the-scenes producers providing direction and information through his earpiece, he nimbly balances all the distractions and keeps broadcasts on track.

In his role, Phillips travels about five days a week, all over the world with the multimillion-dollar WWE troupe. He provides content for a variety of WWE programing and special events, and previously served as on-air host for a successful weekly social media series. When he’s not in front of the camera or preparing for assignments, he’s still at work. True days off seem rare.

“It may sound cliché, but I watch the WWE Network constantly. It could be matches from 1991, 1970 or as recently as 2010. I just like to listen to the ways commentary has changed through the years,” he said. “On commentary, we try to really bring what’s happening to life. So you have to know the product, the superstars and history. It’s not always easy.

“At first it was like trying to learn Chinese and having no knowledge of how to speak Chinese. The difficult thing was finding my own voice, and it feels like I’m competing with myself every week to get better.”

In good company
He’s figured that out pretty well, though. With his WWE position, Phillips — the stage name for Tom Hannifan, 26, who earned his Penn State journalism degree in 2011 — ranks as one of the more accomplished and visible young alumni from the College of Communications.

Earning an opportunity, and praise, as a WWE commentator puts Hannifan in good company. Many talented sports broadcasters and producers have collaborated or worked with WWE at some point during their careers. That includes on-air talent like Jonathan Coachman and Todd Grisham, both now at ESPN, and John Filippelli, president of the YES Network, who previously worked for ABC Sports, Fox Broadcasting and, briefly, WWE.

“He’s a low-maintenance, hard-working kid. He came with a good work ethic and an obvious desire to be good. I think that’s a testament to his upbringing and his education at Penn State."

In addition, WWE broadcasts rely on state-of-the-art mobile production facilities built by companies such as Pittsburgh-based NEP Broadcasting, which has included a strong contingent of Penn State alumni through the years.

“What he’s doing is extremely challenging. I would say if you can broadcast sports entertainment efficiently that you could transfer those skills into virtually any other televised entity,” said Jim “JR” Ross, a pro wrestling/sports entertainment commentator for 40 years who was inducted into the WWE Hall of Fame in 2007. His ongoing relationship with WWE includes work with the organization’s talent development efforts. That’s where he first met Hannifan in 2012.

“He’s a low-maintenance, hard-working kid,” Ross said. “He came with a good work ethic and an obvious desire to be good. I think that’s a testament to his upbringing and his education at Penn State. He’s got a great look, works hard, and his voice cuts through the clutter. He’s well on his way to establishing an excellent body of work in that genre, and only time will tell how far that will take him.”

A proud, protective family
While millions of viewers around the world know him as polished and ever-prepared Tom Phillips, and while a legendary broadcaster sings his praises, a handful of dedicated viewers know him as their son, or grandson. They’re justifiably proud and a bit protective.

“When I tell people he’s a broadcaster for World Wrestling Entertainment, some say, ‘Oh, that’s so funny,’ which I don’t like because it’s like it’s not a real job,” said his mother, Patti Hannifan, who earned her nursing degree from Penn State in 1978. “Most people kind of go one way or the other, admitting they’re a little interested in wrestling or just might not watch.

“For us, it’s good to see him. I wish he was on a little bit more, actually, but I know I’m biased.”

Along with Patti and father Kevin Hannifan, the family support comes from older brother Chris, who earned his political science degree from the University in 2009, and younger sister Laura. Hannifan’s grandparents, James and Elaine Oeste, watch regularly, and his 91-year-old great aunt “Nini” makes sure the TV at her assisted living home in Blue Bell is tuned to the WWE whenever Hannifan is working.

Those family members know Hannifan as someone more comfortable in sweat pants than a pressed pinstripe suit. They also know he earned his high-profile spot traveling around the world on the strength of years of hard work — whether it was miles logged driving from Penn State Altoona to University Park in a dark blue Chrysler Pacifica just for some airtime on ComRadio, or whether it was post-graduation jobs broadcasting small college football and basketball games for $50 a game. While doing that in the summer of 2012, he was waiting tables to stay afloat financially.

About that time, his grandfather offered some advice. “It was really a shot in the gut to hear him tell me that, you know, this broadcasting thing might not be working out," Hannifan said. "At the time, it was hard to admit but he was probably right. It was a pretty stressful time. That was about a month before the WWE called.”

Personable and Penn State proud
He started with WWE’s developmental unit, NXT, based in Winter Park, Florida. He developed relationships with in-ring talent and learned how to do his job and how to help them tell a story. There’s an important element of trust that comes with such a relationship because a good commentator can help wrestlers enhance their status as “face” (good guy) or “heel” (villain).

Hannifan’s likeable personality (something ComRadio general manager Jeff Brown said made him popular and productive as an undergraduate) served him well while solidifying those relationships and building his own skill set. Beyond describing action, Hannifan sets a tone for broadcasts and promotes everything from upcoming TV segments to future WWE events.

Of all that has changed with his job, the one thing that has remained the same has been his sincerity. He’s dutiful, and really well practiced, about promoting the sports entertainment business, but he’s not giving anyone the business when he talks about his alma mater or family. On those topics his passion is obvious.

“When I learned that the WWE Network was in 175 countries, that was a little intimidating. Honestly, though, what’s more important to me is that my grandparents are in their 80s and they can tune in and see their grandson ... " he said. It’s at that point when his voice trails off, followed by a moment to collect his thoughts. Hannifan then continues, a little more quietly. “ … and that my parents and my girlfriend and friends can see me. The fact that I can connect with that many people that love and care about me, it gets me very emotional.”

“I told myself I want to be the greatest broadcasting alumnus Penn State has ever had. That’s a really tall task, but I pursue that every single day. It’s beyond important for me to represent my school and my family.”

Even with his mom and brother preceding him, Hannifan was not a lock to attend Penn State — especially when he was accepted at Penn State Altoona instead of his preferred University Park location. A bit of flexibility by Brown and ComRadio, along with Hannifan’s usual dose of motivation, sealed the deal though.

"I got accepted to Penn State Altoona, but I was able to participate in ComRadio because nobody prevented me from driving back and forth to main campus to do shows or for meetings. That opportunity was the sole reason I came to Penn State, and I came with a bit of an ego, too,” Hannifan said. “Still, there was support for whatever I wanted to aspire to do.

“I told myself I want to be the greatest broadcasting alumnus Penn State has ever had. That’s a really tall task, but I pursue that every single day. It’s beyond important for me to represent my school and my family.”

Of course, Hannifan’s mom reciprocates that love. She’s biased and knows it, but she also knows a lot about the person who appears on TV. She describes her younger son as a funny old soul.

“Of my two sons, Tom was always the more casual dresser. He was like, ‘Really, I have to put on something other than shorts?’ In the summer months he could live in shorts and a T-shirt, and in the fall it was jeans and a hoodie,” she said. “He’s definitely heightened his fashion awareness and now he’s into ties.”

Always a 'carrot kid'
Like his dedication to his family, though, some things remain the same. Patti Hannifan calls Tom her “carrot kid.” “Tom’s always been driven,” she said. “If you dangle a carrot in front of him, he’ll go for it.”

He grew up watching the WWE and has parlayed his passion and skills into an important and visible role with the company. For example, his weekly “5 Things” videos, brief five-item countdowns on WWE-related topics that aired online, sometimes attracted more than 1 million viewers.

Somehow, he keeps things in perspective. The business requires focus and preparation, so there’s no time to bask in the glow of attention or rest after a good show. There’s always another show, and he’s interacted with enough big-name performers to overcome any real moments of awe.

Still, he admits working alongside Dwayne “The Rock” Johnson, as he did in his hometown of Philadelphia earlier this year, ranks among a short list of career highlights. “In classic Rock fashion, he tore me to pieces,” Hannifan said. “In my head I’m thinking about all those times he’d done that to someone else. I’m just trying to stay focused.”

An interaction with The Rock, who puts down some with “know your role and shut your mouth,” actually provides a more-than-apt summary of Hannifan’s approach. As Tom Phillips, he does just the opposite. He knows his role — which means opening his mouth at just the right times.

“My job is to bring viewers information. My job is to make sure the show goes smoothly, point out what happened last week, mention what’s coming next. That’s my job,” he said. “My job is just to be the professional.” 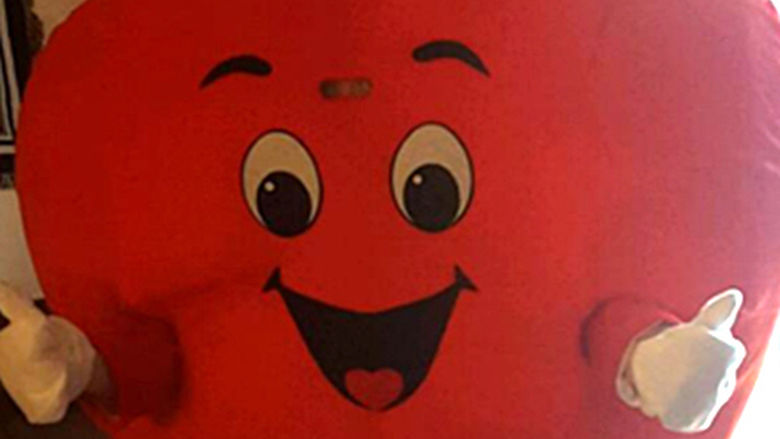 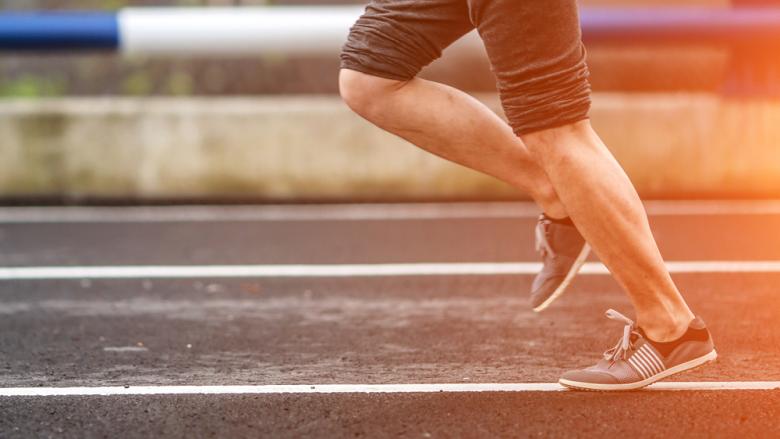 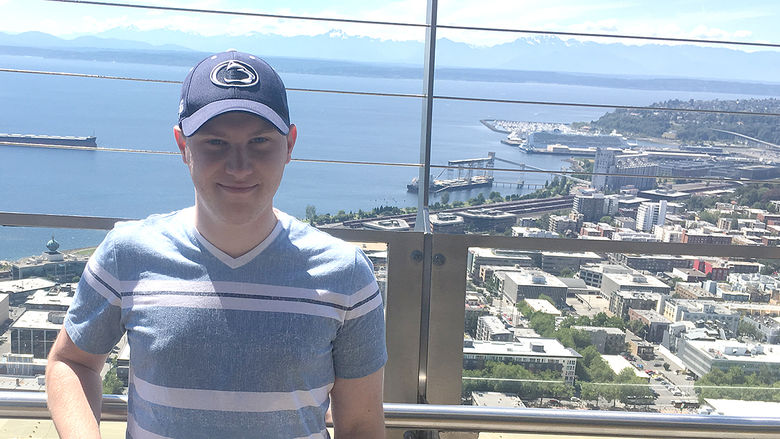 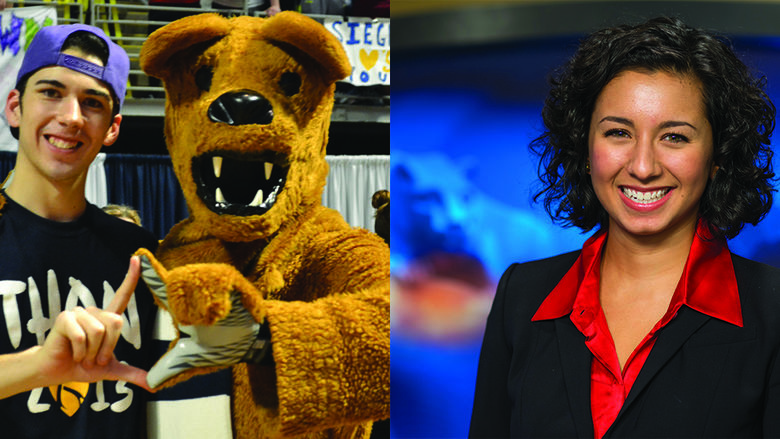