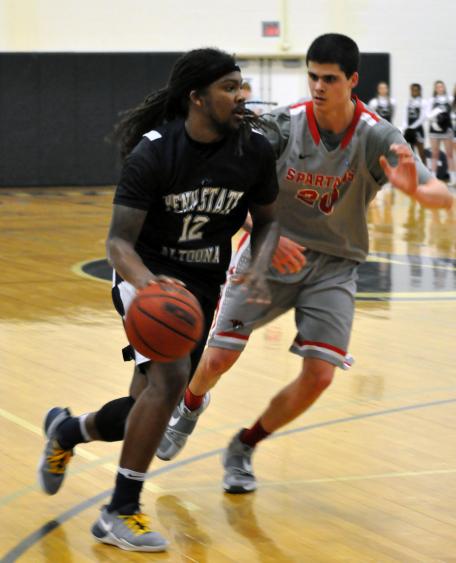 Penn State Altoona men's basketball senior guard Javon Wilson was named the AMCC's Player of the Week on Monday, Jan. 16, for his performance the previous week, during which he averaged 18.3 points per game.

Lions senior guard/forward Javon Wilson (Washington, D.C./T.C. Williams) was named the Allegheny Mountain Collegiate Conference’s Player of the Week on Monday, Jan. 16, for his performance the previous week, during which he averaged 18.3 points per game, 4.3 assists per game, 3.7 rebounds per game, and 2.3 steals per game.

In her first meets of the season, Lady Lions freshman Emily Booz (Berwyn, Pennsylvania/Conestoga) recorded a total of three individual first place finishes and one relay first place finish. She had one individual first place on Friday, Jan. 13, in a tri-meet with Gallaudet and York, winning the 100 Yard Backstroke. In a victory at Wells on Tuesday, Jan. 17, she won the 50 Yard Freestyle and the 200 Yard Backstroke and also helped her team prevail in the 200 Yard Medley Relay.