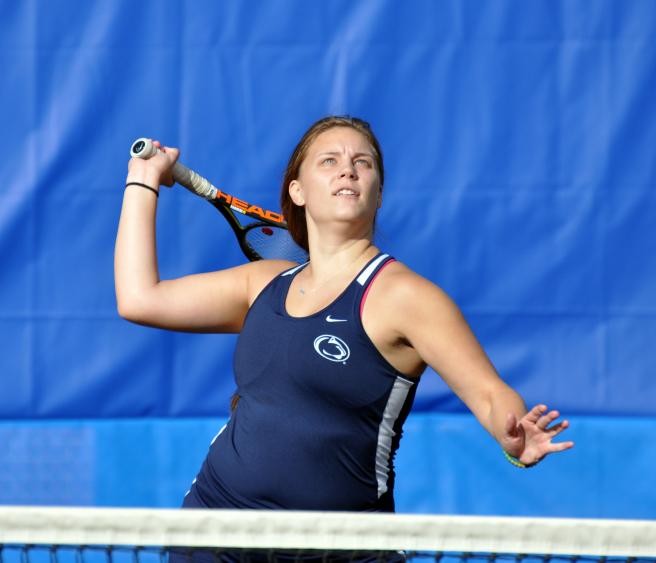 Penn State Altoona women's tennis freshman Brayley Lewis was voted the 2016 AMCC Newcomer of the Year in her sport after going 8-3 in singles and 8-4 in doubles this fall for the Lady Lions.

The Lions started their 2016-2017 season on Saturday, Oct. 15, in the Pitt-Bradford Panther Relays meet and combined with the Lady Lions to score 116 points and place second.

Penn State Altoona women’s soccer’s win at Medaille College on Oct. 15 was the team’s first conference victory of the season.

The Lady Lions opened their 2016-2017 schedule in the Pitt-Bradford Panther Relays on Oct. 15 and combined with the men’s team to score 116 points and place second.

The Lady Lions’ 5-2 loss to Franciscan in the AMCC tournament semifinal round eliminated the team from the playoffs.

With their win over Pitt-Greensburg on Tuesday, Oct. 18, the Lady Lions improved to 5-1 in the AMCC and remain in second place in the conference standings.