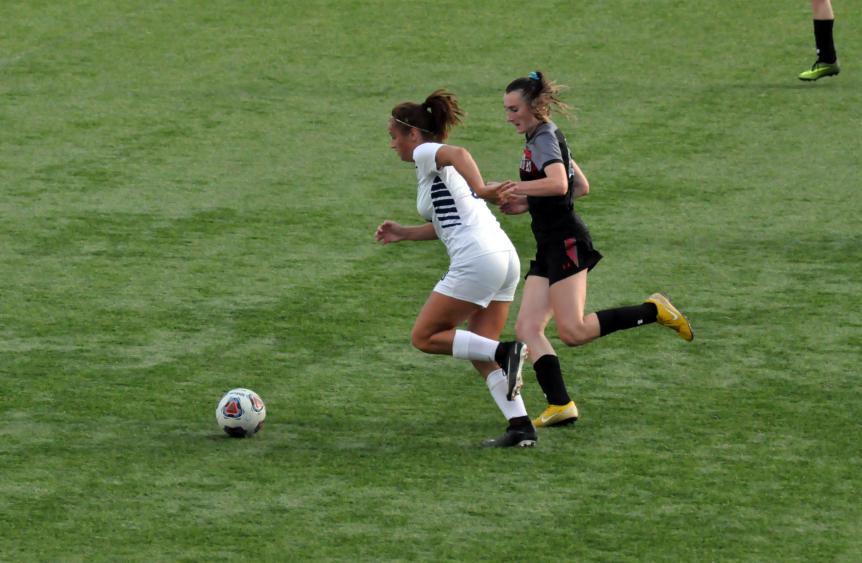 Freshman Kieran McKee (York, Pennsylvania/West York) had a hand in three first place finishes for the Lions on Saturday, Oct. 26, as they defeated AMCC opponents Pitt-Bradford and SUNY Delhi in a tri-meet in Bradford. McKee won individual swims in the 50 Yard Freestyle (23.68) and 100 Yard Butterfly (57.52), and he was part of the team that took first place in the 400 Yard Medley Relay (4:09.37).

Freshman midfielder KK Wolfe (Coatesville, Pennsylvania/Coatesville) scored a goal in each of her games last week, helping the Penn State Altoona women’s soccer team clinch an AMCC Tournament berth for the second season in a row.

Freshman Grace Dangelo totaled three first place finishes – including a new team record in one swim – for the Lady Lions on Saturday, Oct. 26, as her team split a tri-meet with AMCC opponents Pitt-Bradford and SUNY Delhi. Dangelo won the 200 Yard IM with a Penn State Altoona women’s swimming record-setting time of 2:16.40, and she also placed first in the 100 Yard Freestyle with a time of 56.56. Later, the freshman and teammates combined to win the 400 Yard Freestyle Relay in a combined time of 4:08.62.