ALTOONA, Pa. — Programs at Penn State Altoona and the larger University will benefit from the generosity of the late Gerald “Jerry” Getz, of Toledo, Ohio. After Getz’s death earlier this year, a $1 million gift was received from his estate. 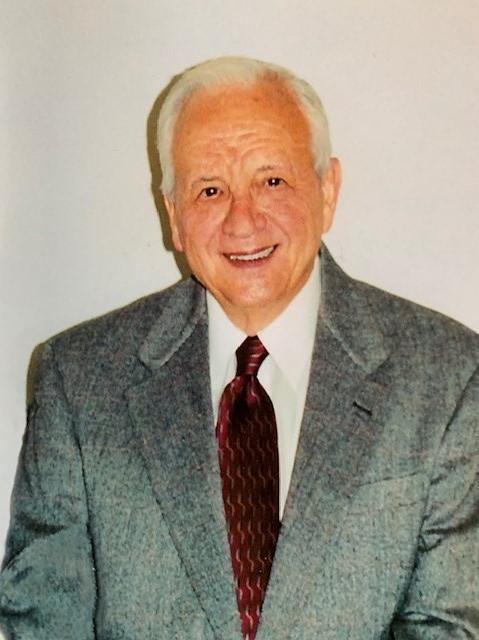 The 1951 graduate began his education at Penn State Altoona, where $500,000 of his gift will be used to create the Gerald Getz Enhancement Fund for Penn State Altoona. The remaining $500,000 of Getz’s gift has been allocated to the University’s general fund to help Penn State address its most urgent and pressing needs, as determined by the president.

The endowed Gerald Getz Enhancement Fund will support various programs and activities at Penn State Altoona, including the Engineering Ahead program. The gift pays homage to the location where the Altoona native’s journey in life began, as well as the college that helped to establish his career and personal interests later in life. A graduate of the College of the Liberal Arts, Getz used his education in an unconventional way. The conversational skills he developed led to a career in sales, and later to the ownership of four pizza shops in Ohio.

Penn State Altoona Chancellor and Dean Lori J. Bechtel-Wherry noted that “Jerry had a jovial demeanor, a chivalrous conviction, and he could bring a smile to anyone’s face. He was a skilled entrepreneur who was successful in nearly every venture he undertook. His passion for Penn State was steadfast throughout his life, and he was humble about his philanthropy.”

Bechtel-Wherry believes that Getz’s gift to Penn State Altoona was an expression of his gratitude for the experience he had at the Altoona campus.

“A few years ago Jerry attended our Pioneer Reunion,” she said. “He was overwhelmed with how much the campus had changed since he had been a student. I am grateful for his generosity. His gift will ensure that future students will have the same opportunity that he did.”

This gift will advance “A Greater Penn State for 21st Century Excellence,” a focused campaign that seeks to elevate Penn State’s position as a leading public university in a world defined by rapid change and global connections. With the support of alumni and friends, “A Greater Penn State” seeks to fulfill the three key imperatives of a 21st-century public university: keeping the doors to higher education open to hard-working students regardless of financial well-being; creating transformative experiences that go beyond the classroom; and impacting the world by fueling discovery, innovation and entrepreneurship.