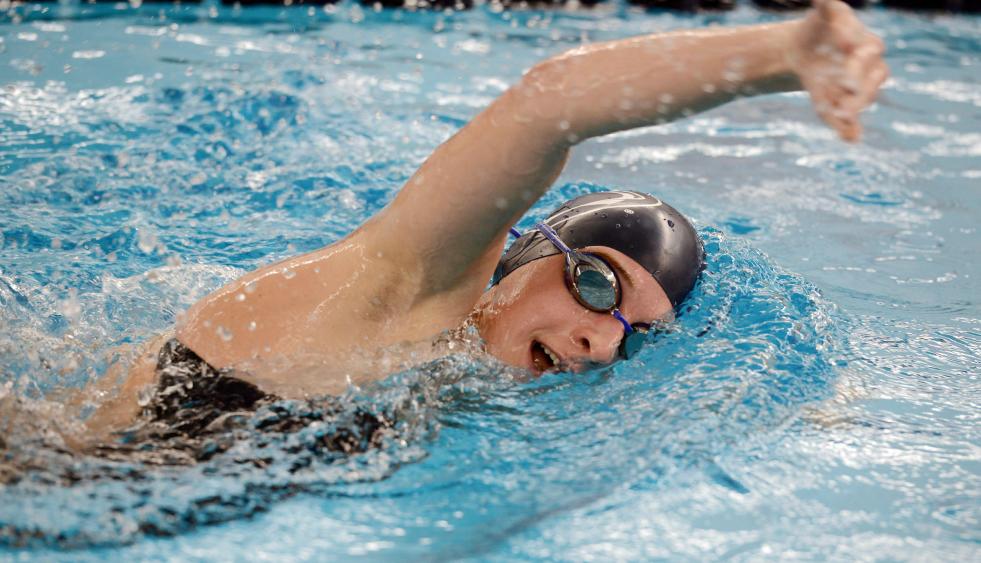 Women's swimming freshman Danielle Bye earned AMCC Newcomer of the Year honors for totaling the most points of any first-year female swimmer during the four-day conference swimming championships.

Junior Tanner Yaw (Palmyra, PA/Palmyra) earned a first place finish in the 50 Yard Freestyle during the Lions’ season opener against Pitt-Bradford on Saturday, Oct. 27, finishing in 23.57.

The Lady Lions won their first round Allegheny Mountain Collegiate Conference game on Saturday, Oct. 27, propelled by the first two career goals scored by senior Sydney Emershaw (Dallas, PA/Dallas). However, the team fell in the AMCC Tournament semifinal round on Wednesday, Oct. 31. In that loss, freshman goalkeeper Riley Barrett (Sunbury, PA/Shikellamy) made a season-high 17 saves for Penn State Altoona.

Sophomore Danielle Bye (Hockessin, DE/Cab Calloway School of the Arts) picked up an impressive three individual first place finishes in the Lady Lions’ season opener against Pitt-Bradford on Saturday, Oct. 27. In the 200 Yard IM, she placed first with a time of 2:26.20. Next, she won the 100 Yard Freestyle with a time of 1:00.25. Bye capped her day by prevailing in the 100 Yard Backstroke, clocking in at 1:09.45.

Women’s tennis suffered a loss to Mount Aloysius in the AMCC Tournament semifinal round on Saturday, Oct. 27. In the loss, freshman Jessica Stevens (Altoona, PA/Altoona) continued her great first year of collegiate tennis with an 8-4 win in No. 1 doubles, as well as a 6-0, 6-1 win in No. 1 singles that improved her overall singles record to 13-0 this year.

Women’s volleyball’s season came to an end on Wednesday, Oct. 31, when it lost to La Roche in the first round of the AMCC Tournament. In the Lady Lions’ final regular season game against Pitt-Bradford and their playoff loss to La Roche, freshman libero Kaila Clawson (Altoona, PA/Altoona) combined for a team-high 31 digs.