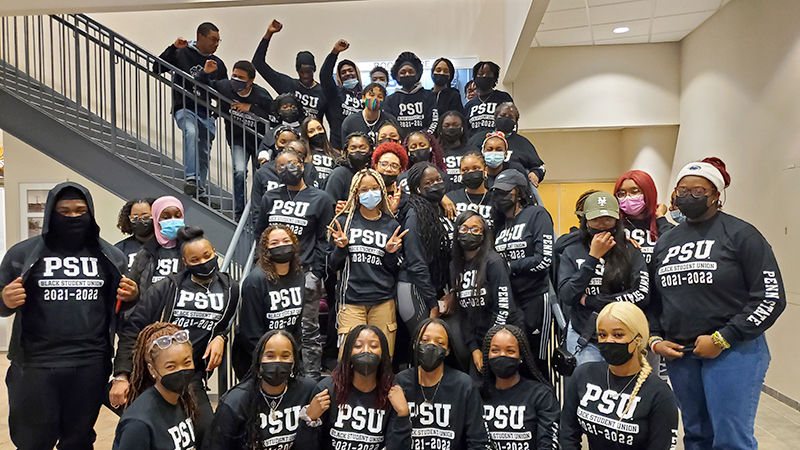 Penn State Altoona’s Black Student Union is the largest student organization on campus, and its leadership is looking to expand membership and diversity.
By: Marissa Carney

“I’m from Senegal, so I wanted to find friends also from Africa to stay connected to my roots, to have that anchor here at college.”

Joining a group for Black students was one of the most important things to Yeyya Wane when she began her first year at Penn State Altoona in fall 2021.

It was important for Adeola Adewole and Tyliayah Vereen when they started at the college, as well. Now all three sit on the executive board of the Black Student Union (BSU), working not only to meet but exceed the organization's goals.

Foremost among those objectives is to offer a safe space for Black students to gather—a place where they can feel their most comfortable and be their most authentic, a place to build relationships and connections, and a place to share concerns and issues they’re facing. “It’s nice to be in a comfort zone with people who you share a culture with and can relate to,” says Vereen, a Philadelphia native and the BSU vice president. “It’s just nice to be around things and people you’re familiar with.” 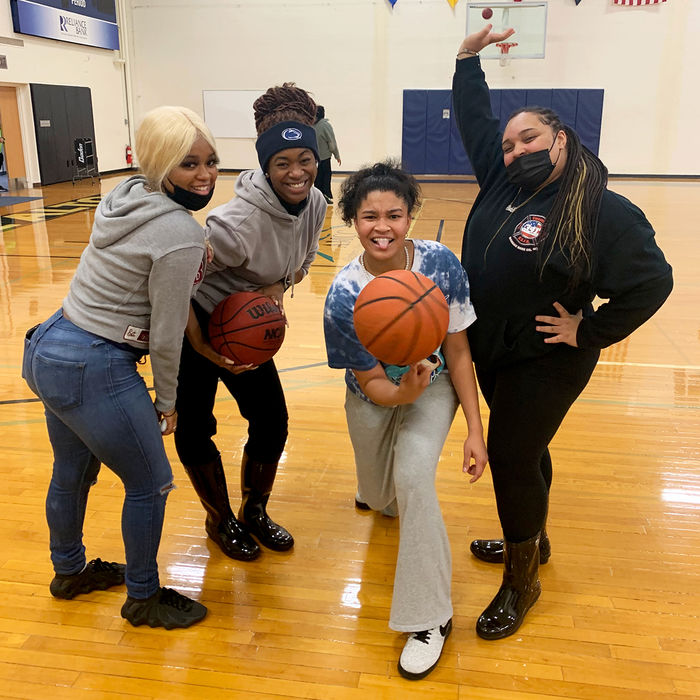 The BSU was disbanded during the 2020-21 academic year due to the pandemic, and it would have been simple to let it fade away forever, but there was no way Adewole would let that happen. A junior of Nigerian descent, she is in the most challenging year of her nursing studies but felt a calling to take responsibility and lead the organization as its president. She remembers how important BSU was to her during her first year at Penn State Altoona, a predominantly white college in a predominantly white city.

The organization now has 108 members and is the largest student group on campus. It encompasses those who identify as African, Black American, bi-racial, and Caribbean, but it’s not limited to only those students. In fact, a second goal of the BSU is to grow its membership and embrace all races.

“I think some people are a little intimidated to come to meetings or events because we’re called Black Student Union, but 'union' denotes unity and fellowship,” says Wane, BSU treasurer. “We are trying to partner with other organizations to get a larger reach into the campus, to get more people involved and have them see past that label of Black.”

As members of the BSU learn about and celebrate Black culture, lifestyle, and history, they want to share that with all students of Penn State Altoona and foster an environment of understanding, connectedness, and solidarity.

“Students of different races might be uncomfortable around Black people,” states Adewole. “Maybe their hometown is predominantly white, or they don't usually see a lot of people of color. Getting involved with BSU could break down those barriers. It could also create more awareness about the racism and discrimination that people of color face.”

One event that can help with that is Dinner and Dialogue. Sponsored by Sue Patterson, director of Student Diversity and Inclusion Programming and the BSU adviser, the gatherings are held monthly. It’s simply a chance for students to sit down and have conversations over a meal. Only one or two students showed up the first few times, but as BSU members began inviting others outside of the Black community, it’s been steadily growing. The last event had 18 students, including Blacks, whites, Asians, and Latinos.

“They're loving it, and it’s really cool to watch groups who don't normally interact be together,” says Patterson. “They're making our campus a better community by spending time together and talking.”

If Dinner and Dialogue continues to grow, Patterson says she will add a second one each month. 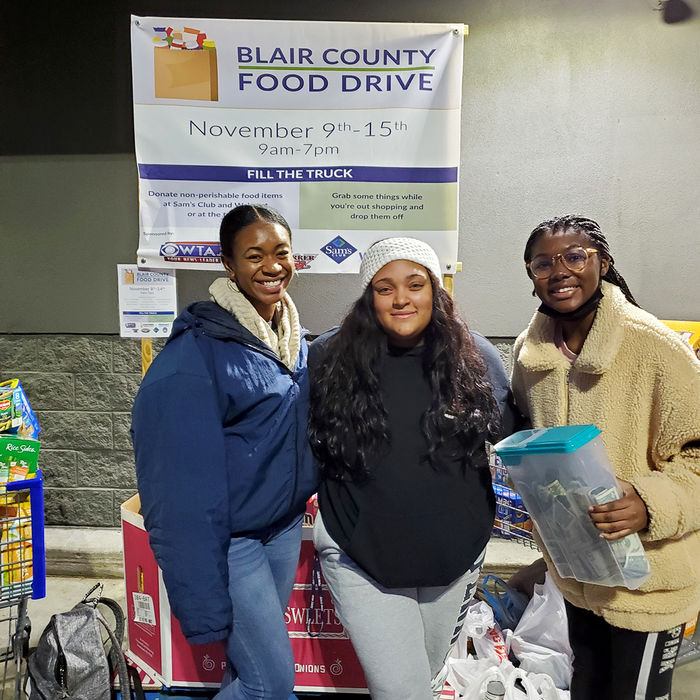 BSU members plan and hold other events for the campus community. They’ve brought speakers in and held a dodgeball tournament and game nights. They recently planned a photo booth for Valentine's Day, and members have volunteered for community food drives and at the Penn State Altoona African American Read-In. They held a trivia night for Black History Month and recently sold BSU t-shirts and sweatshirts around campus to raise awareness for the group. They are also working with Patterson to lead workshops at an upcoming diversity summit on April 2 on campus.

“I serve as their adviser, but I'm just there for support,” states Patterson. “They're doing this on their own, and they have really gained momentum. They found a way to form a community for our students of color but one that includes everybody. They're amazing.”

Adewole would love to see new things implemented in the coming years, including partnerships with community businesses and organizations and a mentor program within local elementary schools. “There is so much we can do, and we have so much to give, especially if our membership keeps increasing.”

Vereen has one more year of study ahead of her but is hoping the current BSU board is already instilling strong leadership in the younger members so the organization’s third goal can be met: act as a liaison between students and administration.

Wane says for that to happen, BSU members need to advocate for themselves as Black students in the Penn State system. “I want us to be able to speak up for what we want and need, what we think is missing or isn’t happening for us. We have to use our voices; we have to have say on campus.”

“I’d like us to use our voices to bring more opportunities and resources for Black students to campus,” adds Vereen. “It would be great to see things like additional scholarships and more faculty and staff engagement.”

Adewole is proud of what she and the board have accomplished in the last two semesters. She’s excited to see where it goes in the future but happy to have some time left as president of the BSU. “It’s such a fun time. I look forward to our meetings and our events because I know we're going to be laughing and listening to music and just having a great time together.” 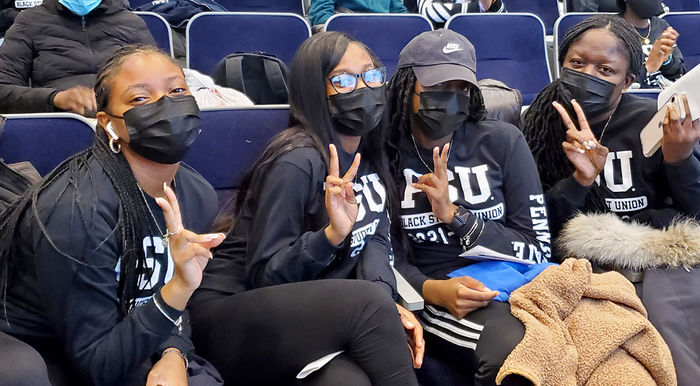