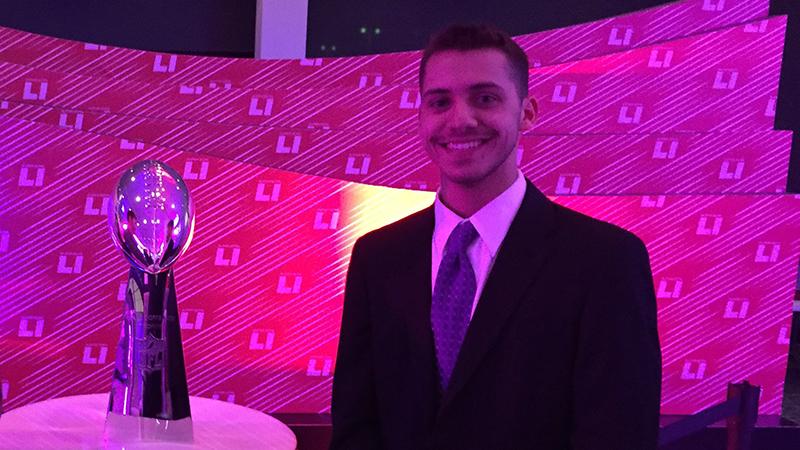 While Super Bowl fans geared up for the game, Michael McGuire was working harder than ever behind the scenes.
By: Marissa Carney

While Super Bowl fans spent the week leading up to the game between the Atlanta Falcons and the New England Patriots planning parties, placing bets, or waiting anxiously, Michael McGuire was working harder than ever behind the scenes. 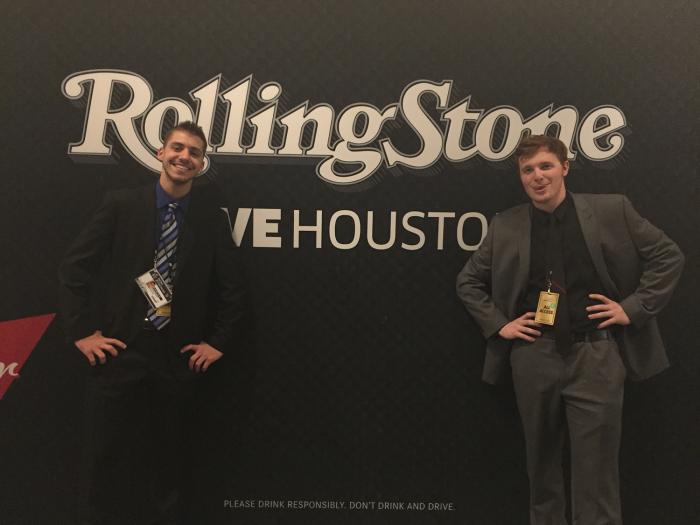 McGuire, a Penn State Altoona sophomore from Pittsburgh, was offered the opportunity to work Super Bowl LI through Andy Frain Services, a private security company he was employed with in the past. “I knew it was an experience I couldn't miss, and so I said yes, even though I had no idea what I would be doing until I got there.”

McGuire flew to Houston, Texas, where he worked nearly non-stop from Jan. 28-Feb. 6, putting in more than 100 hours. As soon as he arrived, he went straight to Andy Frain headquarters where he learned he would be serving as an operational manager as well as overseeing and taking part in the planning of private parties during the week.

Every day McGuire made calls to the nearly 1,000 employees making sure they had their credentials, knew their shifts, and knew to which post they were assigned. Posts included the University of Houston where the New England Patriots practiced, Rice University, where the Atlanta Falcons practiced, or the Falcons’ hotel in the city. McGuire helped develop an Excel spreadsheet that made it easier to contact the employees and check in with them. He made calls to the shuttle drivers taking employees to and from their posts to make sure they knew where to pick them up. He put together schedules and worked overnight shifts securing the office.

There were some days that McGuire worked at post, so he was able to visit the Patriots practice field, which was an exciting opportunity for him. “That was the first day the players came, so only a handful were there when I was. But I saw Tom Brady walk by and met Bill Belichek. I saw the core wide receivers, and the owner of the Patriots put his hand on my shoulders and joked with me.”

And then there were the private parties. There was the Commissioner’s Dinner for NFL executives on Friday night where McGuire made rounds as a supervisor, checking on licensed employees, making sure they had everything they needed. Singer John Legend performed and the Lombardi trophy was on display, so McGuire was able to snag some photos with it.

The next night was the NFL Honors Awards where McGuire saw Matt Ryan, the NFL MVP and offensive player of the year, along with Steelers players Antonio Brown and Le’Veon Bell. Later the same night was the Rolling Stone Magazine Party. McGuire acted as supervisor there, but also worked the VIP entrance where the talent and athletes entered, checking wristbands. “I saw multiple celebrities and shook hands with Jerome Bettis, former Pittsburgh Steeler, and Odell Beckham, wide receiver for the New York Giants. Rappers like Busta Rhymes, the guys from Migos, and Big Sean walked by me. I was able to have small talk with a majority of them. It was a lot of fun, and seeing so many celebrities and high profile people come together to appreciate music was really cool.”

On game day, McGuire checked bags at NRG Stadium until halftime, watched Lady Gaga’s performance, and then, because of strict NFL guidelines, was dismissed from the stadium. He caught the rest of the game at a local bar, which may seem disappointing and an abrupt end to such a long week, but McGuires says, “I was not unhappy with that at all because of everything that I got to do and see while I was there.”

For McGuire, who plans to major in business, the week had many others benefits for him. At first he says he felt a bit awkward, being a college student working in an office with professional adults. “I know they had to be looking at me, seeing this young kid, and thinking, ‘what is he doing here,’ but I worked my butt off. I wanted everyone to see that I was worthy of being there.” He worked his twelve to sixteen hour days without complaint, always ready for the next task. His commitment to the job earned him full responsibilities from his bosses, and at the end of the week, the head honcho was singing his praises. “He told me that at first he had his doubts about me, but I proved him wrong. He offered to write me letters of recommendation and a letter to Penn State Altoona’s associate dean of Academic Affairs about how hard I worked.”

McGuire was excited to network in ways that may benefit him in the future. “We were at dinner at a fancy restaurant before the Rolling Stone party and owners of the New Era hat brand were sitting at the table behind me. They sponsor a lot of Major League Baseball teams. Some people from the office dared me to talk to them. I ended up having a twenty-minute conversation and got the contact information for one of the owners. I can try to get an internship there this summer because I made that connection.” The manager of Andy Frain Services also extended an offer of employment in Houston to McGuire after college. Because he is interested in pursuing a career in management and supply chain management, the week offered McGuire exactly what he can expect to see in a job. He was able to get an inside look at how businesses are run, and learn about customer service. He learned the importance of simply putting on a smile, asking people how they are, and making eye contact during conversations. “It was a great experience that truly helped prepare me for the real workplace, plus it included sports, so that was a bonus for me!”

McGuire has tons of pictures from his incredible week, plus the credentials and access passes from the parties and game day. “I have them hanging in my room. I’ll keep them forever. This was such an awesome opportunity, and I’m so grateful. I am going to remember this for the rest of my life.” 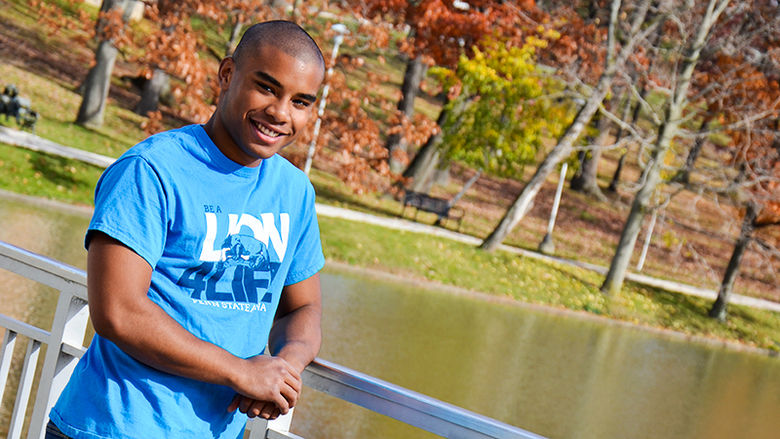 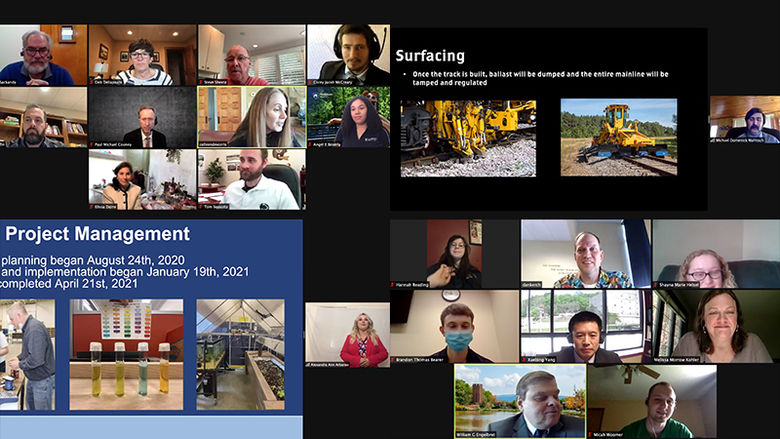 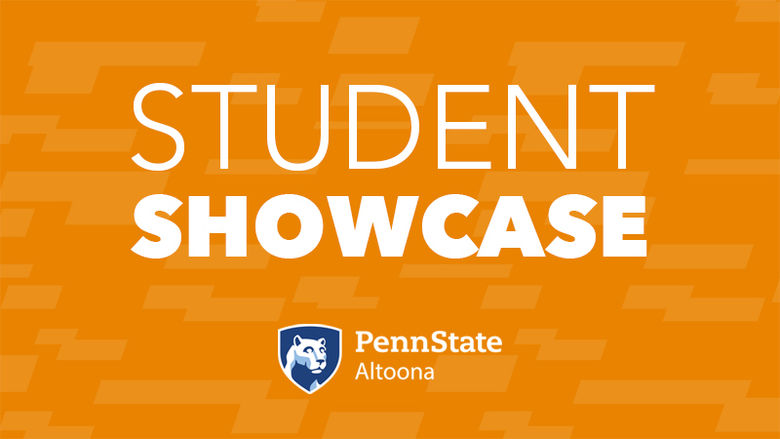 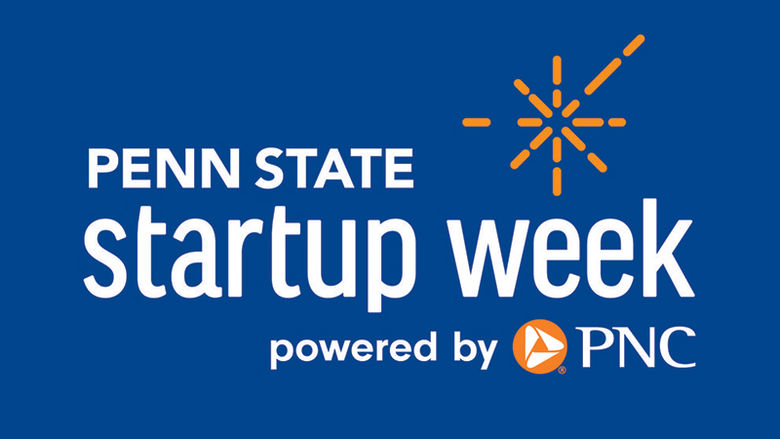