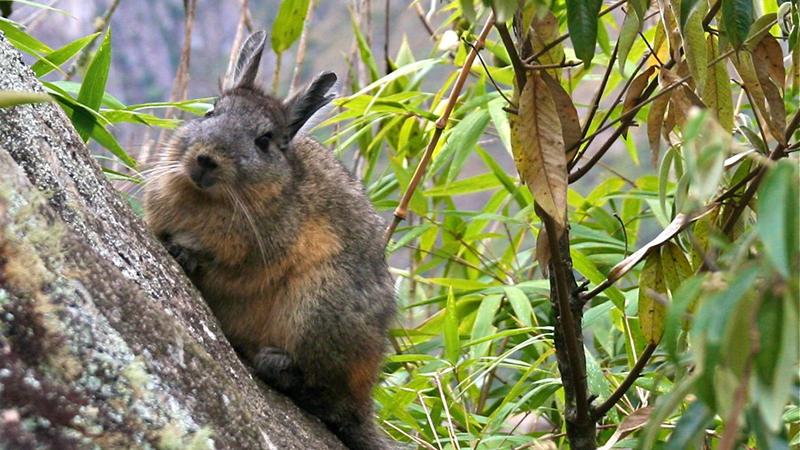 In Search of Chinchillas

Professor Carolyn Mahan started out looking for wild chinchillas in Peru—believed to be extinct—and instead found half a dozen species of other rare wild mammals.
By: Therese Boyd 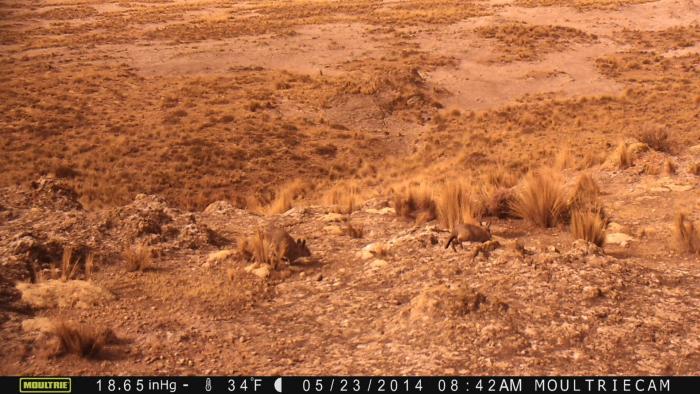 Northern viscacha (Lagidium peruanum) are seen scampering across the high elevation Andean plateau in this camera-trap photo. Although related to the extremely rare wild chinchilla (Chinchilla chinchilla), viscachas are locally common in portions of Peru.

Sometimes seeking an answer to a question takes the researcher in an unexpected direction. Carolyn Mahan, professor of biology and environmental studies at Penn State Altoona, with the help of an initial grant from the Penn State Altoona Advisory Board Fund, started out looking for wild chinchillas in Peru—believed to be extinct—and instead found half a dozen species of other rare wild mammals.

In addition to Mahan, Environmental Studies students were involved in an interdisciplinary course in Peru, led by Denice Wardrop, interim director for engaged scholarship and associate director for Riparia (formerly the Penn State Cooperative Wetlands Center), and Joe Bishop, research assistant for Riparia, both at University Park. Mahan says, “They had a geography class and always included Penn State Altoona students. My students were always going and it got me curious about Peru and what conservation projects I could get involved in.”

Mahan found she “loved the high Andes but its habitat has not been as well studied as other parts of South America. Then I learned about the short-tailed chinchilla.” Chinchillas are a little smaller than rabbits, with big round ears, and a coat so highly valued for its softness that they were hunted into extinction in Peru in the late nineteenth and early twentieth centuries. “Almost all their pelts were sent to Europe,” says Mahan. But because they are rodents and can reproduce quickly, “there’s a good chance they still exist in Peru but no one has seen any. In 2012, they were re-discovered in nearby Chile.”

Mahan decided she would try to get some photographic evidence of chinchillas 11,000 to 13,000 feet up in the high Andes. In order to do that, she had to make professional connections in the country. “I ended up forming relationships with Dr. Victor Pacheco, professor at San Marcos University and curator of mammals at Museo de Historia Natural in Lima, as well as local biologists who wanted to help me with the project.” Mahan needed people with a specific skill and found them in biological researchers and naturalists Cesar Augusto Monzon Tapia, Rocio Alvarez, and Edwin Mendoza: “They really had to speak Quechua, the language of the ancient Incan Empire because we had to ask the locals for information before we could place our traps.”

Those “traps” are camera traps, which operate with motion detectors. The dozen cameras that Mahan has in Peru have been “recording images of mammals and birds found in the high Andes. We have been collecting data at six sites. Just a few weeks ago Dr. Pacheco and his graduate students in Peru produced a complete list of mammals found in camera-trap photographs. This list included six rare species that we know very little about, not commonly found in museums.” That list includes Leopardus colocolo (Pampas cat), Lycalopex culpaeus (Culpeo fox), Conepatus chinga (Molina’s hog-nosed skunk), Lagidium peruanum (Northern viscacha, a relative of the chinchilla), Abrocoma cinerea (Ashy chinchilla rat), and Abrothrix jelskii (Jelski’s Altiplano mouse).

Despite no evidence of the wild chinchilla showing up on camera, Mahan says, the project will continue with some additional funding from Penn State’s Huck Institute of Life Sciences. “What is really cool is this is running on its own. I’m supporting Peruvian scientists and students who are doing this work. In March Puno-biologists Cesar and Roco added new study sites and placed additional camera traps that I had sent to Peru. These will be checked in summer 2018. And it all started with the Penn State Altoona Advisory Board. Their initial funding has grown and now is supporting a small group of researchers in Peru and helping us to better conserve the mammalian habitat of the high Andes.” 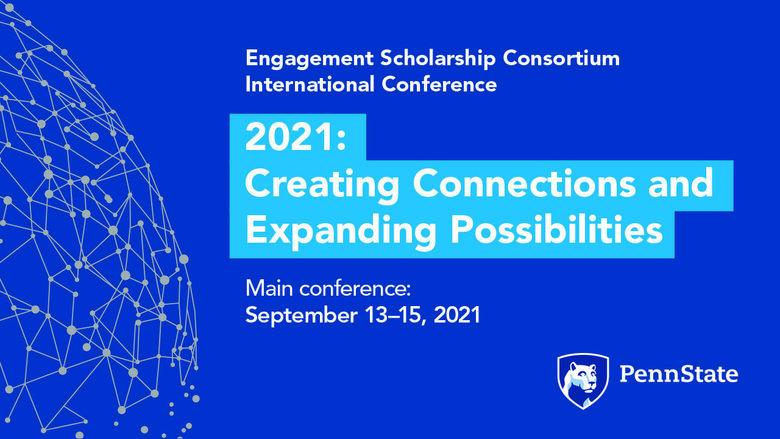 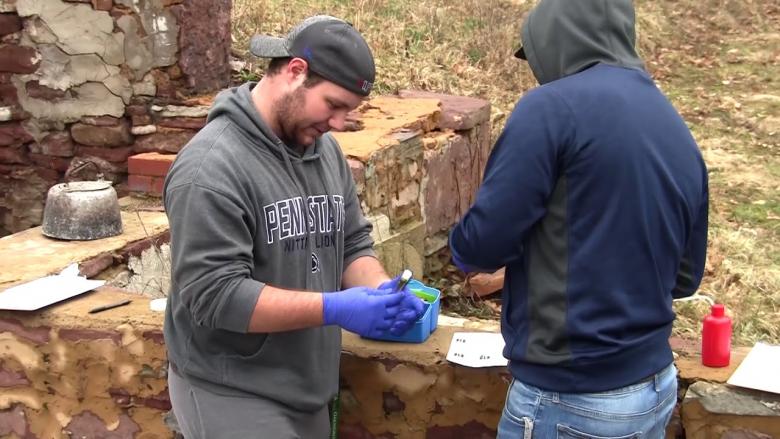 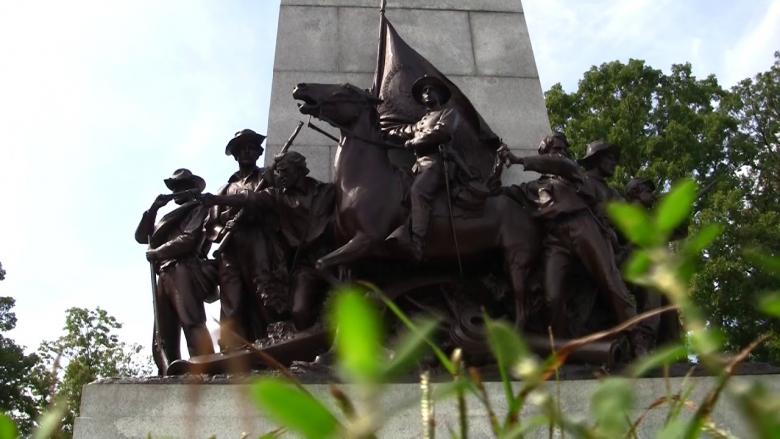 History 160 students take on the battlefields of Gettysburg 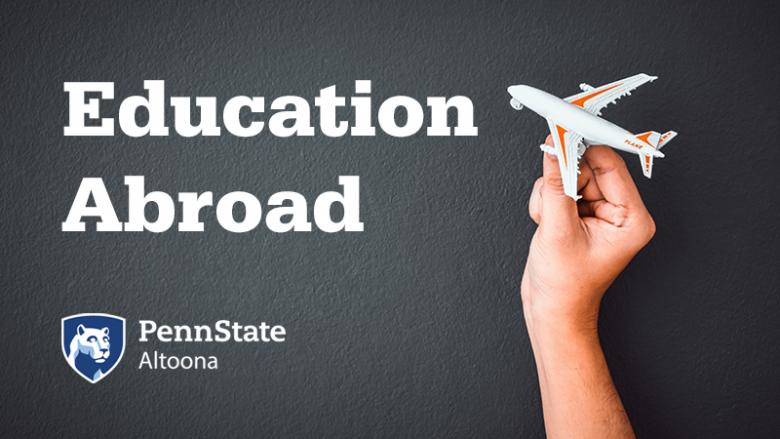