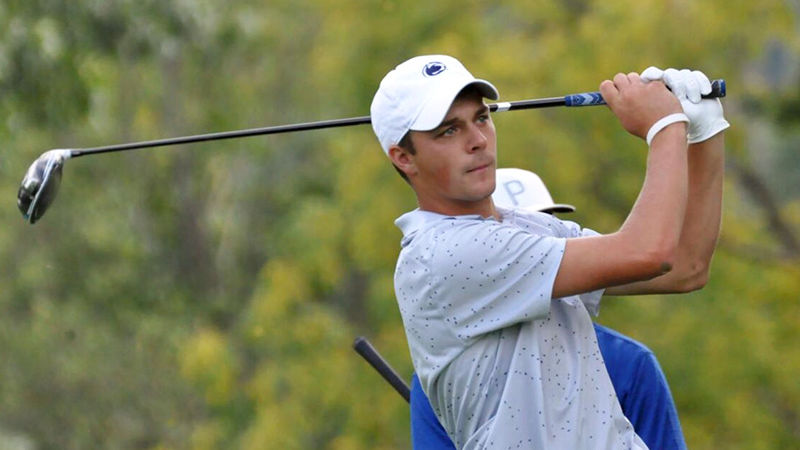 Penn State Altoona golf’s youth paves the way for a bright future after a successful 2021-22 season.

This article by Timothy Lonas originally appeared in the The Daily Collegian. It is reprinted here with the author's permission.

On October 19, 2021, Penn State did something a team at Altoona hasn’t done since 2017: win an Allegheny Mountain Collegiate Conference (AMCC) title.

After shooting a 324 the previous afternoon, the Lions followed it up with shooting a 321 to run away with a 645 score. The runner-up, Penn State Behrend, lost by 22 strokes with a total of 667.

It was the program’s sixth AMCC championship, fifth under current coach Tom Koehle, and its first victory since the 2010-11 season.

For the 16-year head coach and two-time AMCC Coach of the Year Koehle, the Lions met expectations.

“Well, we were really optimistic and felt good about our chances,” Koehle told the Collegian. “We felt like we were the team to beat, but we still had to go out and play well. We were able to back it up.”

The blue and white found redemption after falling short during the spring 2021 AMCC Tournament. 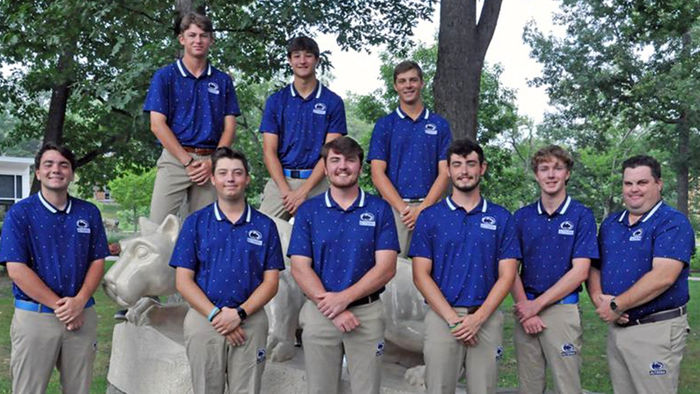 In April 2021, Penn State Altoona finished second with a score of 652. The Lions struggled with a 334 score the first day and couldn’t make up ground with Penn State Behrend, who finished with a 632.

While many of the current players didn’t experience this loss, with five of the seven golfers being freshmen, Koehle challenged his new group.

“The younger guys got the message of the history of the program and reestablishing where we want to be,” Koehle said. “The message was ‘Hey, we were close last year. Let’s get over the finish line.’”

In the 2021 spring season, Penn State Altoona was limited to playing in-conference opponents for the six matches that Koehle’s team had.

With the circumstances that surrounded the shortened season, Koehle said the season didn’t feel the same.

“We had to follow all the health and safety protocols that we had to do with testing and vaccinations,” Koehle said, “[and] masking while traveling and all the other stuff the athletes had to follow, but it was definitely outside what you would normally do.”

The 2021-22 season held Penn State Altoona’s first full slate since the 2018-19 season, as it was only able to have a spring season last year due to the coronavirus pandemic.

After winning their conference tournament, the Lions got to play in four official meets in preparation for the NCAA Tournament.

In the squad’s April 13 match against Juniata College and Mount Aloysius, Penn State Altoona shot a score of 310 to finish in second place.

Another advantage the blue and white took to get ready for the NCAA Tournament was, according to sophomore Trey Heffelfinger, the Lions’ trip to Hilton Head Island, South Carolina, from March 5-12.

The trip proved to be a “simulator” for the type of weather the Lions would see when traveling down to Florida, Heffelfinger told the Collegian.

Penn State Altoona traveled to Mission Inn Resort and Club to compete against 43 teams in the NCAA Tournament from May 10-11.

The blue and white’s inexperience showed, as it placed 37th out of 43 teams to finish with a score of 664. Despite the early exit, Penn State Altoona’s future is bright.

Heffelfinger is one of the two non-freshmen on the young squad. The All-AMCC first-team selection capped off a great regular season by shooting a 160 at the AMCC Tournament, the third-highest in the event. 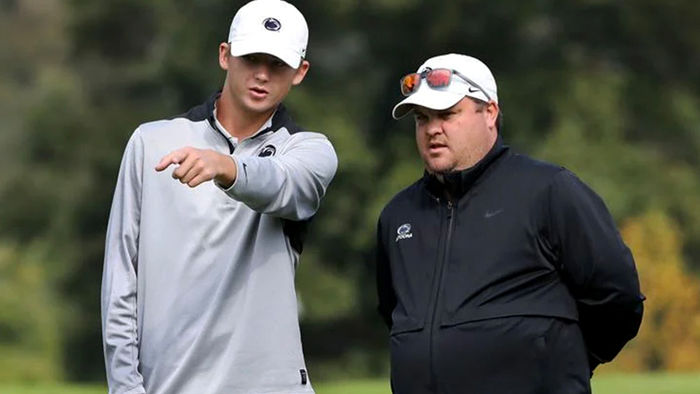 For his efforts, the sophomore was selected to the AMCC All-Tournament team.

Heffelfinger led the Lions and AMCC in scoring average at 75. His score of 67 during a dual meet against Juniata College on Sept. 24, 2021, set a program record for the lowest score in a round.

In a conference filled with great golfers, Heffelfinger said he felt immense gratitude in being selected.

“Everyone in our conference is pretty good,” Heffelfinger said. “So, to get placed on the first team was an honor. And hopefully, I can stay on it for the next two years.”

The record for lowest score was previously held by junior Andrew Ferguson, who shot a 68 on Day 2 at Wooster College’s Gatorade Collegiate on Sept. 5, 2021. 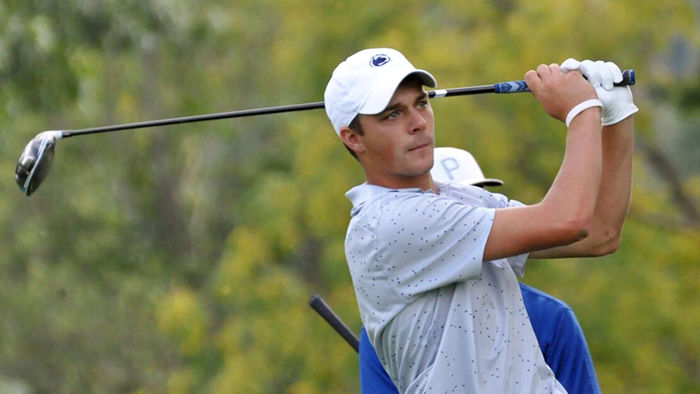 Andrew Ferguson hits a shot with his driver.

As the oldest player for the Lions, Ferguson continued his great play in his third year.

Coming off a season in which he was named AMCC Co-Player of the Year and received first-team All-AMCC honors, the junior finished the 2021-22 campaign second in the conference in scoring average.

Ferguson proved to be the engine behind his team’s title win, scoring a tournament-best 154 to receive first-team all-tournament honors. For his efforts during the regular season, he once again received AMCC Player of the Year and All-AMCC first-team honors.

According to coach Koehle, Ferguson “leads by example.”

To Ferguson, motivation for the season came with the amount of talent the freshman class brought in.

“The guys that came in gave us the confidence that we knew we would have to royally screw up to not win,” Ferguson said. “We had that mentality that we were gonna go out there and take care of business, and we did.”

The group of freshmen consisted of two all-conference selections: Iain Murphy-Herndon, a first selection, and Logan Divald, a second-team pick.

After Murphy-Herndon, the AMCC Newcomer of the Year, withdrew following the fall semester, that left Divald as the lone standout freshman.

Divald originally wanted to play college baseball, but he changed his mind to golf after his baseball ambitions fell through.

Sticking with golf paid off for the North Huntingdon, Pennsylvania, native as he finished with the fourth-highest scoring average in the conference at 79.08. His combined score of 168 at the AMCC Tournament tied him for fifth place and earned him a spot on the AMCC All-Tournament Team.

Without a golf coach growing up and not having played the sport until eighth grade, Divald said Koehle has played a major role in his development.

“He’s made a real impact on my swing, teaching more about the game and everything like that,” Divald told the Collegian. “I would say that’s a big impact but also making me more mature for the game and life.”

At the Division III level, where Penn State Altoona can’t give out athletic scholarships, Koehle said his job is to develop the athletes by helping them make broader Penn State connections.

The relationships Koehle builds with his players tend to result in them coming back and helping the team.

With a lot of support coming in from former players, Koehle said the Lions’ golf team has a “family-type” atmosphere.

“You see that athletes buy into the program because they see a player I coached 15 years ago is still… practicing or spending time with the team,” Koehle said. “So there’s a lot of just building that.”

Timothy Lonas is a sports reporter for The Daily Collegian. He is a senior studying digital and print journalism with a minor in psychology.