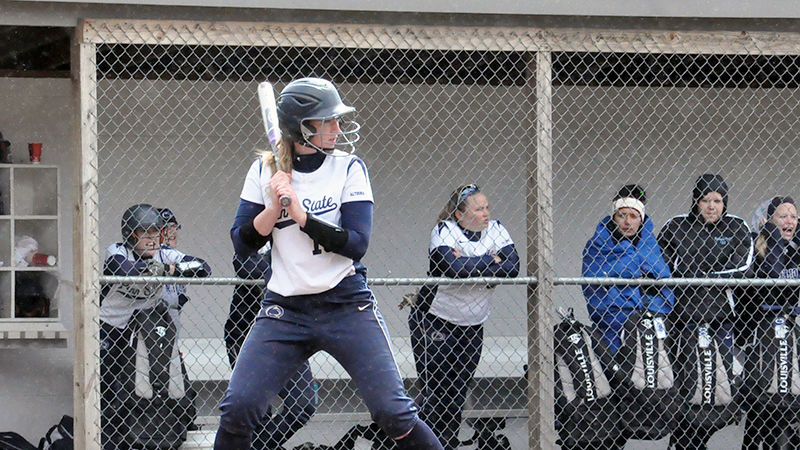 Following a stellar career on the softball field, Chambers continued her success at the PA State Police Academy, as a patrol officer, and now as a recruitment coordinator.
By: Conner Gilbert

By the conclusion of her collegiate career, former Penn State Altoona first baseman Kelly Chambers had cemented her legacy as one of the top softball players in Allegheny Mountain Collegiate Conference history. Chambers had a decorated four-year career with the Lions that saw her garner multiple individual honors while helping her team accomplish some impressive feats.

Chambers was voted to the All-AMCC team in each of her four seasons, including taking first-team honors three times. She was selected as the 2012 conference Newcomer of the Year, then capped her career by being voted the AMCC’s 2015 Player of the Year. At Penn State Altoona, Chambers continues to hold numerous team records, including being the softball program’s all-time leader in hits, home runs, and runs batted in. 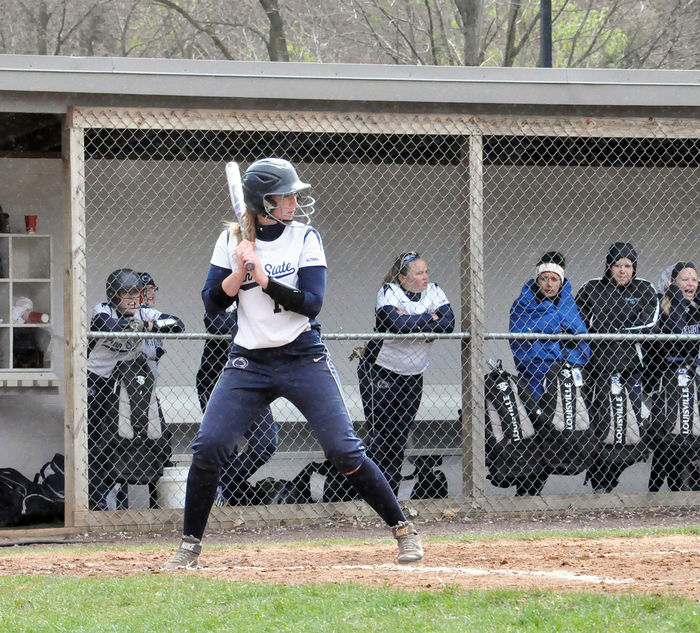 During her four years with the Lions, Chambers and her teammates won two AMCC championships, going back-to-back by claiming the program’s first-ever conference titles in the 2013 and 2014 seasons. In 2015, the team produced an Eastern College Athletic Conference Division III South Region championship.

While her college softball days are now behind her, Chambers continues to stand out while picking up awards along the way. Following graduation from Penn State Altoona, Chambers entered the Pennsylvania State Police Academy. She ultimately graduated from the Academy and received the American Legion Award, which is presented to the most outstanding cadet in recognition of all-around academic, physical, ethical, and moral qualifications.

“I knew in high school that I wanted to become a Pennsylvania State Trooper,” Chambers explained. “Once accepted to Penn State Altoona, I immediately elected Criminal Justice as my major, and in 2016, I began at the Pennsylvania State Police Academy.”

Earning the American Legion Award upon graduation is something that Chambers attributes to her time as a student-athlete.

“With Penn State Altoona being a Division III school, it is very evident that being a student comes first,” she said. “As an athlete, we were required to attend a study hall for a few hours every week. It just shows how serious the Athletics department is about student-athlete academics.”

After graduating from the Pennsylvania State Police Academy, Chambers operated as a patrol officer for several years before taking on a different role. 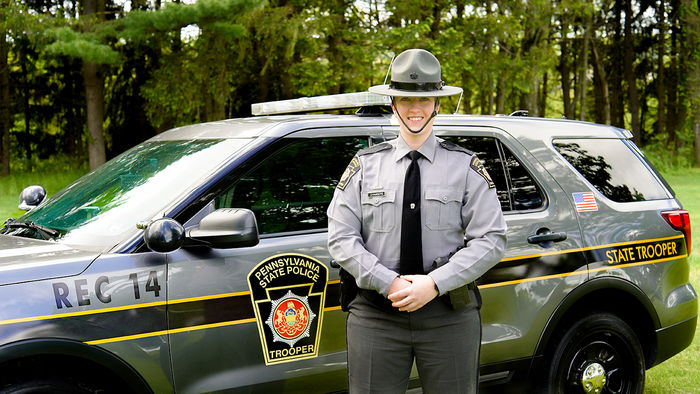 “I spent four years in patrol before transitioning to a recruitment coordinator,” she said. “My responsibility is to proactively seek the most qualified applicants that represent our core values of honor, service, integrity, respect, trust, courage, and duty.”

Now six years removed from her college softball career, Chambers looks back fondly on her days as an AMCC student-athlete and is proud of everything that her team achieved.

Chambers recognizes that all of her experiences as a student-athlete within the AMCC helped to shape her into the successful professional within the Pennsylvania State Police that she is today.

“At Penn State Altoona, the ‘student’ part of student-athlete was highly emphasized,” she said. “Academics came first, meaning time management was a huge component. If you missed a class for a game, you were required to make up the lecture and do any hometown accompanying it. Being a student-athlete enabled me to gain time management skills that have not only benefitted me in my career, but also in my life.”