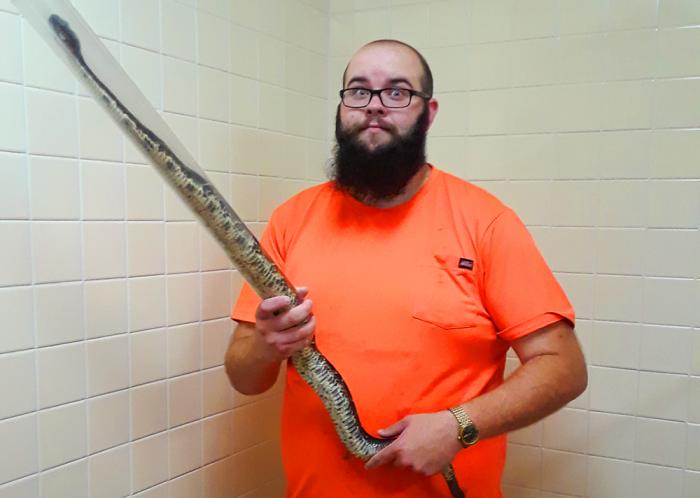 Alumnus Jake Vaughn lands opportunities on his current career path by stepping out of his comfort zone—and encourages others to do the same.

On Friday, November 30, 2018, Jake Vaughn (2017 B.S. in Environmental Studies) visited INSTP 370 to talk about his internship at Shaver’s Creek and his current research with timber rattlesnakes. We asked Vaughn to elaborate on his path from his time spent at Penn State Altoona through post graduation.

When Vaughn first arrived at Penn State Altoona, he wasn’t entirely sure what he wanted his major to be. However. after signing up for ENVST 100 with Ian Marshall and meeting students and faculty at the welcome campfire, he found he had similar interests as those who were in the program. He decided it was something he too wanted to be a part of.

Fast forward: when it came time to do his internship, Vaughn landed a position with the local Juniata Valley Audubon Society from August 2016–May 2017. During his time, there he focused on the conservation of central Pennsylvania’s native species and their habitats. The internship had two research components: digitizing the history of the organization and care and study of snakes at the Shaver’s Creek center. During this time, Vaughn also got a chance to visit several local schools in the area with the snakes and taught students the benefits of venomous snakes in our ecosystems. 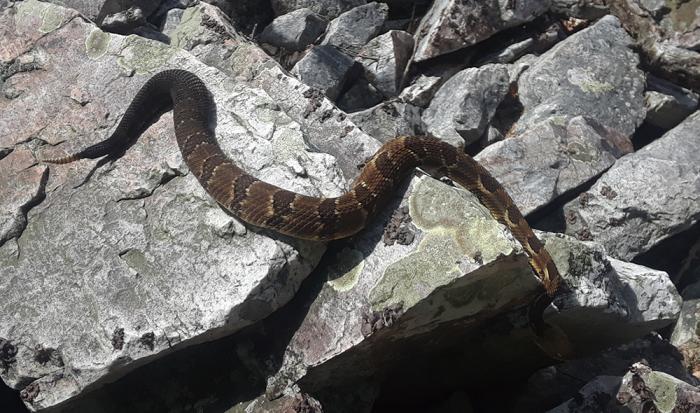 Additionally as part of his internship, Vaughn had to develop his own conservation outreach project. Because he has always been interested in snakes, he chose to study venomous snakes native to PA. With the help of biology professor Jim Julian, Vaughn quickly made connections with the animal care program director at Shaver’s Creek, Jason Beale. Under Beale’s guidance and expertise, Vaughn assisted in the creation of a venomous snake safety protocol for Shaver’s Creek animal care staff. Vaughn’s current project on the timber rattlesnake came about through the same channels made during his internship as well as his experience educating others about rattlesnake care.

Currently, Vaughn is maintaining a steady flow of seasonally directed positions since graduation. Seasonal work is expected due to the nature of the herpetological field. Although it’s not permanent employment, the connections and ongoing projects have kept him busy and provide great experiences. His field-related positions on the timber rattlesnake had him stationed at University Park this past summer, under the direction of Chris Howey. In order to do this job, he was trained in safe handling methods. The goal then was to work in teams to track seven snakes at different study sites using radio telemetry. A significant amount of time was spent taking mark-recapture samples of other rattlesnakes in the study site. 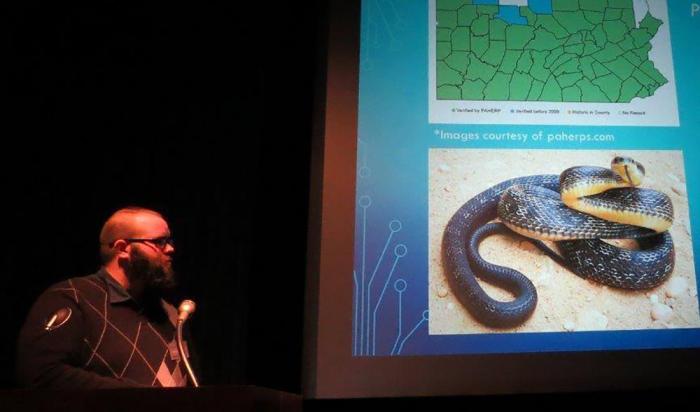 When asked about his favorite course or memory from his studies at Penn State Altoona, Vaughn reflects fondly on a trip of a lifetime to Vienna, Austria he took in January 2017 to present his research from his snake education project at the ÖGH (Austrian Herpetological Society) annual meeting. It was a collaborative effort among faculty members Jutta Gsoels-Lorensen, Jim Julian, and Mark Bonta. With their guidance, Vaughn was able to create a suitable presentation, and, most importantly, get funded for the trip. During his time in Austria, Vaughn spent several days exploring the city and culture, meeting herpetologists and reptile/amphibian enthusiasts from all over Europe—and he even got to practice his German.

When asked what his one piece of advice to current students would be, Vaughn shared this, “Be willing to go outside of your comfort zone. I never would have thought that I would travel outside of the country. When I was first offered the opportunity to travel to Austria, I nearly said no. If I had decided not to go, I would have missed the chance of a lifetime. [One] that ultimately, has helped me get positions in the conservation field.” 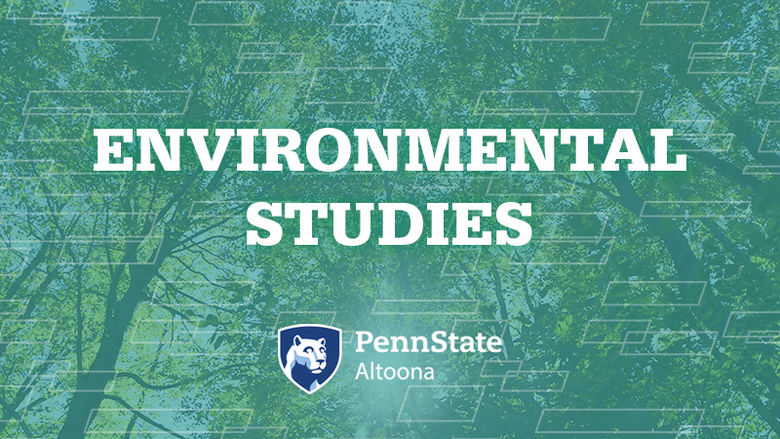