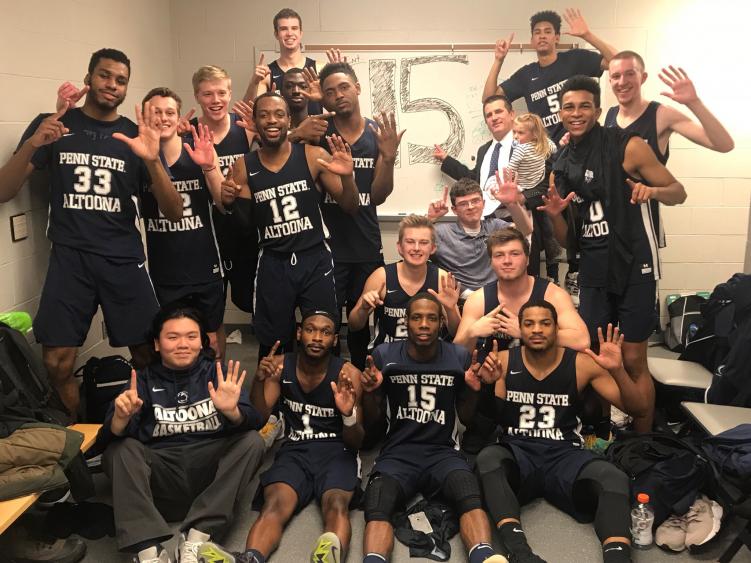 Penn State Altoona men's basketball won its 15th game of the season on Thursday, Feb. 8 over Mount Aloysius, setting a new program record for the most wins in a season.

With their win on Thursday, Feb. 8, over Allegheny Mountain Collegiate Conference opponent Mount Aloysius, the Lions earned their 15th victory of the season. That sets a new team record for the most wins in a single season, surpassing the previous mark of 14 wins that was achieved by the 2016-17 squad.

For the second week in a row, Penn State Altoona sophomore opposite hitter Brandon Arentz (Mount Wolf, PA/Northeastern) was chosen as the North Eastern Athletic Conference’s Defensive Player of the Week on Tuesday, Feb. 6 for his performance the previous week. In five matches last week, Arentz had 52 digs (2.74 digs per set) while adding seven total blocks (0.37 blocks per set). He also contributed 32 kills (1.68 kills per set).

In her last two games, freshman Alexis Cannistraci (Tyrone, PA/Tyrone) is averaging 11.5 points per game, 11.0 rebounds per game, 3.5 blocks per game, and 2.0 assists per game.