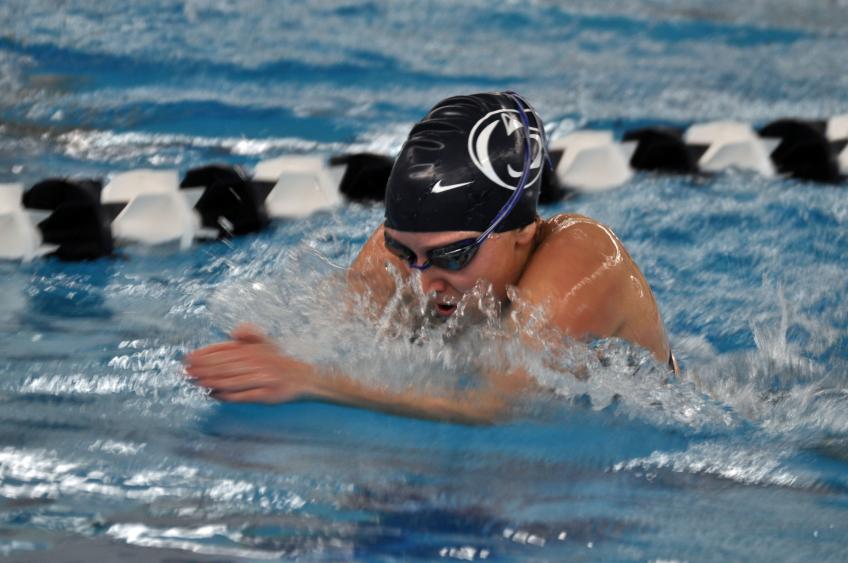 Women's swimming freshman Elizabeth Anderson had two individual first place finishes and was also part of a first place in a relay event during the Saturday, January 27 meet against Penn State Behrend.

Sophomore guard Finnley Christine (Tyrone, PA/Tyrone) has been on a hot streak of scoring for the Lady Lions. She has scored 15 or more points in 12 consecutive games, dating back to the team’s Dec. 9 contest against Medaille.

Freshman Elizabeth Anderson (Lewisberry, PA/Red Land) had two individual first place finishes while taking part in a relay team that won first in its event during the Saturday, Jan. 27 meet against Penn State Behrend. Anderson won the 100 Yard Breaststroke in 1:21.21, and she also took first in the 200 Yard Breaststroke with a time of 3:02.54. In the 200 Yard Medley Relay, the freshman combined with her teammates for a total time of 2:10.01 to come in first in the event.