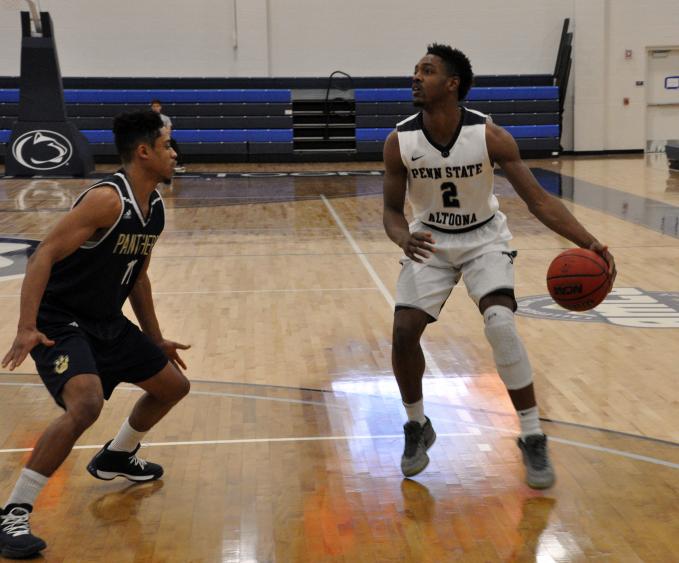 In the Lions’ last four games, senior guard/forward Ishimeal Nance (Muscle Shoals, AL/Muscle Shoals) is averaging 22.0 points per game, 8.8 rebounds per game, 3.3 assists per game, and 2.3 steals per game while shooting 55.2 percent from the field. He is currently the Allegheny Mountain Collegiate Conference’s leading scorer, putting up 19.3 points per game this season.

Sophomore Tanner Yaw (Palmyra, PA/Palmyra) posted one individual first place and was part of one relay event first place in his team’s loss at Wilkes on Dec. 8. Yaw won the 200 Yard IM with a time of 2:15.43, and he was part of the 400 Yard Medley Relay squad that placed first with a combined time of 4:01.57.

Sophomore guard Finnley Christine (Tyrone, PA/Tyrone) is averaging a team-best 21.0 points per game over the Lady Lions’ past three contests. During that span, Christine has also posted 6.0 rebounds per game, 2.7 assists per game, and 1.7 steals per game.

Sophomore Emily Booz (Berwyn, PA/Conestoga) had two individual first place finishes and one relay first place in the Lady Lions’ win at Wilkes on Dec. 8. In the 200 Yard Freestyle, Booz came in first place with a time of 2:11.10. Later, she prevailed in the 100 Yard Backstroke, clocking in at 1:08.21 to finish atop the standings. In the 400 Yard Medley Relay, Booz combined with her teammates to post a time of 4:41.34 to come in first place.