The Penn State Alumni Association, in conjunction with undergraduate and graduate governing bodies, established the award in 1985. It honors distinguished teaching and provides encouragement and incentive for excellence in teaching. Recipients are expected to share their talents and expertise with others throughout the University system during the year following the award presentation.

Kvasny has designed and implemented new undergraduate courses on communities and service learning, emerging technologies and popular culture, digital cultures. She integrates a variety of digital media as she focuses on applying socio-technical frameworks in the analysis of information and communication technologies in non-corporate settings. “I want to raise students’ consciousness of the opportunities and problems that arise from our society’s growing reliance on technology,” she said.

One nominator noted, “She brings real-world examples of how technology may be used to empower certain groups of people and activities while at the same time inhibiting or suppressing other people and their activities. Dr. Kvasny’s determination to contribute not only in understanding but also in righting such inequities and imbalances shines through in all of her teaching.”

Rotunno said she strives to stimulate engaging conversations in her classes, “leading students and myself outside our ‘comfort zones’ to test ideas.” One student nominator wrote that classmates continued their classroom debate in the hallway after class, noting that Rotunno “had managed to get a group of about 15 20-year-olds so excited about a few fictional characters from a 500-page novel written in 1891 that our class discussion could not be contained in a 50-minute block.”

As honors coordinator for Penn State Altoona, Rotunno helped launch the Spotlight on Teaching and Research (STAR) series, in which faculty describe how they integrate research into their classrooms. She has led trips to London to tour archives and show students “that archival work was neither tedium nor the stuff of Dan Brown novels.” She is working with other professors to lead students in composing abstracts of oral histories at the Flight 93 Memorial.

Regardless of the specific learning objectives for a particular course, Wood said she strives “to develop a classroom environment where students are able to find their voices, speak their minds and learn to listen closely and openly to each other…where students take ownership of their education and hold each other accountable for what happens in the classroom.”

For example, on the first day of her Effective Speech courses, she assigns students to work in groups to share their thoughts and concerns about the syllabus and then share the same with her. “They learn that they are not the only ones who have some anxiety about a speech course.” In her upper-level classes, she expects students to use their experiences as college students to work together developing policies they will abide by throughout the term.

“The investment that Dr. Wood shows in her students is second to none that I have seen,” one nominator said. Another wrote, “She wants every single student in her class to grasp the concepts she teaches, and she won’t move on until she’s sure that everyone understands what is being taught.” 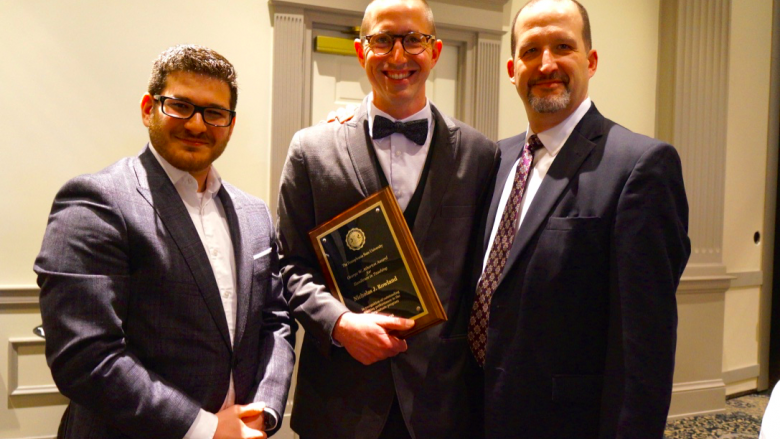