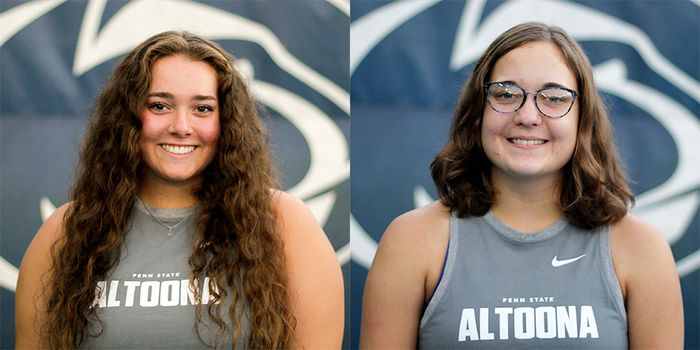 Rhoades and Swain were selected as a duo for their performance together this season in No. 3 doubles matches. The pair combined for a team-high eight overall doubles wins and four AMCC doubles wins, going 8-2 overall with a 4-0 mark in the conference.

This marks Swain’s second appearance on an All-AMCC team after she took first-team honors at No. 3 doubles last season.

Penn State Altoona women’s tennis went 4-8 overall this season, including a 3-2 record in the AMCC. The Lions earned a berth into the AMCC Tournament last weekend as the third seed, suffering a semifinal round loss to second seed Penn State Behrend last Saturday evening.