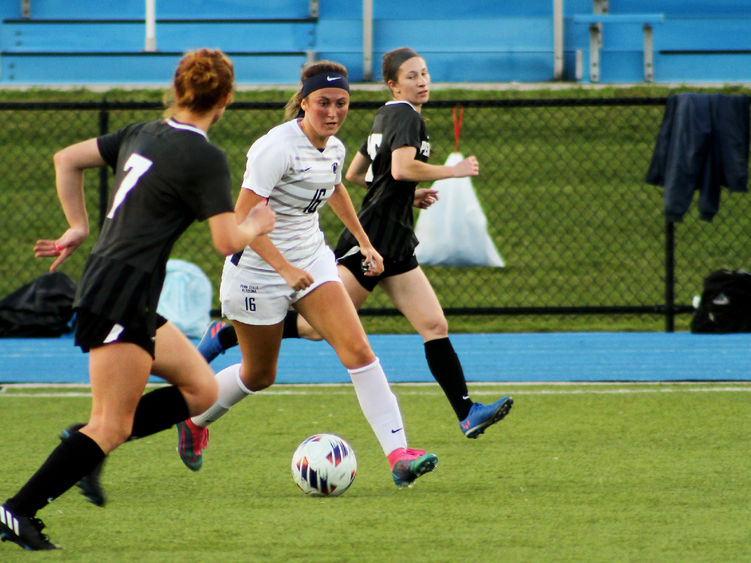 In Wednesday night’s 3-1 home loss to non-conference opponent Alfred University, Smith scored Penn State Altoona’s lone goal on a penalty kick, finishing the game with two shots on goal. During Saturday’s 3-0 victory at AMCC opponent Alfred State College, Smith accounted for all three of her team’s scores, putting a trio of goals on the board during the first half with three shots on goal.

On the week, Smith totaled four goals for a total of eight points while recording five shots on goal. She currently ranks fourth in the AMCC this season in goals scored (6) and points (13), while also being third in shots on goal (20) and sixth in shot attempts (25).

This is Smith’s first AMCC Player of the Week award this season.

Penn State Altoona women’s soccer is 2-4-3 overall this season, including 1-0 in the AMCC. The Lions return to action on Saturday, Oct. 8, traveling to face conference opponent Hilbert College at 3:15 p.m.