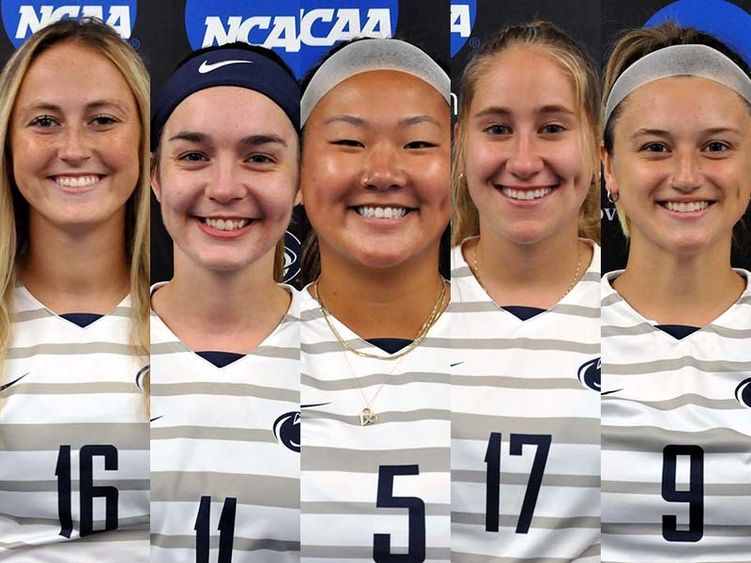 Smith started all 18 games for Penn State Altoona in her first regular-season of collegiate soccer. Among all AMCC players, the skilled forward ranked second in game-winning goals (4), fourth in shots (70), fifth in assists (7), sixth in goals scored (11), and seventh in points (29). During the season, Smith received one AMCC Offensive Player of the Week award and was also recognized as the Eastern College Athletic Conference’s Division III South Region Rookie of the Month for October.

McConnell earns second-team All-AMCC honors for the third time in her collegiate career. In her senior season, she ranked ninth in the AMCC in assists (6), points (20), and game-winning goals (2), and she was 12th in goals scored (7) and shots (39). McConnell also took one AMCC Offensive Player of the Week award this season. The senior finishes her career ranked among the top 10 offensive players in several different all-time statistical categories in Penn State Altoona women’s soccer history, including being second in program history in points per game (1.38) and goals per game (0.56), third in game-winning goals (9), and fourth in points (72) and goals scored (29).

Huston makes her first appearance on an AMCC All-Conference team, after her junior campaign that saw her start all 18 games for the Lions. The versatile player spent time at several different positions but spent most of her time in the midfield. This season, Huston ranked 12th in the AMCC in assists (4) while also being 30th in points (8), 36th in goals scored (2), and 39th in shots (17).

Chambers played in 17 games this year, her first full regular season of college soccer, including making 16 starts. The sophomore took on the role of center back for the Lions this fall and helped anchor the team’s defense through her communication and her play, including excelling in one-on-one situations. Chambers also contributed one assist for her team this season.

Wolfe started 17 games this past season for Penn State Altoona. The hardworking junior helped lead the Lions’ defense while also seeing some time at the midfield position. In the AMCC, Wolfe ranked 18th in assists (3), 19th in shots (27), and 44th in points (5) while scoring one goal. This is her first career appearance on an AMCC All-Conference team.

Penn State Altoona women’s soccer went 8-10 overall this season, including a 5-3 record in the AMCC that helped the Lions to a fourth-place finish in the conference’s regular-season standings. Penn State Altoona won its first-round AMCC Tournament game over La Roche before falling to eventual conference champion Penn State Behrend in the semifinal round.