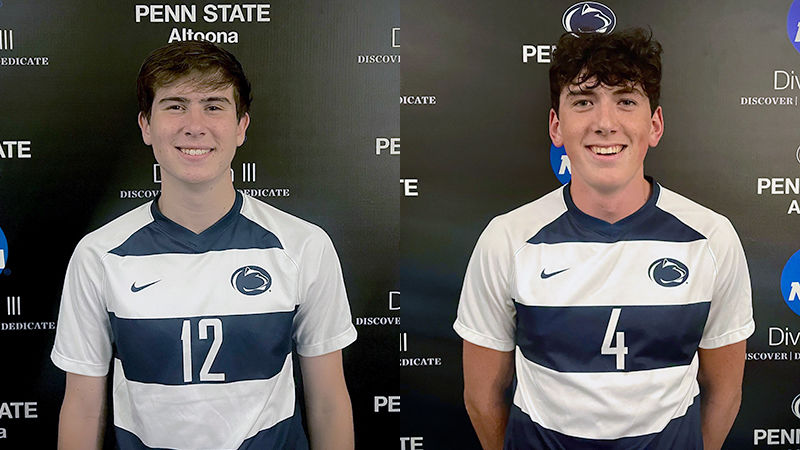 Dangler scored a hat trick for Penn State Altoona in the Lions’ 5-0 victory at home over non-conference opponent Wilson College last Wednesday, Sept. 8. The freshman midfielder finished the evening with three goals for a total of six points, and he recorded four shot attempts that included three shots on goal. Dangler’s goals were the first of his collegiate career.

Myers also stood out for the Lions during his team’s win over Wilson. The freshman defender anchored a back line that held the Phoenix scoreless throughout the game, limiting them to just six shot attempts and only two shots on goal.

This marks the first career AMCC Player of the Week awards earned by Dangler and Myers.

Penn State Altoona men’s soccer is 2-1 overall this season. The Lions’ next game is at home on Tuesday, Sept. 14, when they host non-conference foe Saint Vincent College at 8 p.m.