Sadie McConnell and KK Wolfe were selected as "players to watch" 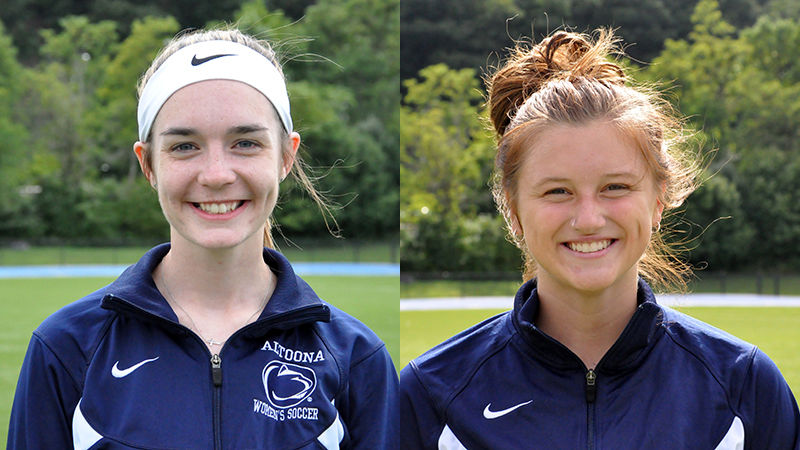 Women's soccer players Sadie McConnell and and KK Wolfe were selected as "players to watch" as part of the 2021 AMCC preseason poll.

Prior to the cancellation of the fall 2020 regular season due to COVID-19, Penn State Altoona compiled a 7-9-2 overall record in 2019, including going 5-4-1 in the AMCC to finish with the program’s first winning conference record since 2011. Head coach Pam Snyder Etters, in her 11th season leading the program, will look to take the next step with a 23-player roster that features a balance of returning players and new talent.