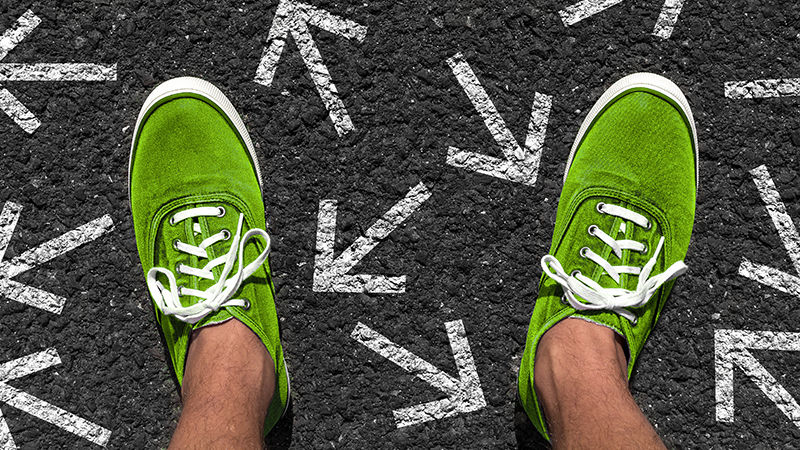 Have you ever wondered about what work will look like in 10, 20 or 30 years? Have you watched other people embark on professional lives that look less like career paths and more like career mosaics? Have you found yourself in the position of weighing talents and interests against employability and a sensible major? Have you pondered what your college education means in the long run?

A panel of speakers will reflect on these and similar questions as they relate to their own professional lives — twists, turns, recalibrations and all. For more information about the event, contact Jutta Gsoels-Lorensen at [email protected].

The panel will include the following speakers:

Chelsea Burket is an Altoona native and alumna of Penn State Altoona, earning a bachelor of arts in environmental studies and a minor in German, and spending a year abroad in Berlin. She also holds a master's degree in urban planning from the University of Michigan. For most of her professional career, Burket has worked for a national consulting firm, helping to strengthen local economies and the organizations that support them in Pittsburgh. This year, she decided to embark on something new: She is taking over an ice cream shop.

Jessica Molina came to Penn State Altoona determined to study engineering. Halfway through her third year, life happened, and her plans changed. Her love for engineering and technology is rivaled only by her passion for the arts. Combining her dual outlook seemed impossible at first, but she found her calling as a theater tech, leading to a training program in the automation division of Cirque du Soleil.

Solomon Yaw Darko is a licensed professional counselor and a business owner. In an earlier life, he was an entomologist with advanced degrees in biology and chemistry. He served as an instructor for freshman biology and ran an entomology lab at the University of Ghana, Legon. Several years later, he decided to move to the U.S. and changed his entire professional outlook in the process.

Jennie Rothenberg Gritz completed a bachelor of arts in English, then explored various career possibilities, including freelance writing and teaching at a private school. A few years later, she decided it was time for a master’s degree in journalism from UC Berkeley. After serving as a senior editor for The Atlantic magazine, she joined the Smithsonian, where she currently holds the same position.