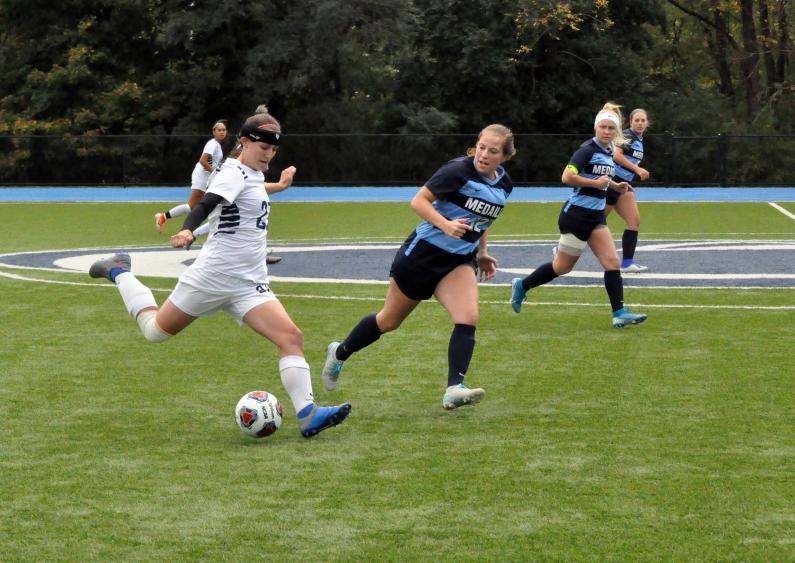 Women's soccer junior midfielder Kierra Irwin was recently named the AMCC Offensive Player of the Week, and she has scored five goals and recorded five assists in her last five games.

Coming off of a week during which she was selected the AMCC Offensive Player of the Week, midfielder Kierra Irwin (Altoona, Pennsylvania/Altoona) continued her strong play with two goals and two assists in two games for the Lady Lions last week against AMCC opponents Franciscan and Medaille.