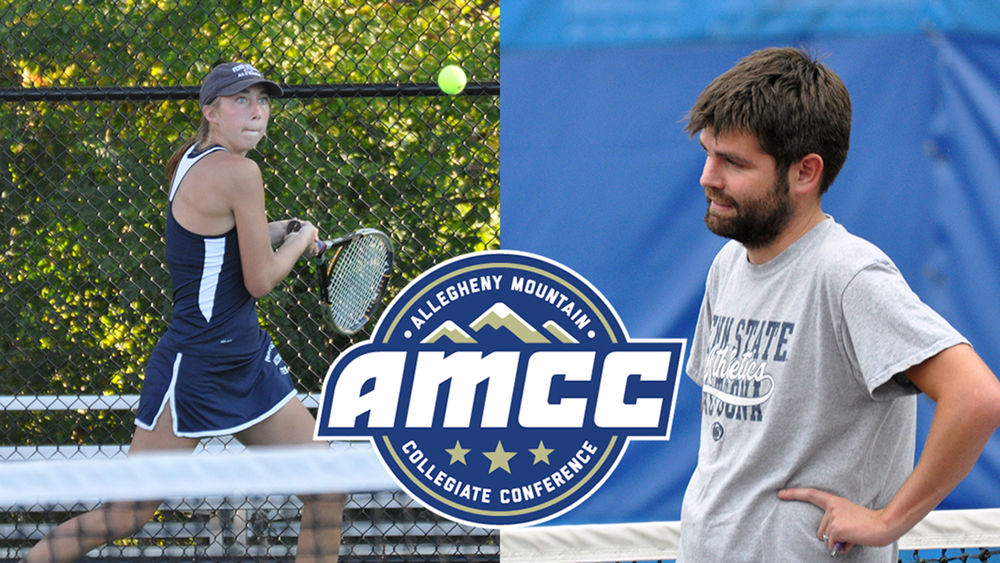 Stevens’ awards for Player of the Year and Newcomer of the Year mark the first time in Penn State Altoona women’s tennis history that the same player was voted as both the top athlete in the conference and the best rookie in the league. In addition to those two high profile awards, Stevens was voted first team All-Conference for No. 1 singles.

Meanwhile, Simmons’ Coach of the Year award – which he shares with Franciscan University head coach Scott Greve – is the first of his career.

Stevens had an historic freshman season for Penn State Altoona women’s tennis. Playing all of her singles matches in the No. 1 spot, she compiled a perfect 13-0 overall record, including going 8-0 against AMCC opponents. Her 13 singles wins set a new Lady Lions single season record, and her 13-0 mark is the best record in a season in team history. Additionally, Stevens led the AMCC in singles victories.

In No. 1 doubles, Stevens went 9-4 overall, including 6-2 against AMCC opposition. Her total of nine doubles wins is tied for the second-most in a single season in Penn State Altoona women’s tennis history.

During the season, Stevens took one AMCC Player of the Week award. She was also named to the conference’s All-Tournament Team after posting wins in No. 1 singles and No. 1 doubles during the semifinal round of the AMCC playoffs.

Simmons, in his sixth year as the head coach of the Penn State Altoona women’s tennis program, guided the Lady Lions to one of their strongest seasons in team history. The team went 8-5 overall, including 7-1 in the AMCC. Penn State Altoona’s seven AMCC wins were the most since the 2001 season, and the Lady Lions finished in second place in the league’s regular season standings for the second consecutive year.

Penn State Altoona women’s tennis’ season came to an end this past Saturday, October 27, when it suffered a 5-3 loss to Mount Aloysius College in the semifinal round of the AMCC Tournament.