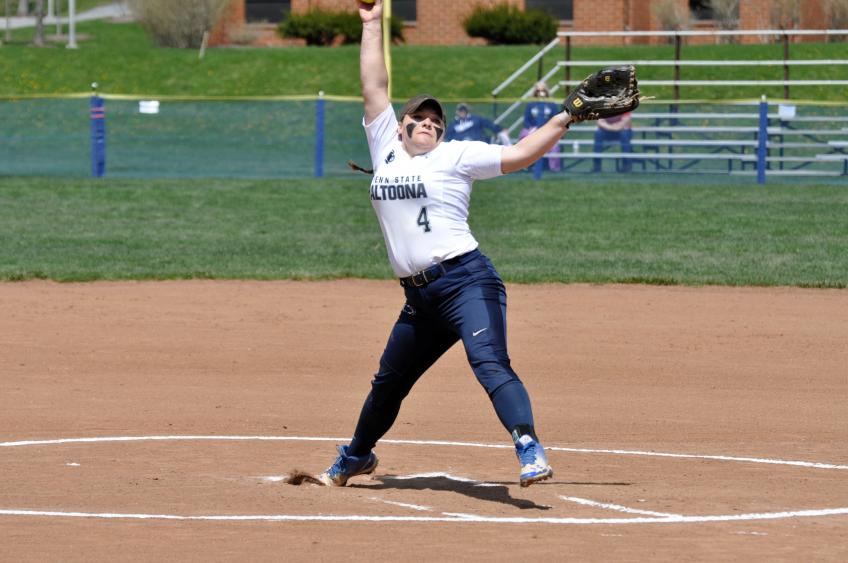 Freshman softball pitcher Emily Strouse went 4-0 with two complete games, including one shutout, for the Lady Lions last week. The right-hander posted an ERA of 0.97 in five appearances in the circle during the week.

Freshman Luke Hoffnagle (Spring Grove, PA/Spring Grove) led the Lions in their first event of the spring, the Gettysburg Spring Invitational on Tuesday, April 17, by shooting an 81 to tie for 20th place out of 79 golfers.

The Lions were eliminated from postseason contention, as the team suffered a 5-0 loss to Penn State Behrend in the semifinal round of the Allegheny Mountain Collegiate Conference Tournament on Saturday, April 21.

*Please note: the start times, dates, and location of outdoor sporting events are subject to change based on weather and field conditions. Please check www.psaltoonalions.com for any updates.