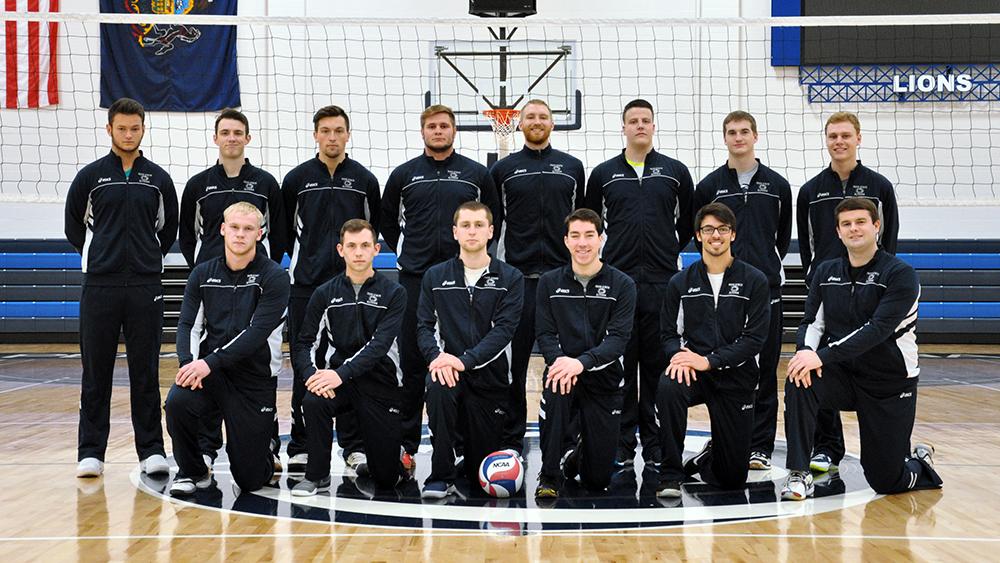 GANSEVOORT, N.Y. – Penn State Altoona men’s volleyball was predicted win the North Eastern Athletic Conference for the second year in a row, as the league’s coaches voted the Lions into first place in the 2018 edition of the conference’s preseason poll.

This marks the first time in the history of the Penn State Altoona men’s volleyball program that the team has been voted into first place in the NEAC preseason poll. The Lions led all teams in the 2018 poll with six first place votes, while Lancaster Bible College finished in second place with three first place votes.

Penn State Altoona men’s volleyball posted one of the most successful seasons of any varsity sport in school history last year. The Lions compiled a 26-7 overall record, including a 15-1 mark in the NEAC (the team’s primary conference) and a perfect 8-0 record in the Allegheny Mountain Collegiate Conference (the team’s secondary conference). Penn State Altoona capped its 2017 season by winning its first-ever NEAC and AMCC championships, and the Lions went on to advance to the NCAA Division III Tournament for the first time.

“We are looking forward to another exciting season. We have a lot of talent in the gym, and we have high goals for this season,” said Penn State Altoona head coach Phil Peterman. “We also look forward to playing a very competitive schedule with lots of challenges along the way.”

The team also garnered recognition for many outstanding individual accomplishments during 2017. Former outside hitter Bradley Colditz was voted the NEAC Player of the Year, while former libero Waldemar Rivera-Berrios was selected the NEAC Defensive Player of the Year. The Lions had a total of four players voted to the NEAC’s 2017 All-Conference team. In the AMCC, Peterman was named the league’s Coach of the Year and outside hitter Brandon Arentz (Mount Wolf, PA/Northeastern) was picked the AMCC Newcomer of the Year. Penn State Altoona had five players voted to the All-AMCC squad.

Penn State Altoona men’s volleyball starts its 2018 season with four matches hosted by Misericordia University. On Friday, January 19, the Lions face the College of Saint Elizabeth at 6:00 p.m. and Misericordia at 8:00 p.m. The next day, Saturday, January 20, they take on Neumann University at 11:00 a.m. before wrapping up the weekend against Hiram College at 1:00 p.m.