Headlining the awards were Lions Trey Heffelfinger (Mount Union, PA/Mount Union), who was voted the AMCC Golfer of the Year, and Jack DiTrani (Hinsdale, IL/Benet Academy), who was selected as the conference’s Newcomer of the Year.

Heffelfinger led the AMCC in scoring average this season, shooting 75.63 per round while golfing in eight total rounds for the Lions this fall. He carded sub-80 scores in seven of his eight rounds, including a season-low 70 during day two of The Gauntlet on Sept. 12. During the AMCC Championships on October 10-11, Heffelfinger shot two of the conference’s four rounds under 80 to win the tournament’s individual title with a two-day score of 150. During the season, he was named the AMCC Golfer of the Week on Sept. 12.

DiTrani golfed in all 11 rounds for the Lions this season and ranked second on his team and third among all AMCC golfers with a scoring average of 78.45. He scored under 80 in seven rounds this fall, including back-to-back season-low scores of 75 and 74 during The Gauntlet on Sept. 11-12. DiTrani also took the individual runner-up medal in the AMCC Championships, shooting 78 and 81 to compile a two-round score of 159 that placed him second among all participants. During the season, he was named the AMCC Golfer of the Week on Oct. 10.

Toth competed in all 11 rounds for Penn State Altoona this season, finishing fifth in the AMCC and fourth on his team with a scoring average of 79.55. Five of Toth’s rounds this season finished under 80, including a career-low 72 in day one of the Mountain Valley Collegiate Classic on September 16. He took fourth place individually during the AMCC Championships, shooting 85 and 80 for a two-day score of 165.

This is Toth’s first career selection to an All-AMCC team.

Nusbaum golfed in all 11 rounds for the Lions and ranked fourth in the conference and third on his team in scoring average, shooting 79.36 per round. He registered eight rounds of sub-80 scores this fall, including a season-low 71 at the season-opening Pitt-Bradford Invitational on Sept. 3 that placed him first individually out of 47 golfers. Nusbaum placed 20th during the AMCC Championships with a combined score of 181. During the season, he was twice selected as the conference Golfer of the Week, receiving the recognition on Sept. 6 and 27.

Prior to the NCAA Championships, the Lions will compete in a schedule of spring events that opens on April 1-2, when the team will host the annual Penn State Division III Challenge at the Penn State Blue and White Golf Courses. 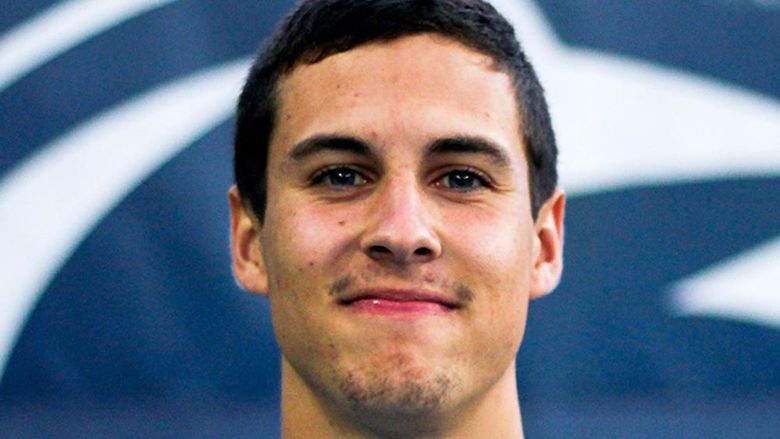